F1’s visit to the Hungaroring usually throws up an interesting race, and that proved to be the case in 2017 despite the circuit being notoriously tricky to overtake on.

It was an intense and high-pressure race, especially in the final 20 laps, with Vettel leading Kimi Raikkonen and Lewis Hamilton.

At one stage, all Valtteri Bottas was in the fight too, with the top four separated by less than five seconds. But, team orders ended up playing a role in the result.

Vettel held the lead after Turn 1, quickly opening up a small advantage, before he started to struggle – radioing in to report his steering was leaning slightly to the left on the straights.

This put Raikkonen into contention and despite closing in on Vettel, falling away, and then cutting the gap once again, team orders shut his challenge down.

Vettel claimed his second win at the Hungaroring and fourth win of the season to extend his lead in the standings to 14 points, ahead of F1’s summer break. Raikkonen made it a Ferrari 1-2.

But it wasn’t the only team to lock their drivers into position. Mercedes also used some team orders to influence their race, with Bottas letting Hamilton past mid-way through the race.

This was because Bottas was seemingly struggling to close on the Ferraris and Hamilton had better pace at the time, but Hamilton promised that if he couldn’t get through, he’d give the spot back to his team-mate.

Hamilton quickly closed in on the Ferraris but the nature of the Hungaroring means it’s tough to follow other cars, and he failed to get close enough to try an overtake.

Max Verstappen was closing on Bottas after his late pitstop, with much fresher tyres, but Hamilton still did what he’d promised and backed off on the final lap.

He let Bottas through right at the final corner, giving the Finn – who had been quicker in qualifying and had a better start – P3. Hamilton was fourth, with Verstappen close behind in fifth.

Verstappen was 13 seconds off the lead at the finish, so you’ve got to wonder what he could’ve done without his 10-second time penalty for his lap one Ricciardo clash.

Fernando Alonso was sixth after a strong showing for McLaren, ahead of Carlos Sainz Jr., Sergio Perez, Esteban Ocon and Stoffel Vandoorne.

If you’re wondering how Paul di Resta did in his one-off return, he retired with an issue, having spent most of the race at the back of the pack.

He even angered Raikkonen into a savage radio message, which was absolutely hilarious. 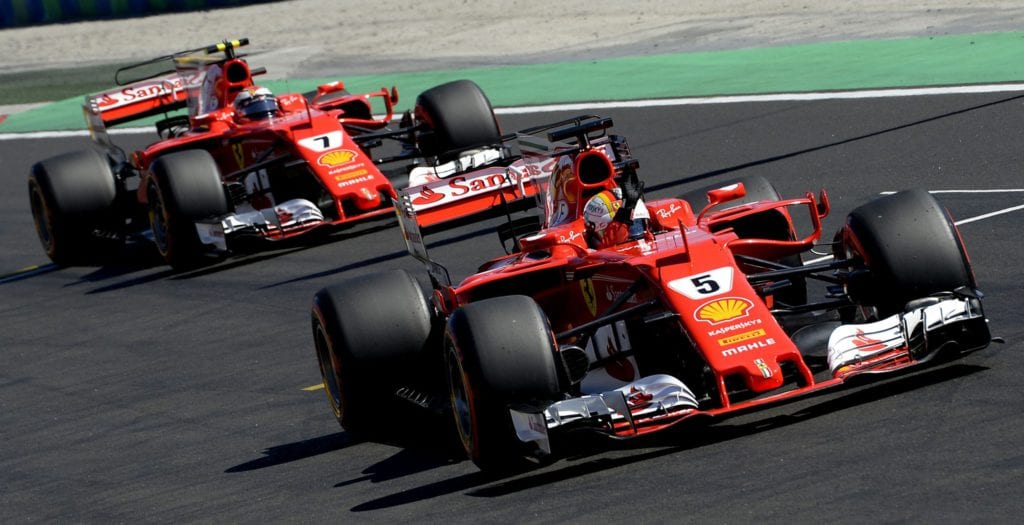