There are some pretty good Lego racing car sets out there already under their ‘Speed Champions‘ banner but some fans will always want to go a step further and design and build their own.

That’s exactly what Manuel Nascimento has done with this amazing Lego Technic replica of the Porsche 919 Hybrid that Nico Hulkenberg, Nick Tandy and Earl Bamber took to victory at Le Mans in 2015.

Somehow he’s managed to squeeze some electric motors inside which operate the wheels, doors, lights and engine cover, although apparently it’s too low to the ground and too heavy for it to actually move along the ground. That doesn’t matter though, because it just looks so damn cool. 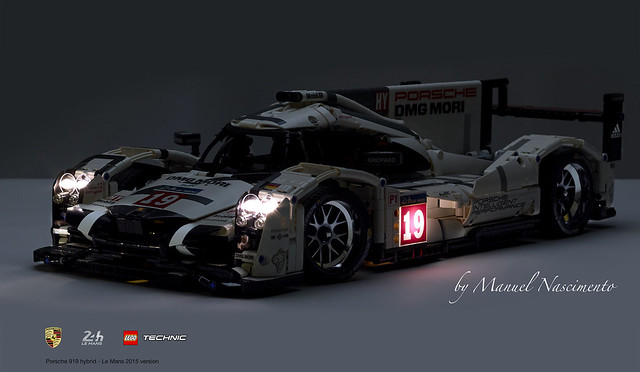 Manuel wanted it to look as aesthetically realistic as possible, and I think it’s safe to say he’s succeeded. There’s so much detail – amazingly all of the stickers were handmade and positioned to be as faithful as possible to the real thing.

It’s a shame it’s only a one-off, because with Christmas fast approaching this is something that would definitely be on our wishlist.