The 10 Closest Finishes In F1 History

Valtteri Bottas and Sebastian Vettel provided an exciting finish to the Russian Grand Prix but there’s been much, much close finishes in Formula 1.

Advances in timing technology over the years make it pretty much impossible to accurately compare different eras but according to the record books, here are the 10 closest.

The real story of this race was Jim Clark’s recovery drive. He lost a lap early on after getting a puncture but amazingly gained it all back, and he took the lead with eight laps to go. Unfortunately on the last lap his Lotus suffered a fuel issue and he dropped back to third.

That left John Surtees and Jack Brabham to fight for the win. Brabham lunged ahead into Parabolica but went wide on the slippery cement dust, which allowed Surtees to slingshot his Honda back past to take the win. A Honda winning? On a power circuit? Someone give McLaren a time machine!

The first of three Ferrari 1-2s on this list, none of which sadly were genuine battles. Barrichello had dominated the Austrian Grand Prix, but of course he wasn’t Ferrari’s number one driver, so the team wouldn’t let him win.

Rubens was told to give up the win (remember, this was only round six of the season!) and he duly did so – right on the finish line. Michael was clearly embarrassed by the whole thing and gave his team mate the winning trophy on the podium as the crowd booed. The whole thing was a shambles.

Schumacher lead the wet 2000 Canadian Grand Prix fairly comfortably, but in the closing laps Barrichello began taking huge chunks out of his lead in pursuit of his first win.

Predictably though Ferrari had told him not to overtake Schumacher, and he played the part of the dutiful number two driver and followed him across the line.

This was the first Formula 1 race for the Mercedes team and they utterly dominated with their new W196. Most of the opposition fell apart trying to keep up with Fangio and Kling, who battled for the lead for much of the race around the high-speed Reims circuit.

On the last lap however team orders came into play and Fangio won from Kling in a formation finish.

Finally, a close finish not dirtied by team orders! The 1961 French Grand Prix was a real race of attrition and come the end the battle for the win came down to Baghetti’s Ferrari and Gurney’s Porsche, with the Italian coming out on top as they crossed the line.

What a way to win your first championship! Jackie Stewart sealed the deal with three races to go in 1969 after coming out on top in a four-way battle for the win at Monza.

Jochen Rindt, Jean-Pierre Beltoise and Bruce McLaren were all in the hunt but it was the canny Scot who came out on top, thanks partly to a choice of gear ratio that meant he wouldn’t have to change gear on the run to the line. At the end all four drivers were split by less than two tenths of a second.

The turbocharged cars had a huge advantage on the furiously fast Osterreichring, but pretty much all of them broke and it was left to the naturally aspirated Lotus and Williams to fight for the win.

Both drivers were chasing their first win and although Rosberg had all the momentum having reeled de Angelis in, it was the Italian who did just enough in the final corner to pip the eventual 1982 champion to the line.

A three-way battle for the lead between Prost, Senna and Mansell at the tight and twisty Jerez circuit was largely an exercise in fuel and tyre preservation – until Mansell decided to pit for fresh rubber.

Benefitting from the extra grip, Mansell soon dispatched Prost and set off after Senna. He made up almost 20 seconds on him in 10 laps and on the last lap he was right with him. Mansell leapt out of the final corner and drew alongside Senna, but the Lotus had just enough to hang on and claim victory.

Schumacher had lead pretty much the entire race, and on the last lap he slowed to allow his team mate to catch up for a formation finish. Except he slowed too much and Barrichello crossed the line first – just.

What Schumacher giving Rubens back the win he’d taken from him in Austria earlier in the year? Was it an attempt at a dead heat that went wrong? Either way, it was another case of Ferrari making a bit of a mockery of the sport once again. Thanks, guys.

This was Peter Gethin’s only Grand Prix victory – and what a way to do it! 1971 was the last year of F1 at a completely chicane-less Monza and it was even more of a slipstream-fest with five drivers – Peter Gethin, Howden Ganley, Ronnie Peterson, Francois Cevert and Mike Hailwood – in with a chance of winning on the final lap. To make matters even more interesting, none of them had ever won before!

In what was the fastest ever Grand Prix until the 2003 Italian GP, Gethin’s BRM just held on to win ahead of Peterson’s March, with Cevert finishing in third for Tyrrell, less than a tenth away from Gethin. Poor Howden Ganley was just six tenths down on the winner – and he was only fifth! 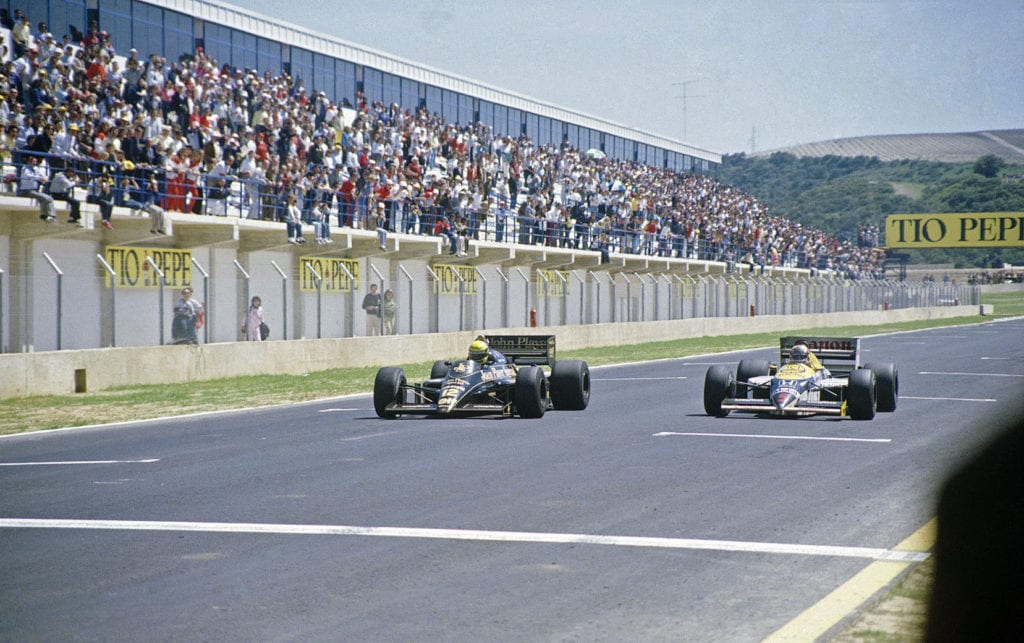