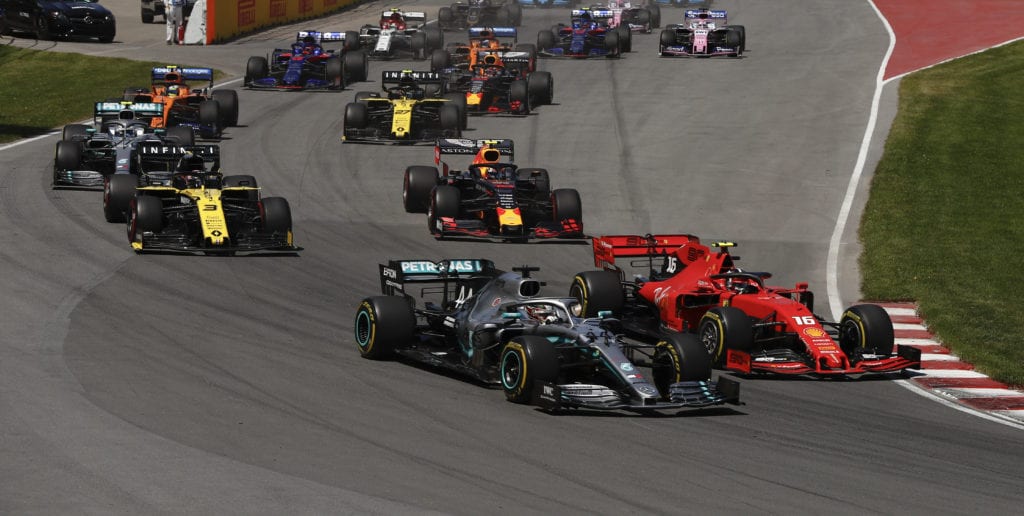 The first season of Netflix’s Drive to Survive proved to be a huge hit – exciting enough to draw new fans into the sport and, although there was definite dramatisation of certain elements in the name of telling a better story, it was still a good watch for the die-hards.

With production of the second season well underway – this time with Mercedes and Ferrari – it got us wondering what sort of episodes we’d like to see. There have already been a load of obvious storylines this year which would be worth covering, so we’ve taken a more light-hearted approach to a 10-episode plan based on what’s happened in 2019 so far, with brief descriptions of what those episodes might involve. Let’s dive in!

After taking a crushing win in Melbourne, Valtteri Bottas famously put some of his performance down to the delicious bowl of porridge he’d had for breakfast that morning. In this episode, Drive to Survive takes a look at all the breakfasts that Bottas eats during a race weekend and examines whether or not his morning diet shows any correlation with his on-track performances.

Was the porridge-induced success a one-off? Do other breakfast foods have positive or negative effects? Or were Bottas’s post-Australia comments merely the result of him being used as a figurehead to shill Big Porridge? Find out in Episode 1: Breakfast at Valtteri’s!

Kimi has been doing an utterly mega job for Alfa Romeo this season and has been freely offering his own input. Being pretty handy at the engineering side of things is something the Iceman has become known for, but just how much of an impact does he really have?

In this enlightening episode, we discover that he does more than just take a grinder to his seat. Incredible behind the scenes footage shows Kimi taking charge in post-race debriefs, offering tips on front wing design, and guessing how many laps a particular set of tyres has done just by sniffing them. In one harrowing scene, his own engineers are forced to hold back the tears as they explain to a furious Kimi the reason for the team’s penalty in Hockenheim, just days after he’d informed them of the possible problem after encountering it in a dream.

We all know the name Dr Helmut Marko. As well a successful former racer in his own right, he’s the man behind many of the most talented young drivers in recent times – and the reason why very few even make it to their mid-20s before they get dropped for the next bright young star.

But who really is Helmut Marko? This special episode follows him around for an entire day to really get into the nitty-gritty of Marko, the person. As well as showing how he keeps tabs on up-and-coming drivers and makes the decisions on who to promote and who to drop, there’s a touching moment involving Daniil Kvyat and a game of Monopoly which proves that he’s not quite as scary and heartless as he’s made out to be.

Ever since the company effectively changed hands and William Storey was taken out of the picture, Rich Energy has ceased it’s memealicious activities. But that doesn’t mean they should be forgotten.

This would be an incredibly short episode which would require very little artistic embellishment – a mere slideshow of the various hilarious tweets would be enough to make for compelling viewing. There could perhaps be a small talking heads segment in which personalities from the world of F1 explain all the ways in which the tweets make no sense, even though – in most cases – it’s blindingly obvious why.

McLaren has been a revelation this season. Not only in terms of the performance of the car, but in the way that Carlos Sainz and rookie Lando Norris have quickly become one of the sport’s favourite teammate pairings. Their cheery demeanour, willingness to joke around and Lando’s penchant for creating memes is a real breath of fresh air.

However, when you look under the surface, all is not as it seems. In the process of filming for this episode, the Drive To Survive team discover a simmering frustration over on the Spanish side of the garage. Sainz puts a brave public face on things, but behind closed doors it turns out he has become utterly obsessed with beating his teammate – not just on track, but when it comes to meme culture. Every second of his spare time is spent scrolling the deepest recesses of the internet. He’s set the homepage of his phone and laptop to knowyourmeme.com. He even once disguised himself and applied for a job at a well-known social media-based motorsport outlet.

His goal? To become so at one with internet culture that, at some point in the future – perhaps when he’s fighting Norris for a championship – he can create and unleash a barrage of memes so dank that Lando becomes destabilised, hindering his performance and handing Carlos a critical edge.

Ever since he left F1 at the end of 2018, Alonso is being forever linked to seats – partly because he’s a quality driver who’s more than good enough to still be on the grid but mostly, it’s just wishful thinking.

This episode looks at and examines all of the rumours that cropped up during the season and examines whether there was any truth behind them – such as whether he was ever in the frame to replace Pierre Gasly at Red Bull, or if he’s considering a McLaren comeback. The whole episode then goes through an increasingly ridiculous series of rumours, ending with the preposterous conspiracy that the entire German GP was faked by a conglomerate of desperate and influential Alonso fans in order to make him appear like the logical choice for a seat at Mercedes or Ferrari.

The German Grand Prix started out as a weekend of celebration for Mercedes – a home race, 125 years of motorsport, title sponsor of the event, a throwback livery, retro team gear, Lewis Hamilton on pole.

It ended as a weekend of horrors – an ill Hamilton damaging his front wing and spinning out of the points, Bottas crashing out while chasing a Racing Point, and only penalties for others preventing it from being a pointless weekend.

This episode tells that story in the way you might expect, with interviews and behind the scenes footage adding colour to the story. The difference is that, in very much a departure in tone for the series, the whole thing has been edited together in the style of MLG parody videos on YouTube. Expect plenty of airhorns, distorted audio, and liberal use of hit markers for the on-track action. Probably best to watch this one without headphones.

Even the best TV shows have their bad episodes and unfortunately, this looks like being one of them. Apparently keen to do an episode on the difficulty of being a talented young driver at a struggling team, instead the producers found that the only thing Russell would talk about was his expertise in the entirely of Microsoft Office, passionately and in great detail. After all, this is the man who once gave a PowerPoint presentation to try and get an F1 seat –

Instead of insight into Williams’ problems, we get a tutorial on how to use VLOOKUP in Excel, as well as an outrageous claim by Russell that he knows how to insert an image into a Word document without it completely ruining the format of the page.

Who knows, it might well turn out to be an OK watch in its own unique way. But if you’re after F1 content from an F1 documentary, it’s unlikely this will scratch your itch.

Since the middle of 2018 Verstappen has gone from strength to strength and, up until the summer break this year, has arguably been the best driver so far this season.

He’s always been an outstanding talent, but this episode takes an in-depth look at how he’s managed to marry consistency to his raw speed and aggression. That in itself is likely to be an interesting watch, but what promises to really make this episode a corker are the predictions of his future. Analysts have extrapolated his recent improvements to the rest of his F1 career – with startling results: a title challenge in 2020, a title win in 2021, all the way up to… well, we won’t spoil it for you, but let’s just say that by 2030, we’ll be wishing for just one race to be as unpredictable and exciting as this year’s French GP.

Sebastian Vettel’s race-deciding five-second penalty in Canada was one of the most controversial F1 moments in years so, unsurprisingly, this forms the basis of the season finale.

However, to ramp the drama up even more, this episode only features comments and discussions from those at the extreme ends of either viewpoint and zero balanced opinions. Some think Vettel should have been banned for life for his deliberate and dangerous manoeuvre, others talk about how Hamilton has a secret direct radio link with the stewards and spent several laps bribing them to issue a penalty. Tinfoil hat central? You bet!

He was the breakout star of the first season, so did you really think Netflix would allow the second season to not include him at all?

A couple of weeks after the 10 main episodes are released, this special hour-long bonus episode will be a simple supercut of all the interesting and amusing things the Haas team principal has said over the course of the season, completely out of context. We can’t wait.

This is very much an attempt at a light-hearted take on potential episodes. If you’ve got any ideas for what you’d like to see in the next series of Drive to Survive – serious or ridiculous – then let us know in the comments! 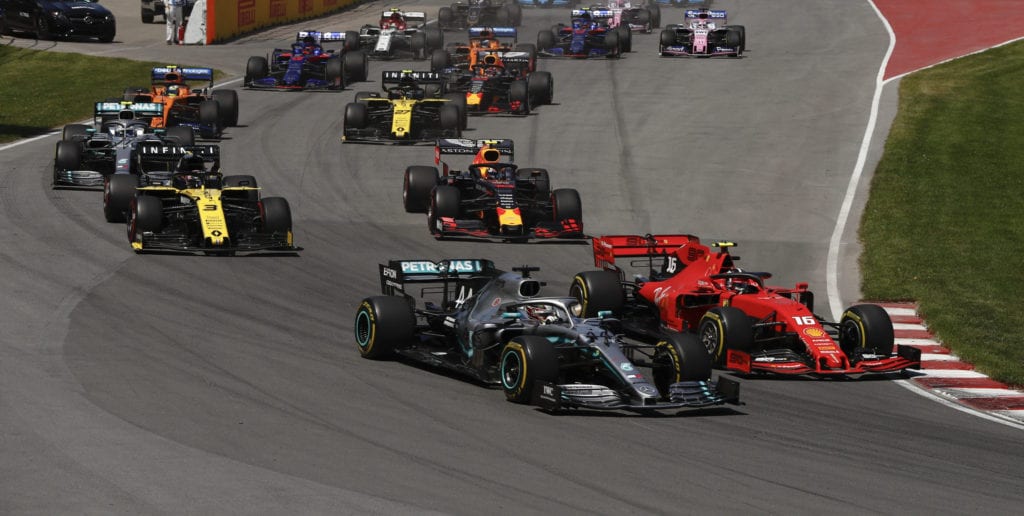 Someone Has Built A Homemade Version Of F1’s Podium Robots

What Rules Would Drivers Come Up With If They Were In Charge Of F1?