The 1957 German Grand Prix Saw One Of The Greatest Drives Ever – WTF1
Skip to content
×
Formula 1 , Retro

Formula 1 in the 1950s was almost like a completely different sport to what it is today, which is why it’s so difficult to compare drivers across era. There’s no doubting, however, that Fangio is up there, and his performance at the Nurburgring in 1957, driving the iconic Maserati 250F, proves why.

After a cautious start, he took the lead and began to build a gap. However, he only had half a tank of fuel as he and his Maserati team had decided to make a rare pit stop at half-distance. It was never going to be quick, but taking on fuel and new tyres ended up taking way longer than expected and by the time he rejoined, he was almost a full minute behind the Ferraris of Peter Collins and Mike Hawthorn.

That’s when the magic began. Fangio began eating into their lead at a rapid rate, smashing the lap record. The previous year, the lap record was set at 9:41.6. In 1957 Fangio lowered it by an enormous 24.2 seconds. His best lap of 9:17.4 was even eight seconds quicker than his pole position time had been. Neither Ferrari driver could get within 10 seconds of his lap times.

On the penultimate lap, he passed both Ferraris, took the lead, and won. In the process, the 46-year-old took his fifth and final championship, as well as his 24th and final F1 victory. He later said that he’d done things in the car that day that he never wished to do again. 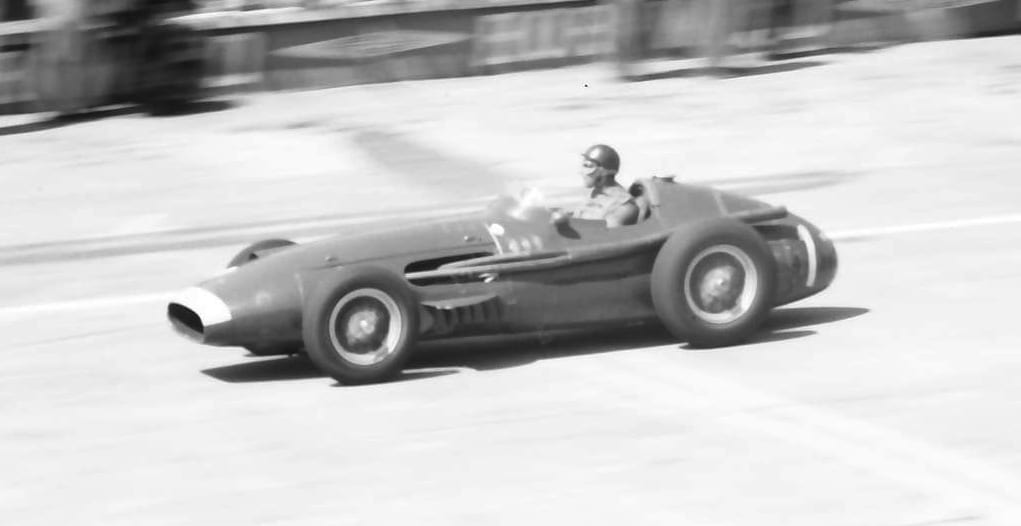