Tomas Scheckter, son of 1979 F1 champion Jody, had led much of the race until, with just 27 laps to go, he crashed out. That put the Penske of Castroneves in the lead following a caution period, but he’d taken a risk in not pitting and was going to have to take it a little bit easy in order to not run out of fuel before the end of the race.

That left him open to challenges from those behind. Felipe Giaffone made an attempt to pass and failed, as a result losing second place to the Team Green car of Paul Tracy. With two laps to go, Tracy had a run at Helio and made a move stick. At pretty much exactly the same time as this was happening a crash occurred between Laurent Redon and Buddy Lazier, bringing out the yellow flags. The race was neutralised, Tracy was in front, and won the Indianapolis 500 for the first time. Job done, right?

Errm, not quite. Despite Tracy’s celebrations on the radio, race control had declared Castroneves as the leader at the time the caution was flown and he was scored as the winner with Tracy second, much to the confusion of Paul and his team. So, what happened?

Race control stated that Castroneves was ahead at the time race director Brian Barnhardt called for the caution, which is why he ended up winning. However, Tracy and his team (as well as some other drivers and journalists) believed the pass had been completed before the system of yellow lights around the circuit had come on. Tracy said: “I feel that I was ahead of him when it went yellow. I passed him, and I saw green. We’re going to protest this thing because I was ahead of him when the yellow came out.” Helio, meanwhile, mentioned that the only reason he’d been passed was because he’d slowed down for the caution period.

Team Green protested the result, but it was rejected following a hearing and almost six hours of reviewing the race footage. The following day saw another appeal, with the same result. Race director Brian Barnhardt stated that “Team Green did not present anything that was conclusive enough in any way, shape or form to change our mind.”

Still unhappy with the decision, the team then submitted a formal written appeal. That too was overturned, and on 2 July that year – six weeks after the race – Castroneves’ victory was upheld, with officials declaring that Tracy hadn’t completed the pass before any of the various caution signals – lights, flags, radio messages – were deployed.

But even that wasn’t the end of it. In 1996, IndyCar split into two separate series, CART and IRL, with separate championships for both. The biggest race, the Indy 500 was an IRL event in which CART teams entered – and in 2000 and 2001, won – and naturally the decision to award Castroneves, an IRL driver, over Tracy, a CART driver, was quickly seen as political. Before the cars had even returned to the pits it was being suggested, with Tracy being told on the radio “they are not going to let one of us win.”

Naturally, fans of each series sided with their driver, with CART fans being particularly cheesed off. T-shirts and hats which declared Tracy as the real winner of the Indy 500 were sold trackside. Tracy, no stranger to controversy, would happily wear them in public. He later referred to the IRL cars as “crapwagons” and didn’t race at Indy again until 2009.

But despite being scored as the second-place finisher, Tracy feels he’s the still the rightful winner. Speaking in 2009, he said:

“I don’t have the material things that show that I won the race. I don’t have the trophy. I didn’t get the money that comes along with it. But from the other side of it, I have that feeling that you long for when you’re a kid in your driveway playing hockey and you’re counting down five seconds left, and you score the winning goal.

”We were coming down to the closing stages of the race, and I made an outside pass for the win. That’s what every kid dreams about – there’s one second left on the clock and you make the winning basket. That’s in my soul now. So I have that feeling of winning there, which I think is more important than having a trophy on your shelf. After a while, you never look at it anymore, and it just gets tarnished.”

Of course, the real question is this: who did actually win the race? Was Paul Tracy denied victory by politics and a haphazard application of the rules? Or was Castroneves the rightful winner, who was only passed because he’d responded to the caution period? Whatever you think, it’s unlikely we’ll ever know for real. 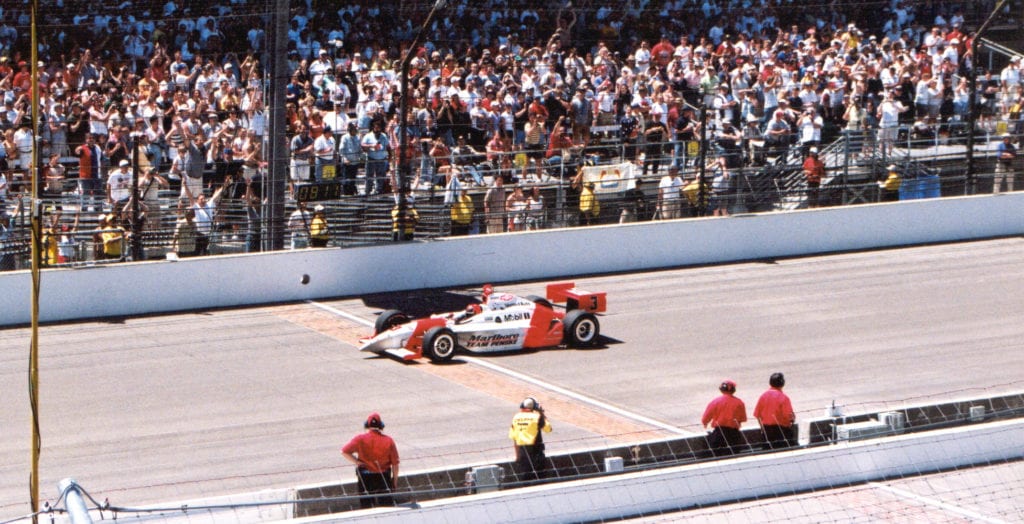