We’ve already seen how the team principals rated the drivers of 2018, now it’s time to see what the drivers themselves think of their rivals. The F1 website asked the drivers to anonymously give their top 10, with points being awarded based on F1’s actual points system and then combined to come up with an overall top 10.

17 drivers took part (only Sergey Sirotkin and the two Mercedes drivers missed out) and here’s the result:

The top six is the same as the team principals (albeit with Alonso and Vettel swapped around) but there are some interesting differences in the lower half of the list.

Gasly doesn’t even feature in the team principals list, yet here he’s seventh, while Kimi drops two places to ninth. Hulkenberg moves from 10th to eighth and Perez replaces teammate Esteban Ocon in the list completely. Valtteri Bottas doesn’t feature at all…

What does this mean? Well, nothing – it’s just a bit of fun. Plus, drivers were apparently allowed to vote for themselves, so whether or not they chose to do so could end up skewing the stats a bit. It’s still interesting to note the difference in perspectives between how the drivers view each other and how the team bosses view the drivers, though. 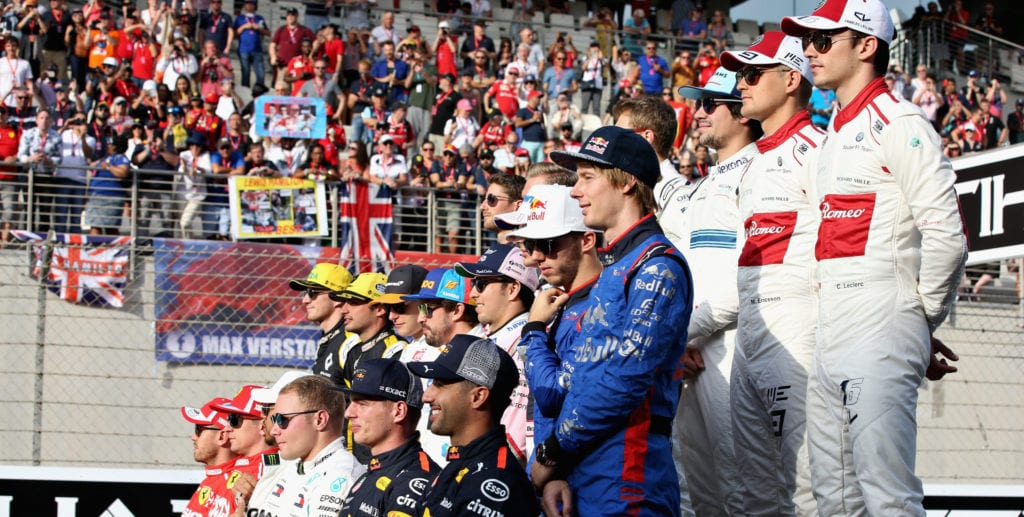