The 2018 World Rallycross Season Ends In Style As Kristoffersson Turns It Up To 11 – WTF1
Skip to content
×
News , Rallycross

There comes a point where you begin to run out of superlatives to describe Johan Kristoffersson. At the final race of the 2018 World Rallycross season in Cape Town he took his 11th win of the year, making it nine victories on the bounce.

If it had not been for Belgium and a certain Sebastien Loeb (among others), Kristoffersson would have completed a clean sweep of victories throughout the year. He has beaten his records from his previous campaign, become the second driver in World RX history to have a perfect weekend and on top of all of this, became a double champion. Not only did he win his second championship in World RX but he also emerged victorious in the Scandinavian Touring Car Championship this year.

At the start of the weekend, it looked as though it might not work out for the Swede. Loeb ended the first day fastest after topping the timesheets in Q1, and it was Petter Solberg who was hot on his heels, even after the drama of the PSRX Volkswagen Sweden cars arriving late to the event. An issue caused a spin for Kristoffersson in Q1, meaning he could only climb to sixth overall in the standings overnight.

As the final day of racing for the 2018 FIA World RX season dawned, it was anybody’s guess who would end up as top qualifier and eventual race winner. Several drivers were in with a shout, with the majority of the field looking for their first win of the season. But in a case of serious déjà vu, it was Kristoffersson who made the comeback, taking his eighth top qualifier spot of the season – and pole for the final.

Lining up alongside him was teammate Solberg, with Loeb and Timmy Hansen occupying row two, and Mattias Ekstrom and Kevin Hansen on row three. Everyone got away from the line well, and for a moment looked like Solberg might be able to take the lead, but ultimately it was Kristoffersson who held on. Ekstrom managed to jump from fifth to third by the first corner, whereas Loeb dropped back. He jokered along with Timmy Hansen on the first lap.

Kristoffersson was gradually building a safe lead meaning the battle for second was where the excitement was. Ekstrom had second in the championship standings sewn up, but it looked as though it would be Solberg who would be taking second in the race. But, in a cruel twist of fate for the Norwegian, Solberg spun, and as a result of the dust he kicked up, an unsighted Timmy Hansen made contact with his stricken car. Both were out, and Ekstrom had been promoted.

Meanwhile, Kevin Hansen was trying desperately to grab his first podium in the championship at a track that he tends to do well on. He jokered on lap two but didn’t have enough of a gap to the resurgent Loeb, and so dropped back a place. Ekstrom jokered a lap later and emerged ahead of both of them.

With a five-second lead in hand, Kristoffersson took his joker on lap four and came out ahead of everyone without any fuss. The order remained the same to the flag – an 11th win for Kristoffersson. His win percentage in the finals stands at an incredible 92 per cent.

With the winter break now upon us, the question surely must be asked of who, if anyone, can end Kristoffersson’s dominance. Can he make it three world championships in a row, or will somebody else stake their claim? 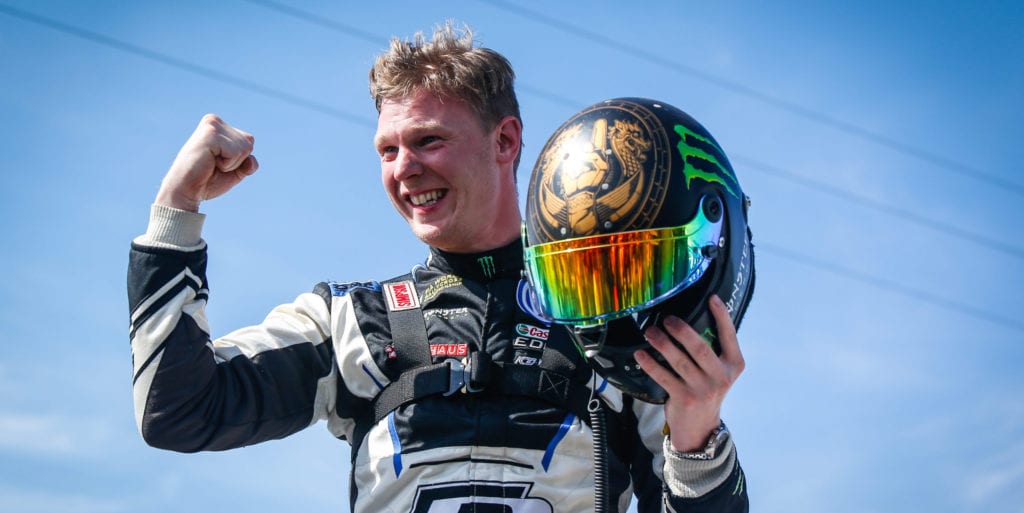