The 2019 Formula 1 Season Calendar Has Been Announced – WTF1
Skip to content
×
Formula 1 , News

The 2019 Formula 1 Season Calendar Has Been Announced

After some uncertainty given that its contract was over, the return of Hockenheim means that the German Grand Prix will be held in two consecutive years for the first time since 2013 and 2014. Its inclusion on the 2019 schedule comes in part thanks to the postponement of the planned Miami Grand Prix. Suzuka also retains its place on the calendar, signing up for three more years of hosting the Japanese Grand Prix.

As for the rest of the calendar, it’s pretty much as you’d expect. The Australian GP starts a week earlier than usual, with the Chinese Grand Prix being confirmed as the third round of the season – that’s important, because it means it’ll host the landmark 1000th world championship race.

The final race will be in Abu Dhabi again, although it’ll be held a week later than usual. That means the race will be held on 1 December, making it the first time a race has been held in December since 1963. Here’s the whole calendar:

Hooray, no more triple-headers! The whole thing has to be approved by the FIA World Motorsport Council, but that should be a mere formality. 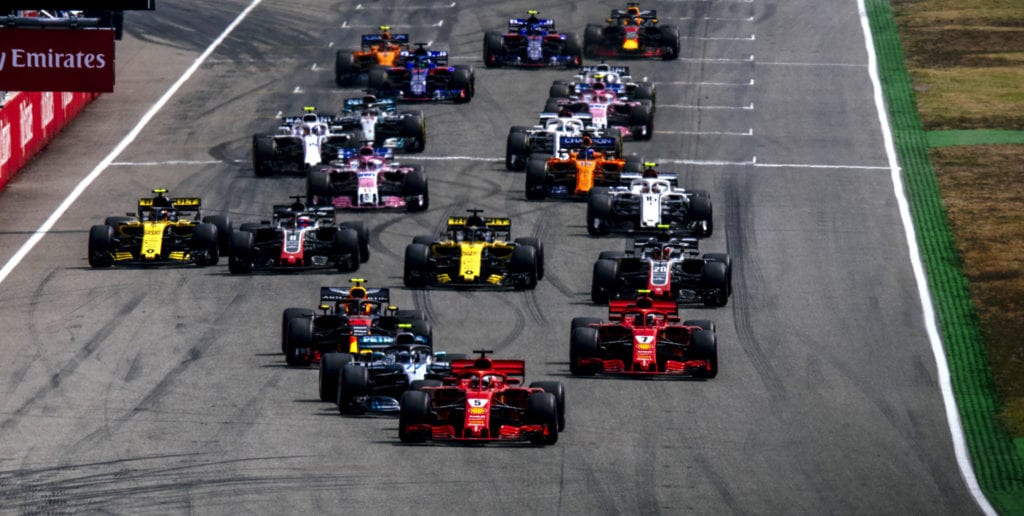