But instead of deciding who was the best driver, which race was the most entertaining, or which rookie impressed the most, we’re picking winners in some of our more alternative categories.

So, if you want to know what the most predictable moment was, who does the best impressions, or which driver most embodied Pastor Maldonado this year, then read on.

It wasn’t surprising to see Lewis Hamilton win his sixth title, nor was it a shock to see Ferrari completely fumble with the challenge of managing two very competitive drivers. But the most predictable thing ironically happened during the incredibly unpredictable German Grand Prix.

Nico Hulkenberg has – or perhaps that should now be had – a bit of a reputation for getting into strong positions in crazy races, only to mess it up with an unforced error. That happened yet again at the Hockenheimring when it looked for all the world that – after a strong drive which saw him move into the top three – he might finally get to take home some silverware. Then, he got on the slippery dragstrip and slowly slid into the barriers and out of the race… to the surprise of absolutely no one.

Don’t look now, but the person behind yo–

We couldn’t give this to a specific meme, like Valtteri Bottas’s porridge-eating antics, because Norris has essentially revolutionised the F1 meme game in his debut season to the point where Lando himself as essentially become a meme.

He was already a bit of a memelord in the junior series and we wondered if the serious nature of F1 would dull his edge – but if anything, he’s only got meme-ier. From the classic love of milk to his Valentino Rossi hat and general bromance with Carlos Sainz, he’s been a breath of fresh air on the F1 grid. In some ways, seeing what he puts on Instagram after a race is almost as exciting as seeing what he does on the track during a race.

George Russell’s perfect finishing record came to an end in Singapore when he was tagged out of the race by Romain Grosjean. Afterwards, he said it was a shame that Grosjean’s race wasn’t ruined as well, but he saved his most savage burn for this incredible caption on the way to Russia:

To Sochi with friends… and Romain 😜

Yowzers! It was, of course, said with tongue firmly in cheek, but that doesn’t stop it from being any less hilarious.

At the opposite end of the ‘quality social media content’ scale came this utter abomination from Sergio Perez. During the Italian GP weekend, he indulged in a bit of local cuisine (it’s Italy, why wouldn’t you?) and decided to share his choice of pizza on Instagram. But instead of going for the classic Napoletana or a nice Quattro Formaggi, he shared this absolute train wreck of a pizza, topped with *shudder* tuna and chips.

I don’t know what’s more amazing – the fact that he was able to get a pizza like this in Italy, or that he thought sharing his choice on online was a good idea. Some things can’t be unseen and for that, I will never forgive you, Checo.

Carlos Sainz not being broadcast by FOM became a bit of a thing this year, with Sainz himself even noticing how little he was being picked up by the cameras. It was especially cruel, therefore, when the race of his life in Brazil, going from 20th to third, was only confirmed following a post-race penalty for Lewis Hamilton, which meant that he didn’t even get to enjoy standing on the podium in front of the TV cameras.

As great as a first podium is, that’s kind of a disappointing way to achieve it – but given that Sainz not being on shown on TV was already a thing, at least we could have a bit of a laugh at the whole situation.

During qualifying for the season finale in Abu Dhabi, Romain Grosjean had to take avoiding action when Daniil Kvyat was released from his garage at slightly the wrong time. After the session, Kvyat busted out his best Franco-Swiss accent to pull off this flawless impression of the Haas driver. Close your eyes and you could be forgiven for thinking it was Grosjean himself.

NEEEUM: The fastest remix of all time

F1 has launched a few weird things this year, from the tyre performance graphic which seemingly pulls data from a random number generator to a set of limited edition perfumes. But this was undoubtedly the strangest thing.

Essentially a preview to the Chemical Brothers song which featured a dog driving an F1 car in the music video, this three-second clip is dubbed the ‘WGTT15000BPM F1 NEEEUM MIX’ and was claimed to be the world’s fastest remix. It was also supposed to the be “the new global sonic identity for F1” (whatever that means) and there was even a press release for it. To add to the weirdness, unless we’ve missed it, we can’t recall hearing this used for anything this season. Magnificently pointless in every sense.

The Canadian GP was a bit of a low point of the season, not least for Vettel, who was a bit upset with the five-second penalty that cost him the win (to put it mildly).

However, his effort to remedy the situation was also the best lead change of the season. Talked out of hiding away in the Ferrari motorhome instead of visiting the podium, he decided to storm through parc ferme, moving the ‘1’ board from in front of Hamilton’s car and putting it in front of the empty space where his car should have been instead. On track overtakes for the lead are one thing, angrily doing it in parc ferme as a protest – to the delight of almost all of us watching at home – are quite another.

Suspicion levels were high when Rich Energy was announced as Haas’s title sponsor, and as the season went on, all of our hopes and dreams came true when the energy drink company’s Twitter account (apparently run by eccentric Rich Energy CEO William Storey) started coming out with absolute gold.

Following a build-up with the Whyte Bikes logo dispute, the torrent of hilarity really began when a Tweet was used to apparently terminate the Haas sponsorship deal. This was followed up with a series of increasingly combative responses when the entire F1 community called them out on the fact they were seemingly trying to conduct complex business negotiations and legal matters on Twitter. They’ve all been deleted now, sadly, including this stupendously baffling attempt at a meme when the two drivers collided at Silverstone.

Nope, we don’t know what it means either. The madness continued afterwards, too. Months after Haas officially terminated the contract and had the logos removed from its cars, Rich Energy continued to Tweet like it was still involved, as well as making a radical claim that Haas had been bought by a bunch of Saudi investors.

The mind boggles. How much longer will the Rich Energy continue to try and piggyback on the exposure of its brief dalliance with F1!?

Usually, we reserve this for a single odd story or strange moment during the F1 season. However, on this occasion, we’ve plumped for something a bit different because… well, the whole situation is too sensational not to.

It was embarrassing enough that Raghunathan was absolutely miles off the pace and shouldn’t have been anywhere near an F2 car, but he somehow made it worse with a series of preposterous errors which led to him receiving a race ban not just once… but twice. From doing too many laps in a race and taking out drivers who were lapping him, to breaking VSC procedure three times in one race and doing practice starts incorrectly, you have to wonder if Raghunathan even knows what a rule book is, let alone how to read one.

Better than all of those moments, however, was when he went down an escape road in Baku. After taking so long to turn around that his car overheated, a team member was later heard explaining to him how to turn the steering wheel.

We toyed with giving this to Raghunathan, but to be honest some of the things he’s done this year are far beyond any of the things Maldonado accomplished in his career and would be grossly unfair to Lord Pastor.

Therefore, we’ve decided to give it to someone who we never thought would ever even be considered for the award – Daniel Ricciardo. After messing up an overtake on Kvyat in Baku, he then reversed into the side of Toro Rosso, causing both drivers to retire. 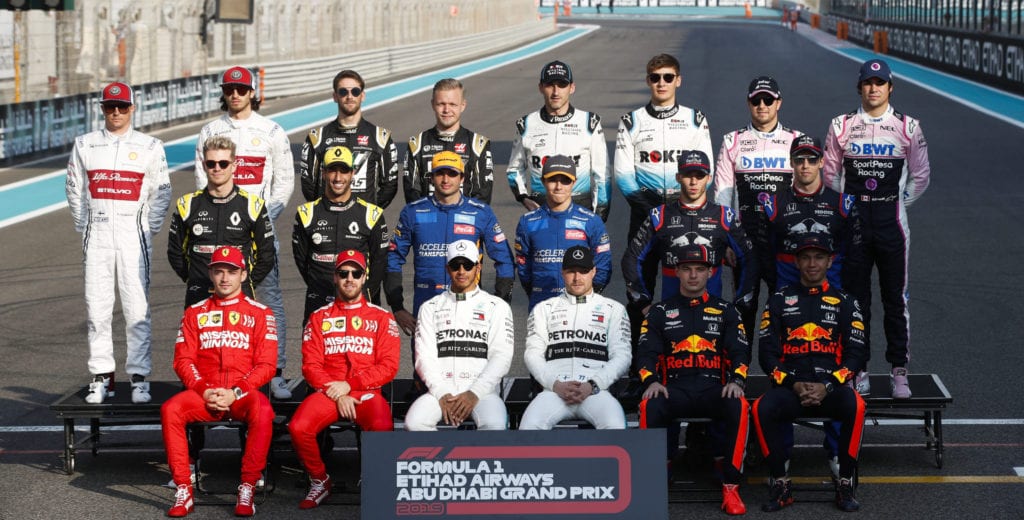