The 2020 World RX Schedule Has Been Announced… Sort Of – WTF1
Skip to content
×
News , Rallycross

The 2020 World RX Schedule Has Been Announced… Sort Of

The championship kicks off in Barcelona on 18-19 April and returns to Portuguese venue Montalegre after a year’s hiatus – but will the crazy sunshine-to-snow conditions seen in 2018 return with it? There’s also a World RX debut for the Nurburgring in the early stage of August (no, the joker lap will not be a tour of the Nordschleife), as the series moves around 500km south from the popular Estering.

While the calendar has expanded by one race to 11 rounds, there are some departures. There’s a goodbye to Silverstone, meaning that 2020 will be the first season to not feature a UK round in 11 years. Canadian circuit Trois-Rivieres, part of the championship for six seasons, will also be omitted next year. Abu Dhabi moves from its season-opening spot to become the penultimate round, with Barcelona (as previously mentioned) assuming its curtain-raiser status.

Montalegre’s reappearance prefaces the Benelux round at Spa, with a layout that uses Eau Rouge in reverse and proved to be popular with the drivers in its debut weekend earlier this year. In Silverstone’s place, the Norwegian round at the unnervingly-named village of Hell and the slightly friendlier-sounding Lankebanen track follows Barcelona in moving forward one round. But, it maintains its mid-June time slot.

A trip to Holjes in Sweden comes before the first of two rounds yet to be confirmed – the pair are set to be announced following the next World Motor Sport Council meeting.

The Nurburgring meeting will be held at a new track within the facility’s Mullenbachsleife area (or the Dunlop hairpin), and is subject to FIA circuit homologation inspections and approval. The former F1 venue is no stranger to hosting off-road events, with the now-defunct Internations Cup going there in the early 1990s.

French round Loheac is a rare non-mover at Round 8 at the start of September, before another unannounced round is scheduled in place of Latvia’s race. The Riga event was a big doubt before today’s news, due to the Latvian government being unwilling to financially back it.

The season concludes in Cape Town for the fourth year in succession at the Killarney International Raceway in mid-November.

Senior vice president of World RX’s promoter IMG, Paul Bellamy, thinks that the calendar has a fantastic mix of old favourites and upstart venues and confirmed that the Cape Town round will feature in ‘21 too.

“World RX continues to flourish as our footprint grows. We have put together a perfect blend of traditional rallycross circuits and bold new venues for 2020. We are delighted to add Nurburgring to the FIA World Rallycross Championship and equally pleased to welcome back Portugal in 2020 and extend our partnership with the City of Cape Town until 2021. Last year we added Abu Dhabi and Spa-Francorchamps. Next season Nurburgring joins the family and we will have further details of the two other destinations for 2020 shortly.”

Bellamy also touched on the new Projekt E series, a groundbreaking all-electric, production-based series that is the first of its kind. Projekt E will run as a support series to World RX in selected rounds, and the first car was shown to the world at last month’s Latvian round with a Ford Fiesta chassis.

An eclectic mix of venues, with a couple of things to be decided still. This is, of course, awaiting full approval from the WMSC. There is something to be said for this fad of announcing unfinished calendars though; with the DTM waiting a few weeks to confirm the addition of new Russian track Igora Drive to its own ‘20 schedule earlier this month.

Just let us know where we all stand, in short. 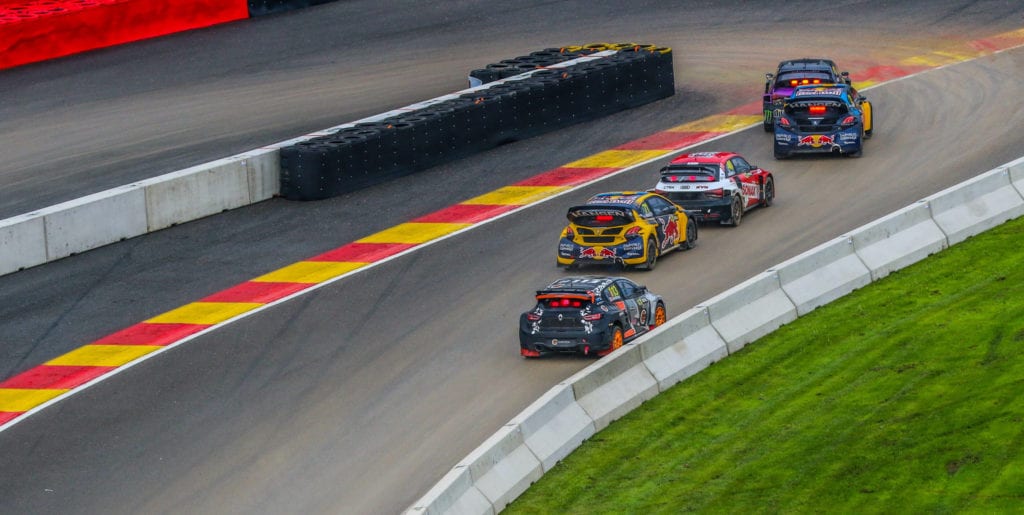