When the new Saudi Arabian Grand Prix track layout was revealed, there were several topics of discussion. Firstly, it’s going to be the fastest street circuit F1 has ever seen, it’s crazy long, oh and there are 27 FLIPPIN TURNS. 27?!

This got all of our little brains whirring at WTF1, and made us think ‘that’s like a whole lot of corners for an F1 circuit’. So much so, we wanted to find out what circuits actually had more than 27 turns that had been on the F1 calendar over the last 70 years.

To show you just why the new Jeddah street circuit is so unusual, the average number of turns for a circuit on the 2021 calendar* is 17. The new Jeddah circuit has an additional TEN corners on top of that average. The only circuit configuration that comes close is the Singapore layout that consists of 23 turns.

A formidable 6.175km ribbon of 27 corners, with a simulated average speed of more than 250km/h… 😱#F1 #SaudiArabianGP pic.twitter.com/FNVywZ6p2f

So what are the other tracks that had more turns? Well, let’s start off with the crazy 17.5-mile track that used to host the German Grand Prix.

This track had an absolutely insane 160 corners. It makes the Jeddah street circuit look like a walk in the park! The track was used between 1927 and 1982 and measured a mindblowing 22.835km.

With F1 cars being forever modified to make them quicker, the track began to become more and more dangerous to race on. In 1967 a chicane was added before the start/finish straight and three years later in 1970 the race was boycotted as it was seen to be too dangerous.

The length of the track, and the number of corners, meant that it required more features and marshalls to man the track and keep it safe. In 1976, F1 raced at the Nordschleife for the last time after reigning champion Niki Lauda was involved in a horrendous accident that left him with terrible burns.

Ah Pescara, the insane 25.8km F1 circuit. This Italian race track only hosted one event back in 1957 and information about it is quite sparse. There isn’t any official info on quite how many turns the circuit actually had, but it’s suggested that it’s around 50.

Being a road course, it took place throughout several villages and made a rough triangle shape. Featuring two 5.5km straights, the track was seen as being so dangerous that even Enzo Ferrari didn’t allow his drivers to compete in the 1957 Grand Prix.

Built around the base of an extinct volcano – we’re serious – this circuit has 48 turns and hosted four French Grand Prix between 1965 and 1972. At the time it was described as an even faster and twistier version of the Nurburgring, because that’s what we all needed.

The number of corners even caused some drivers to get motion sickness, and as a result led to some drivers having open-face helmets just in case. That was probably a good thing as we have all heard that cursed Mark Webber team radio of him throwing up inside a helmet. Not pretty.

Spa-Francorchamps is the only circuit on the current calendar longer than the Jeddah Street Circuit but before it changed in 1979, the track used to be twice as long at a whopping 14.10 km!

Now, the reason for this getting an honourable mention is that it’s technically 21 turns according to the stat books, but if you’re counting every slight kink as a turn like they do these days, we make out that it’d be more than 30.

What do you think of the new Saudi Arabia circuit layout? Too many turns?

Are there are any more that you can think of? Let us know in the comments below! 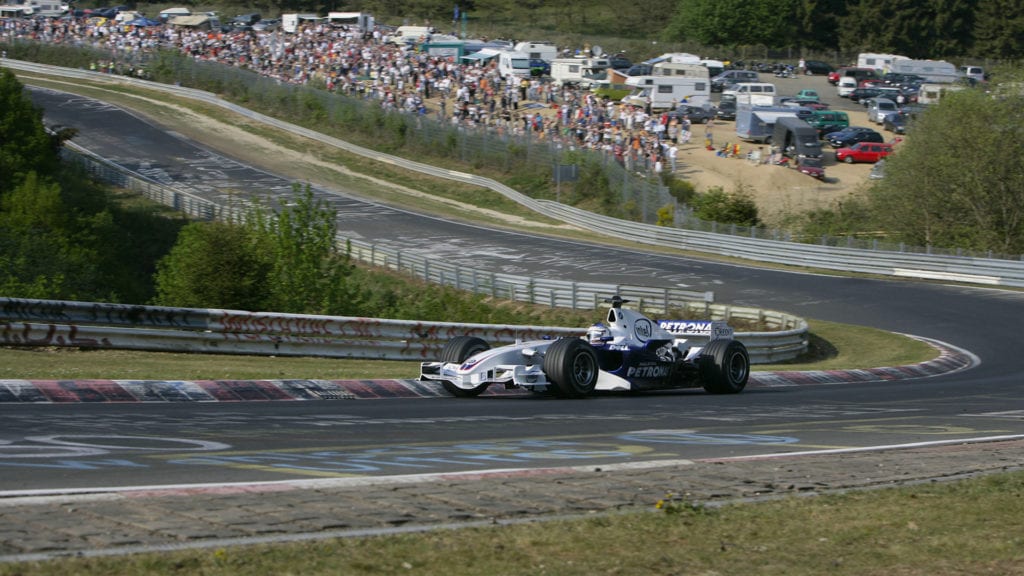