For some drivers, securing their first F1 pole position is quickly followed by a second, and third, and fourth. You get the idea.

But, not all F1 drivers are so lucky, and some have to wait years for a second chance at starting from the very front of the grid.

Having looked at the shortest gaps between first and second pole positions, we thought we’d dive into more niche F1 stats and see who had to wait the longest.

The rest of the time, he was racing over in America. He secured his first pole position during that initial on/off stint in F1, at the 1968 United States Grand Prix, but it took him until the 1976 Japanese Grand Prix (driving for Lotus) to return to the front of the grid, eight years and 18 days later.

Italian racer Giancarlo Fisichella managed to score his first F1 pole position quite early in his career, for Benetton at the 1998 Austrian GP – despite the team struggling slightly without works Renault engines. He benefitted from wet weather in qualifying and lined up alongside Jean Alesi.

Fisichella remained a frontrunner early in the race, before a clash with Alesi caused them both to retire. Benetton slipped further down the order over the next few seasons, before Fisichella had brief stints at Jordan and Sauber.

For 2005, he moved over to eventual constructors’ champions Renault and was in a competitive car. He took pole position for the first race of the season in Australia, the second of his F1 career, and eventually won the race. But the pole position arrived six years, seven months and eight days after his first.

In many ways, Rubens Barrichello was in a similar position to Fisichella when he picked up his first F1 pole position, in a midfield team fairly early in his career. It was only his second F1 season and he snatched pole position at the 1994 Belgian GP, but it took him quite some time to repeat the achievement.

Four years and 10 months, to be exact. His next pole position arrived at the 1999 French Grand Prix, in a wet and unpredictable qualifying session. Barrichello went on to finish third for the Stewart team, and added 12 more pole positions to his tally during the next few seasons with the dominant Ferrari.

Argentine racer Jose Froilan Gonzalez competed in F1’s debut season in 1950, and the following year scored his first pole position in the sport at the 1951 British Grand Prix – driving for Ferrari. He went on to win the race, Ferrari’s first victory in the sport.

But, a second pole position didn’t follow particularly quickly. He only competed in F1 once in the following season and while he scored two podiums in 1953 for Maserati, he failed to set the pace in qualifying. He finally scored his second pole at the 1954 Swiss Grand Prix, back driving for Ferrari, three years, one month and eight days after his first.

After showing flashes of speed at Tyrrell, Jean Alesi moved to Ferrari for the 1991 season, where he scored several podium finishes. However, the Italian team wasn’t competitive enough to challenge for pole positions, meaning Alesi had to wait until Italy in 1994 to score his first in F1.

The race didn’t go particularly well, as he retired with a gearbox issue early on, and Alesi didn’t get to have a clear view ahead for a race start until 1997, coincidentally also at the Italian GP. It went a bit better this time round and he finished second at Monza. His first and second pole positions were separated by two years, 11 months and 27 days. 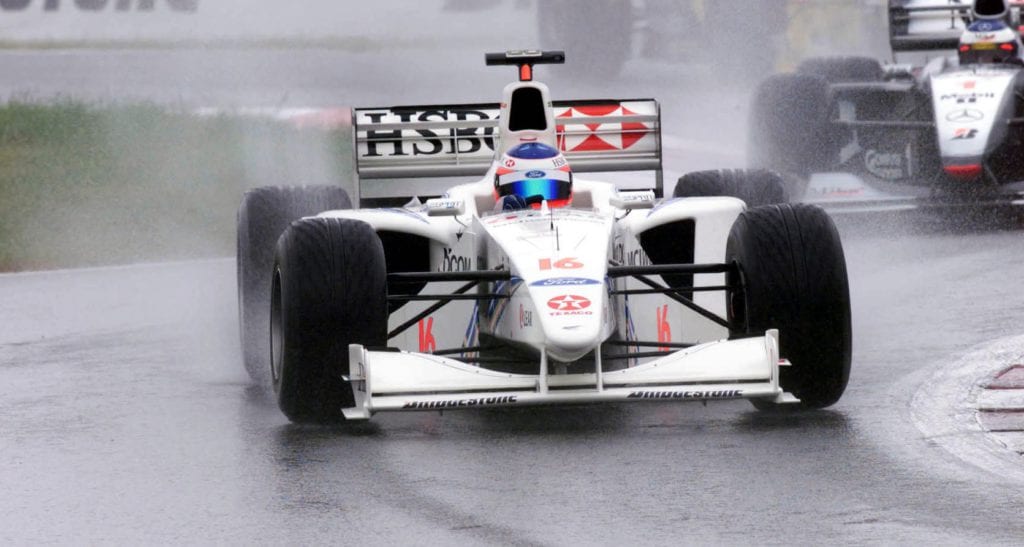