If a driver has a quick car and is challenging at the front of the field fairly early in their career, then the first and second F1 pole positions they score can be separated by very little time.

A browse through Forix presents some fascinating stats on the intervals between drivers scoring a milestone for the first time, and them achieving it for a second time.

Here are the drivers with the smallest gaps between picking up their first and second F1 pole positions.

Few drivers achieve success straight away in F1, but Lewis Hamilton burst onto the scene with a front-running car and found himself storming to his maiden pole position at the 2007 Canadian GP. Having won the race, his strong form carried over to the next race weekend, the United States GP, where he took his second pole position and won. That’s seven days between his first and second pole positions.

This one isn’t particularly surprising, as Juan Manuel Fangio was immediately on the pace in 1950 and it was F1’s first season. There was a gap of just 14 days between his first pole position at the Monaco GP and his second, which was at the Swiss Grand Prix. Although, interestingly, the Indy 500 sat between those two races on the F1 calendar.

Driving for the gradually-improving Shadow team, Jean-Pierre Jarier started the 1975 season off with his first F1 pole at the Argentinian GP, the season opener. He didn’t actually start the race, though, due to a transmission failure. He tried again at the next race in Brazil and was on pole again, meaning there was just a 14-day interval between his first and second pole positions. However, he DNFed from that one too due to an engine failure.

Another driver with a 14-day gap between their first and second pole positions is Rene Arnoux, who scored them at the 1979 Austrian GP and the Dutch GP respectively with his Renault. He finished sixth in Austria but retired in Holland after a first lap tangle with Clay Regazzoni.

The great Ayrton Senna’s first two pole positions, driving for Lotus, at the 1985 Portuguese Grand Prix and the San Marino Grand Prix were scored within 14 days of each other. In Portugal, he took a famous first victory with a lights-to-flag triumph in terrible, wet conditions, but in San Marino he ran out of fuel late in the race.

Seven-time F1 world champion Michael Schumacher’s debut F1 pole positions also came just 14 days apart, early in his career and during his first championship-winning season. He was quickest in qualifying at the 1994 Monaco GP and backed that up with pole at the Spanish GP too, winning at the Circuit de Monaco and claiming P2 in Spain despite being stuck in fifth gear. 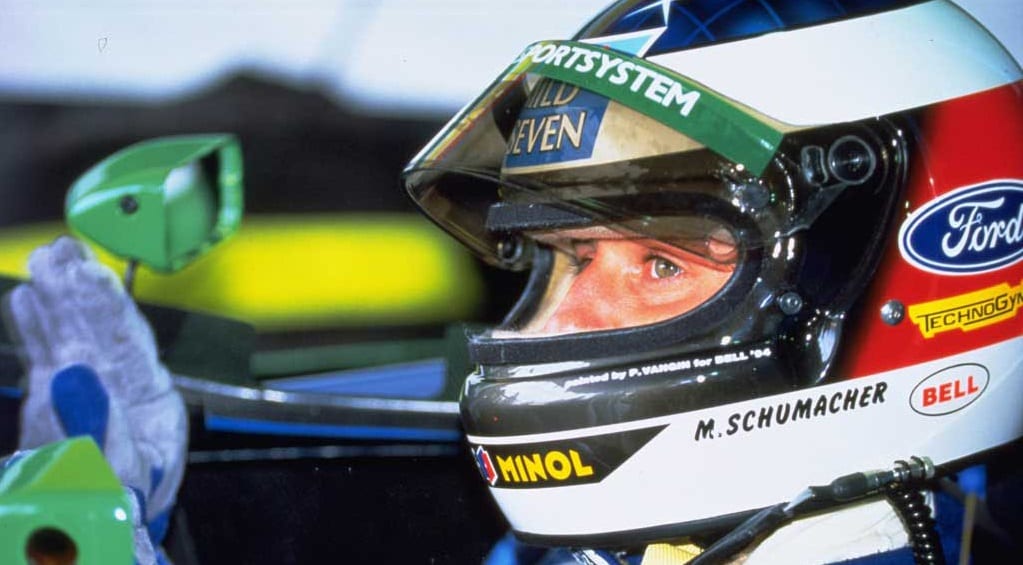