The 7 Drivers With The Most F1 Grand Slams

Scoring a Grand Slam in F1 is no easy task – you really do need a dominant car over a race weekend to snap up the coveted title.

If you’re not sure what a Grand Slam (or Grand Chelem, as it’s sometimes called) is, then it’s when a driver scores pole position, fastest lap and wins the race by leading every lap.

So, in short, it’s when a driver is simply in control all the way through the grand prix weekend and can’t be stopped. It’s not happened massively often, so let’s see who has the most Grand Slams in F1:

Two-time F1 champion and Scottish racing legend Jim Clark holds the title for the most Grand Slams with eight in total, the first coming at Aintree in 1962 and the last being scored at the Nurburgring in 1965. It takes quite a driver to score a Grand Slam at the terrifying Nordschleife, that’s for sure…

One of the first greats of the official F1 world championship, Ascari won F1 titles in 1952 and 1953. During his time in the sport he picked up five Grand Slams, which is remarkable considering there were far fewer races back then and he only competed in 32 in total.

Seven-time champion Schumacher is tied for second place with Ascari when it comes to Grand Slams. He first did the clean sweep at the 1994 Monaco Grand Prix and scored his final one in his last title season, 2004, at the Hungarian GP.

Another incredible Scottish F1 driver, three-time champion Stewart picked up four Grand Slams during his many years in the sport. They all came within the space of three years too, the first at the 1969 French Grand Prix and the last at the 1972 United States Grand Prix. Interestingly, he never picked one up in his final F1 season (in which he also won his last title) in 1973.

It’s no surprise to see Senna on this list, when the Brazilian driver was on form, he was simply unbeatable. The three-time champion is tied for third, having scored four Grand Slams during his time in F1. After his maiden clean sweep in 1985 at the Portuguese Grand Prix he had to wait four years for his next one, and he scored his final two in 1990.

Mansell picked up his first Grand Slam in 1991 at the British Grand Prix. He had to wait until 1992 to score his only F1 title, after a long and tough battle to get there, and the season included a staggering three Grand Slams – in South Africa, Spain and (who could forget) Britain. It’s unusual that his first and last Grand Slams came at the same track.

The only current F1 driver in the top seven, Vettel is tied for third with some incredible names from the sport. Considering he still has quite a few years left in him, it wouldn’t surprise us if we saw Vettel move up the Grand Slam leaderboard in the future. His first was at the maiden Indian Grand Prix in 2011, before adding to his tally in 2012 at Japan and scoring two more in 2013 – at Singapore and Korea respectively.

In total, 24 drivers have scored Grand Slams in F1. 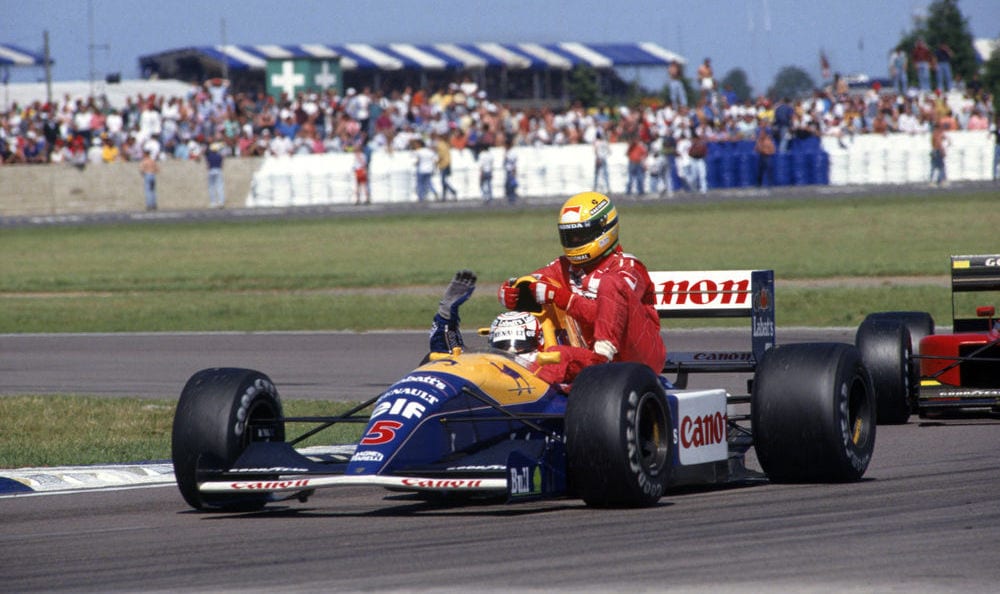