The 8 F1 Drivers With The Longest Winning Streaks

A season of F1 domination from a specific driver and team may not be the most exciting, but there’s no denying the speed and talent on display.

We’ve seen some amazingly long runs of race victories over the years, featuring some of the biggest names in F1.

So, we thought we’d dive into the statistics and take a look at F1’s longest winning streaks – for this article, we’re including consecutive victories across multiple years, not just one season.

Remember the 2013 season? It was the last of Sebastian Vettel’s four F1 titles with Red Bull Racing and clearly his most dominant. He tops the leaderboard for longest winning streaks with nine consecutive triumphs in 2013, from the Belgian GP to the finale in Brazil. Quite the haul of first-place trophies…

Up until the mid-2000s, Alberto Ascari had been the man to beat with his seven-race victory streak across the 1952 and 1953 seasons – both of which saw him take championship wins. From Belgium in 1952 to Argentina in 1953, Ascari was absolutely unbeatable.

The seven-time F1 champion matched Ascari with his controlled 2004 season, featuring a seven-race run of first place finishes from the European GP at the Nurburgring to the Hungarian GP, which was where Ferrari scored its fifth consecutive constructors’ title. Schumacher wrapped up the drivers’ championship with second place at the next round in Belgium.

German racer Rosberg enjoyed an incredible run of success at the end of the 2015 F1 season, winning the last three rounds. It wasn’t enough to win the title, but he set up his championship-winning season in 2016 by taking victory at the first four races, giving him a seven-race run of P1 finishes.

Brabham claimed his second consecutive F1 title in 1960, massively helped by his five-race winning streak from the Dutch GP to the Portuguese GP. With such tough competition on the grid during the season, it was a truly remarkable series of first place finishes.

Clark’s second and final F1 championship was won in style back in 1965 with a five-race run of victories, from the sport’s trip to Spa in Belgium to the German GP at the Nurburgring. He won the season-opener in South Africa too, which meant he was P1 in six of the 10 races. It featured the last-ever time he drove the Lotus 25, taking it to the win in France.

Another F1 driver who unsurprisingly won the title with a brilliant run of success, Mansell’s 1992 championship year included five victories on the bounce from South Africa to San Marino at the start of the season. It set up a comfortable one and only championship triumph for Mansell.

Hamilton is tied on consecutive F1 wins with some very big names, and who knows, maybe he’ll better his previous victory streak in the future. His second F1 title and first with Mercedes saw him win five races in a row from Italy to the USA, setting up a close and exciting championship finale at the double-points (remember that?) last round in Abu Dhabi. 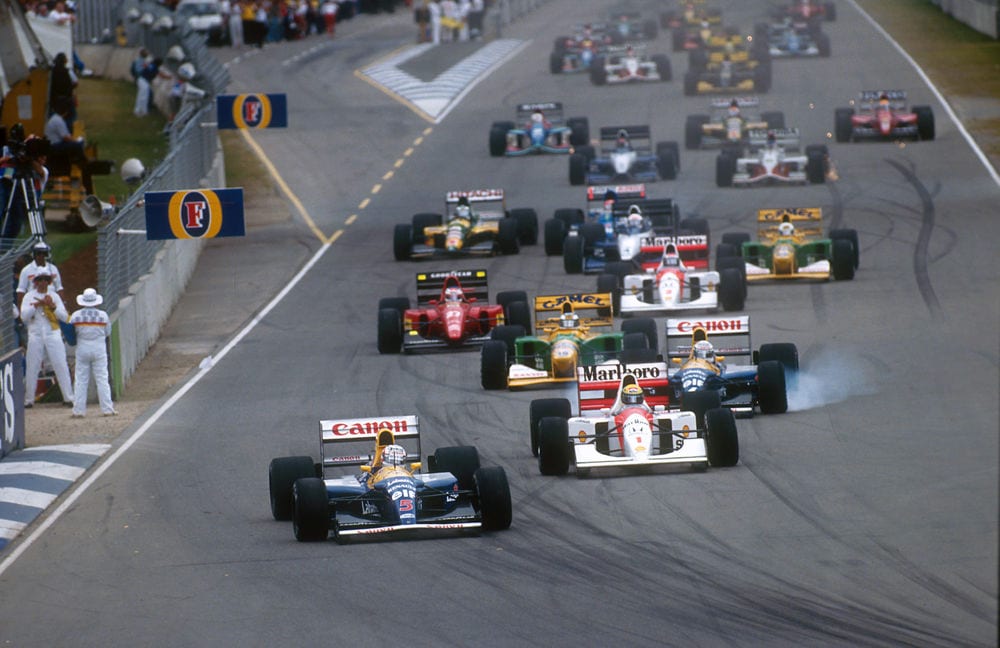