What Would Be F1’s Perfect Minimalist Calendar For 2020? – WTF1
Skip to content
×
Formula 1

What Would Be F1’s Perfect Minimalist Calendar For 2020?

F1 faces a dramatically reduced calendar in 2020 – two races have already been cancelled, and there are only so many free weekends left in which to reschedule the postponed ones. Chase Carey is now suggesting a 15-18 race season, but even that might prove a bit too optimistic.

There is a limit to how many races can be cancelled, though. In order for a series to qualify as an official FIA World Championship, it has to have a minimum of eight races on three different continents – so theoretically, that’s the bare minimum F1 can work towards. With that in mind, we’ve come up with our ideal eight-race calendar, should the worst come to the worst. Let’s tuck in.

The Circuit Gilles Villeneuve would be a great place to start off – the track has a similar feel to Albert Park while providing better, more interesting races. Also, on the current calendar, it feels slightly overlooked when it comes to classic events. It sits in the middle of the European season, all on its own, being slightly overshadowed by the likes of Monaco and Silverstone and feels like a bit of a forgotten event – well, unless your name is Sebastian Vettel and you’ve been given a controversial penalty in, say, the last year.

The track is tough on the cars and drivers, as well as being incredibly punishing. The atmosphere is great and Montreal is a great city to visit. If you’re going to start an eight-race season anywhere, let’s start it here.

You’ve gotta have a proper street circuit on the calendar, so of course we’ve gone for Azerbaijan. In four seasons, the Baku City Circuit has already become a cult classic, with its long main straight making for truly ridiculous racing and the challengingly narrow castle section proving a real test for the drivers.

Monaco is cool and all, but the race would almost certainly be a procession. And when you’ve only got eight races to play with, why would you want to virtually guarantee that one of them will be boring?

The return of the Dutch GP this year has generated so much hype. Of all of the races to have been postponed so far this year, this is the one we’re really hoping can be rescheduled.

There’s so much to be excited about. The new banked corners look superb and the narrow, old-school, bumpy layout will surely show off the abilities of modern F1 machinery to their very best. And when it comes to atmosphere, don’t tell me you’re not interested in seeing the craziness of the sea of orange in the grandstands generated by Verstappen’s army of fans. If anything is going to rival the Tifosi at Monza, it’s that.

OK, the track might not be great for actual racing and yes, that’s the reason Monaco didn’t make the list, but we don’t know that yet. And logically, it makes more sense to include a race that might be boring than one that almost certainly will be boring.

It might not always have been held at Silverstone, but there has never been an F1 season without a British Grand Prix – how could we leave it out?

Add in the fact that the reigning six-time champion in British, the great atmosphere, the often excellent racing and a track that’s a favourite with the drivers and including it is a no-brainer. Plus, if it had to be rescheduled to later in the year, it’d increase the chances of it being a wet race. It is the UK, after all…

Another classic race – you can’t not have Spa. We’ve had two seasons this century (2003 and 2006) where Spa wasn’t on the calendar and, frankly, they felt incomplete without it. OK, it doesn’t always provide the best races, but a boring race at Spa is still better than an OK race at many other tracks.

Monza has held more Formula 1 races than any other track (it’s been on the calendar every single year except for 1980) and with good reason. The Tifosi give the race an incredibly special atmosphere unmatched by any other race, and the unique high-speed track layout often makes for exciting racing and a mixed-up order. Plus, y’know, it’s the home race for F1’s biggest team.

A controversial choice? Maybe. However, being a night race automatically makes it cool (because sparks), but most importantly, it consistently makes for really good, close racing throughout the field.

The classic tracks are great and all, but modern circuits have their perks as well and Bahrain is an example of a Tilkedrome done right. As the seventh race of an eight-race season, it seems like the perfect place to generate some championship drama heading into the season finale.

It had to be, didn’t it? Interlagos has only hosted the last race of the year seven times (fewer than Abu Dhabi, which has been the last race eight times), but it feels like it should be the rightful location for F1’s season finale.

Interlagos has got everything – a layout that makes for good racing, incredible fans contributing to a festival-style atmosphere, and a long history of iconic F1 moments. Plus, there’s usually a decent chance of there being some rain, which contributed to two of the greatest championship showdowns of all-time. Let’s have some more of that. 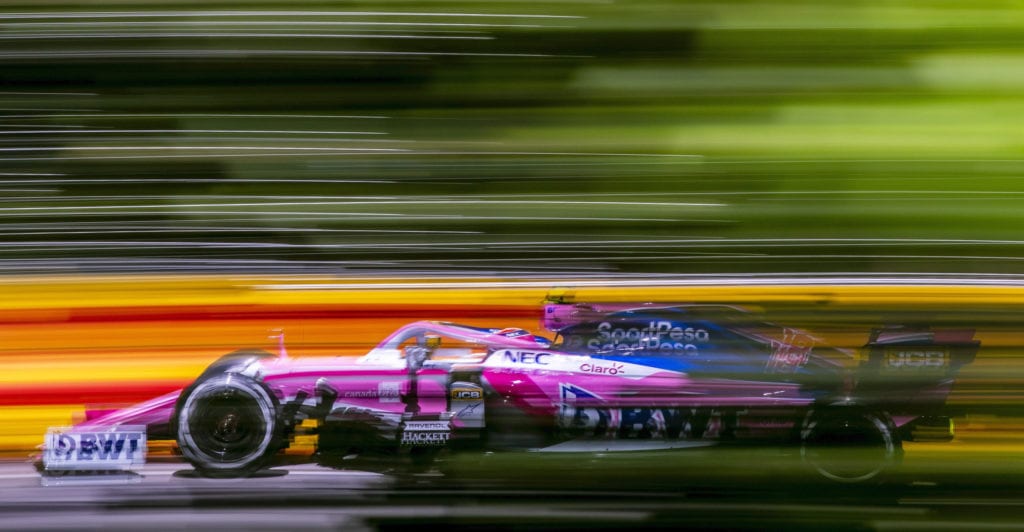