The Best Battle At Le Mans This Year Was Rather Controversial

With just over three-and-a-half hours to go in the race, Sebastien Bourdais in the Ford had closed in on the magnificent ‘Rothmans’ Porsche driven by Fred Makowiecki.

For almost an entire lap the two of them battled and swapped positions, the highlight being Bourdais’ epic sweep around the outside on the way into Indianapolis. But Makowiecki’s driving was a little bit questionable – there was some reactive weaving on the Mulsanne straight, and he forced Bourdais towards the grass on the run down to the Porsche curves.

That left the Ford driver pretty irate – after his stint Bourdais told Eurosport:

“If that’s fair, then there aren’t going to be very many racecars that are going to finish this race. So no, for me, it’s completely unacceptable.”

The stewards took a look at the moves but decided they were fair and the Porsche went without penalty. A fair decision? You decide. Either way, it was great to watch. 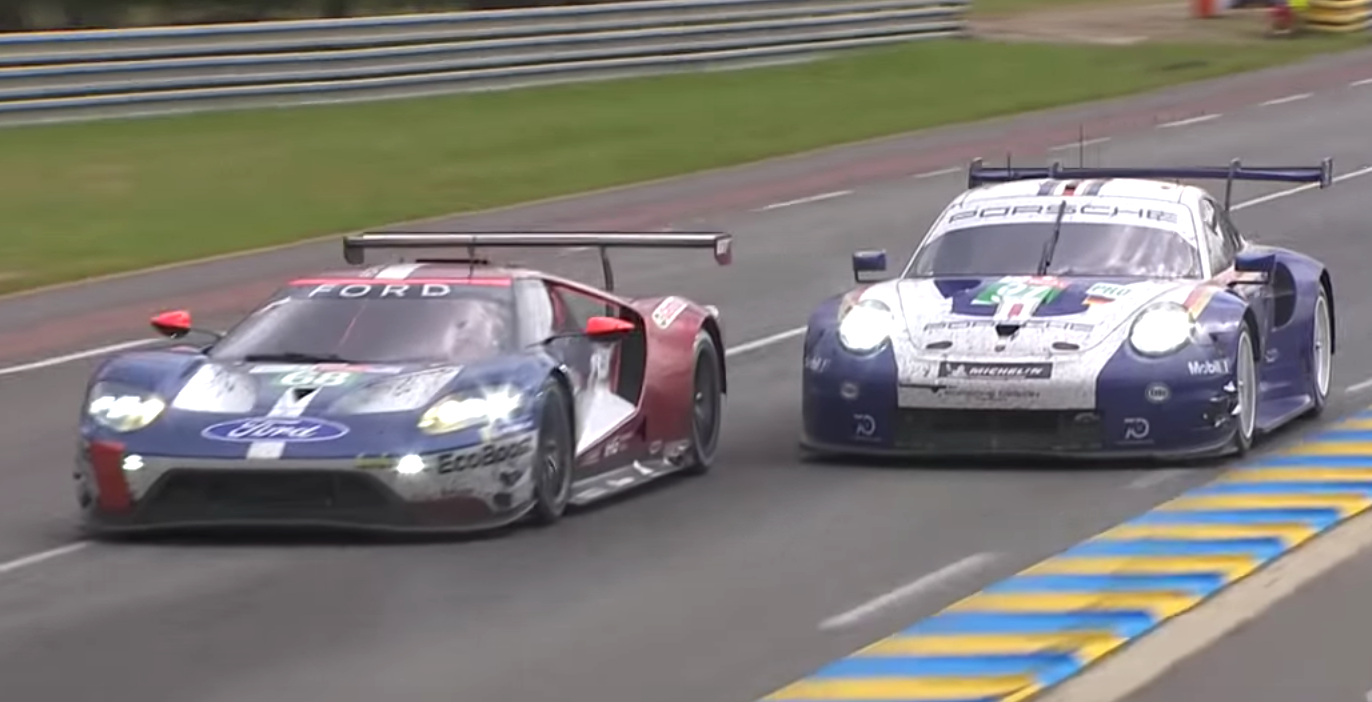