The most acclaimed awards ceremony in motorsport has returned. It’s common knowledge in the paddock that drivers have only got into the sport because they want a chance at winning a WTF1 Award. After an immense 2020 season, both the team at WTF1 and the fans have been voting and these are your winners.

Now, if you’re a fan of the Internet’s Best Reactions you’ll already know who has taken first place. However, for those that don’t know about the ‘Social Media Team Championship’, basically every race weekend we rank our favourite tweets from the F1 team admins and award them points.

It’s become so competitive that even Mercedes made their own graphic ahead of the nail-biting decider in Abu Dhabi.

Still one championship to play for… 😜 pic.twitter.com/6JKi4TuUKj

Despite their best efforts, there could only be one winner: Racing Point.

This is their second consecutive win in a row, and we are excited to see if they can keep their crown when they transition into Aston Martin next year.

With such a weird and wacky season, there were plenty of contenders for the best race of the year. We picked our top four but handed it over to the fans to vote over on Twitter.

The four contenders were Sakhir, Turkey, Austria and Monza. All fantastic races, but there could only be one winner.

Returning to the fan-favourite track for the first time since 2011, Turkey was an absolute rollercoaster of emotions. The new track surface was causing all sorts of drama, Lewis Hamilton managed to earn his seventh drivers’ title plus the race itself was just totally bonkers.

Social media has allowed us some unusual insights into the lives of F1 drivers. From learning about what Lando Norris had for his breakfast or George Russell being roasted for uploading yet another shirtless selfie, 2020 has delivered some absolute classics.

However, when choosing a winner for this award there was only one tweet that came to mind. Romain Grosjean and his first snap after recovering from his crash at the Bahrain Grand Prix. Knowing he was well and seeing that infectious smile was for many, the best moment from the 2020 season. We all loved to see it.

👍👍👍
Thank you so much for all your messages
Loving life pic.twitter.com/uTyfhTYTxP

With lockdown forcing most of us to stay home and an F1 season postponed for the foreseeable future, lots of us took to Twitch including a handful of drivers. From playing F1 2019, Fall Guys or a tractor simulator, they brought us plenty of laughs at a time when we needed it most.

With it being live on the internet, we witnessed many funny moments but had to pick four of the best. We then handed it over to Twitter and let you pick the winner.

The nominees were Lando vs a hornet, Charles Leclerc forgetting to let his girlfriend in, Charles Leclerc fessing to “coming on your camera” in a funny translation misunderstanding and finally Alex Albon losing his patience with George Russell on the F1 game.

As ever, there can only be one winner and that was… Lando Norris and the hornets. Seriously, one of the funniest streams we have ever seen. If you haven’t a clue what we are talking about watch the highlights below.

Fanatec Esports Driver Of The Year

In a year where Esports has reached more people than ever, there were plenty of deserving nominees. However, there can only be one winner.

Congratulations to Jarno Opmeer! After taking the crown at the 2020 F1 Esports Series, could there really be a more deserving winner?

It’s time for the final award of the year, and this one looks back at the best moment from an action-packed 2020 season. It’s certainly been up there with one of the most chaotic and unpredictable seasons of recent years, but we asked you on Twitter to pick your standout moment from the year.

We had thousands of replies, but it was clear there was only one winner.

Pierre Gasly and his victory at Monza. Such a special moment that will forever be remembered by the F1 community we’re sure.

That’s it for the WTF1 Awards. Don’t forget you can also check it out on YouTube and thank you, as ever, for all your incredible support this year. You’ve been the best and the whole team at WTF1 wish you a happy, healthy and successful 2021. 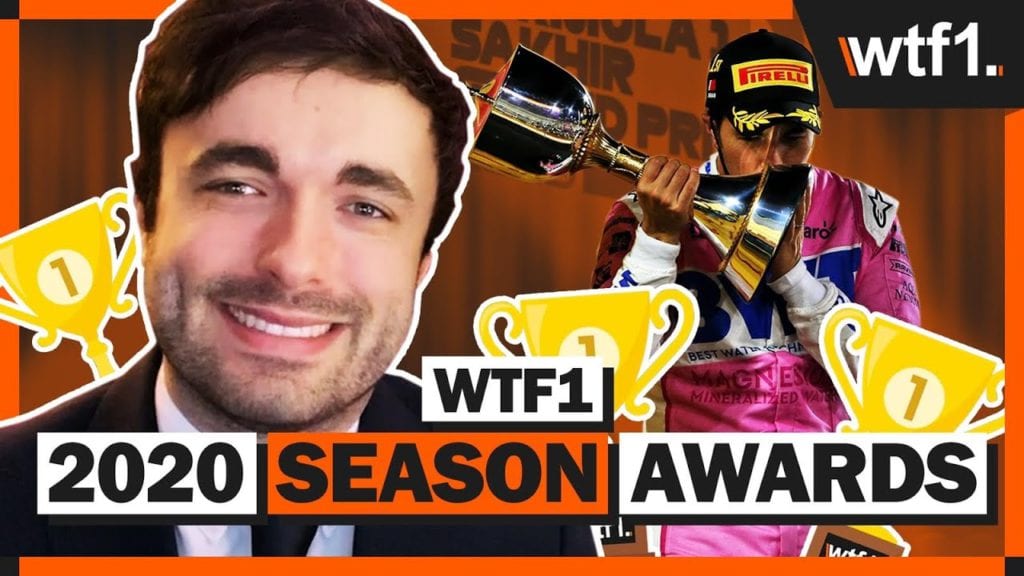