The Best Of April Fools’ Day 2015 In Motorsport

After Lewis Hamilton’s sudden fracas with his engineer signalling the sudden end to his F1 career, much more unusual news broke throughout the day of April 1st, with everything from racing legends making comebacks to classic circuits being ruined. Here are the best April Fools’ Day moments from 2015.

1978 Formula 1 World Champion Mario Andretti is to return to racing this year as he takes part in this year’s Indianapolis 500. The legend who has won everything across America and the world will race against his grandson, Marco at the famous race. 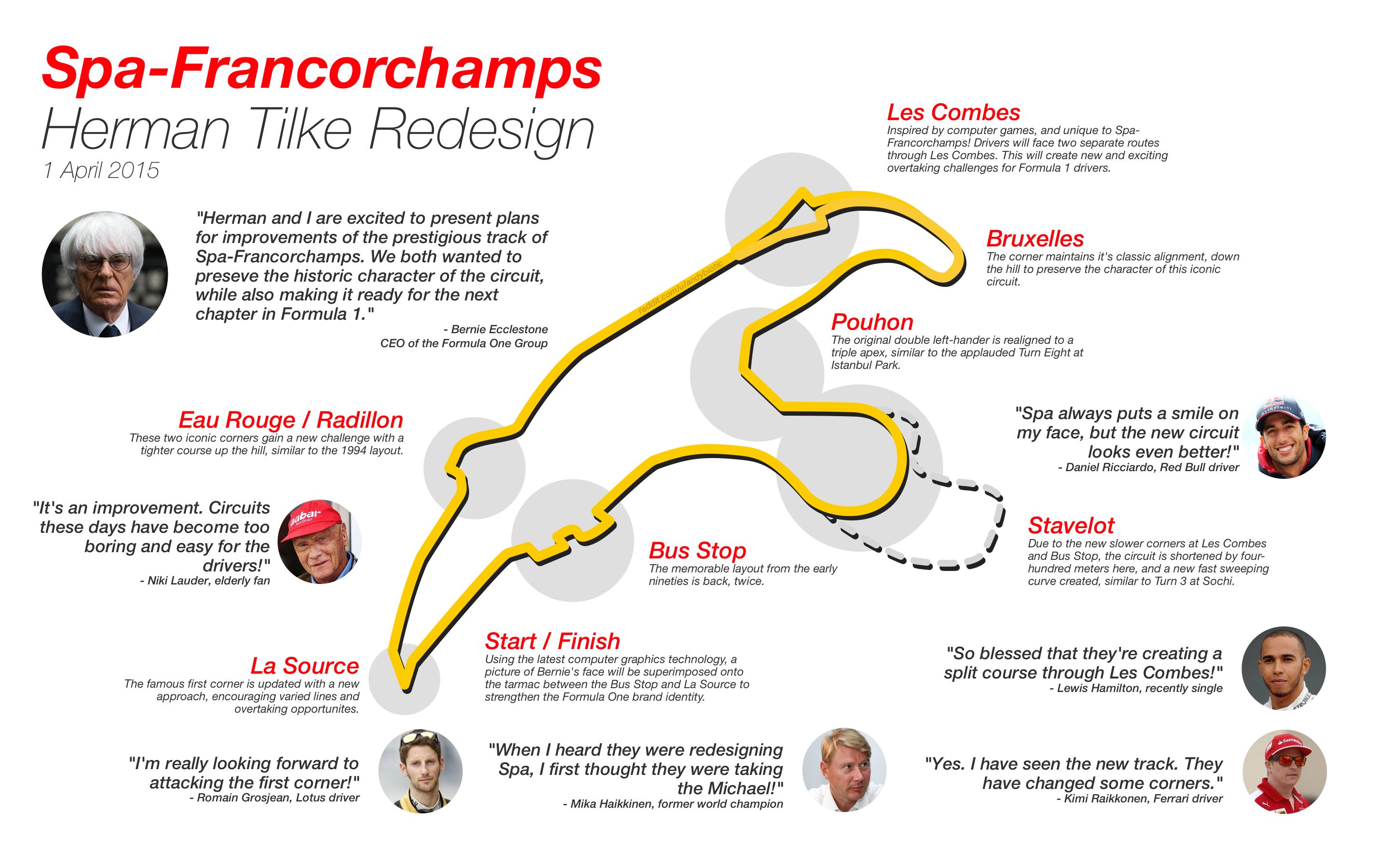 After ruining other classic circuits like the Hockenheimring, Herman Tilke is set to do Spa no justice whatsoever by changing Eau Rouge and the Bus Stop for the worse. There’s even a computer-game style separate route system at Les Combes.

Despite not doing much racing this year, Kevin Magnussen has been training to hopefully land an F1 seat in 2016, and to some extreme. The Danish driver should have no problems with keeping a car under control with his new muscles.

After seeing their sons have an immediate impact in Formula One, both Carlos Sainz and Max Verstappen’s dads want a piece of the action as well.

Antonio Felix da Costa will likely miss this weekend’s Formula E Long Beach ePrix after being sidelined after playing football. The Portuguese driver, who has already won a race this season has had to endure knee surgery following the friendly game.

After temperatures reached 60 degrees centigrade at Malaysia last weekend, McLaren has unveiled a new piece of clothing to keep their pit mechanics nice and cool.