The Best Stats From The 2021 Bahrain Grand Prix

As part of a new series to WTF1.com, Editor Katy Fairman takes a deep dive into the numbers behind the 2021 Bahrain Grand Prix. From stats, penalty points and records, we’ve got you covered.

During the Bahrain Grand Prix, Lewis Hamilton broke yet another record. Not only did he become the first active driver to race as a ‘Sir’, he also overtook Michael Schumacher as the F1 driver with the most race laps led totalling an insane 5126. Hamilton also continued his achievement of winning a race in every season of F1 he’s competed in.

Hamilton was also involved in another record which has been equalled over the Bahrain weekend.

Us racing fans often joke about the HAM-BOT-VER memes, but it’s because the three drivers are a common site on the F1 podium. So much so, they are only one race away from breaking an F1 record of the most common podium trio. The record is currently held by Hamilton, Sebastian Vettel and Nico Rosberg, who shared an impressive 14 podiums together.

With yet another HAM-VER-BOT podium in the Sakhir desert, they equal that record with 14 shared podiums. Just one more result with that trio – not in any particular order – and they’ve made history.

Keep trying guys! After 16 years you are getting closer and closer😜 #BahreinDAZNF1 pic.twitter.com/KbVWQ0ltcC

Red Bull still has the curse of not being able to win during the night race in Bahrain though, after its introduction on the calendar back in 2014.

From a pit lane start to a P5 finish

It was an eventful Red Bull debut for @SChecoPerez

Sergio Perez, who looked at one point like he wouldn’t even start the race when his car died on the formation lap, started from the pit lane and finished the race in 5th. He made up 15 places, the most of anyone on the grid. He won F1’s ‘Driver of the Day’ for his impressive effort.

Only one car was handed an offence this weekend, and that was Sebastian Vettel. He picked up two penalties over the Bahrain weekend for two different reasons. Naughty naugty, Seb.

The first was for a failure to respect double yellow flags at Turn 1 when Nikita Mazepin spun off the track during the last few minutes of Q1. The Stewards deemed that Vettel did not abandon his lap. He was slapped with a five-place grid penalty – meaning he started P20 – and earned him three penalty points on his licence.

Then, during the actual race, Vettel made contact with Esteban Ocon in his Alpine and sent the two of them spinning at Turn 1. Despite a comment from Seb on team radio asking why Ocon ‘changed his line’ into the turn, it was decided that Vettel was at blame. He was handed another ten second time penalty, and another two penalty points.

For a man that was on his very best behavior in 2020 and not scoring a single penalty point offence, Seb leaves Bahrain with five penalty points to his name. For those of you who aren’t aware, a penalty point remains on your licence for a span of 12 months and if you total up more than 12, it equals a one race ban.

Yeah, we know you probably don’t need even more stats about how brilliant Mercedes are, but they’ve continued to tick off some pretty cool achievements this weekend. Y’know, aside from actually winning the race and all.

Since the 2018 German Grand Prix, all that time ago, Mercedes have continued to lead both the constructors’ championship and the drivers’ championship. Insane.

As well as being Hamilton’s 75th victory for the Silver Arrows, it was also the 300th win for a British driver in the championship’s history. Hamilton has also failed to win the first race of the season since 2015, something he has now brought to an end.

Bottas also secured the fastest lap of the race – the 16th of his career.

Although Nikita Mazepin will want to forget this weekend entirely, after crashing out of his first F1 race just three turns into the first lap, other drivers and teams had more promising starts.

AlphaTauri’s Yuki Tsunoda became the 65th driver in F1’s history to score points on their debut after he finished the race in 9th. He also becomes the Japan’s youngest F1 driver to start a race and the youngest Japanese points scorer.

Tsunoda’s championship points are also the first for a Japanese driver in F1 since Kamui Kobayashi raced for Sauber in 2012 and finished 9th at the Brazilian Grand Prix.

Aston Martin also earned their first-ever championship point in Bahrain. Despite their driver Vettel picking up more penalty points than championship points, Lance Stroll came home in 10th to collect the single point. This means Aston Martin has officially had a more successful start than their last F1 attempt in the late 50’s and early 60’s. Nice work team.

Like this format of article? Be sure to let us know in the comments below. 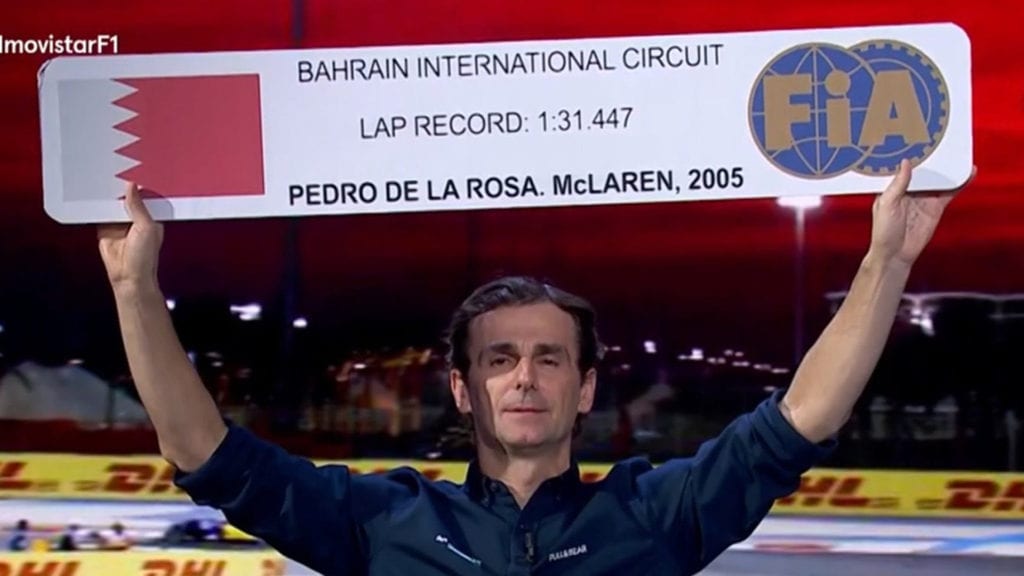