The Best Stats From The Emilia Romagna Grand Prix

What a weekend! After an incredible Emilia Romagna Grand Prix, WTF1 Editor Katy Fairman takes a look at all the facts, stats and big milestones that occurred over that totally ridiculous Imola weekend.

The podium result of Max Verstappen (1st), Lewis Hamilton (2nd) and Lando Norris (3rd) is the second time that a Red Bull, a Mercedes and a McLaren has stood on the podium together. Yep, only the second time EVER. The first and only time before this weekend these three constructors stood on the podium together was for the 2010 British Grand Prix and we got the iconic “not bad for a number two driver” radio message from race winner Mark Webber. That was over ten years ago, or 3934 days.

Having Hamilton and Norris on the podium was also the first time since the 2012 Chinese Grand Prix that we had two British drivers on the podium. Back then, it was Hamilton and Jenson Button who stood on the top steps alongside Nico Rosberg, who had just won his first F1 race.

The duo also helped make it 700 podium finishes for British drivers in the sport. Briton is the first country to reach this milestone.

Norris became the best result for McLaren at Imola since the 2006 San Marino Grand Prix when Juan Pablo Montoya also finished 3rd in a McLaren-Mercedes. It should be noted that Imola has been absent on the calendar since 2007 until F1 returned in 2020.

The Set Up VS. The Shot pic.twitter.com/PZDpXDPs4s

Lando also leaves the second race of the season 3rd in the drivers’ standings, something he has achieved two years in row. Norris also sat P3 in the points after the 2020 Styrian Grand Prix.

Max Verstappen’s win on Sunday promotes him into an exclusive club and makes him the 30th driver in F1’s history to get to 11 wins. He is now tied with the likes of Rubens Barrichello, Felipe Massa and 1997 F1 World Champion Jacques Villeneuve.

For Verstappen’s teammate, Sergio Perez, he has a weekend of two halves. During qualifying he finished in P2 and became the first Mexican to start on the front row of the grid since 1971. However, during the 2021 Emilia Romagna Grand Prix he brought his impressive consecutive points finishes to an end.

Having earned himself championship points in every race he had finished since the 2019 Belgian Grand Prix, he now brings that to an end finishing in P11 after several mistakes throughout the race.

Yuki Tsunoda collected the first penalty point of his career, with Lance Stroll and Sergio Perez also being slapped with penalty points over the weekend. 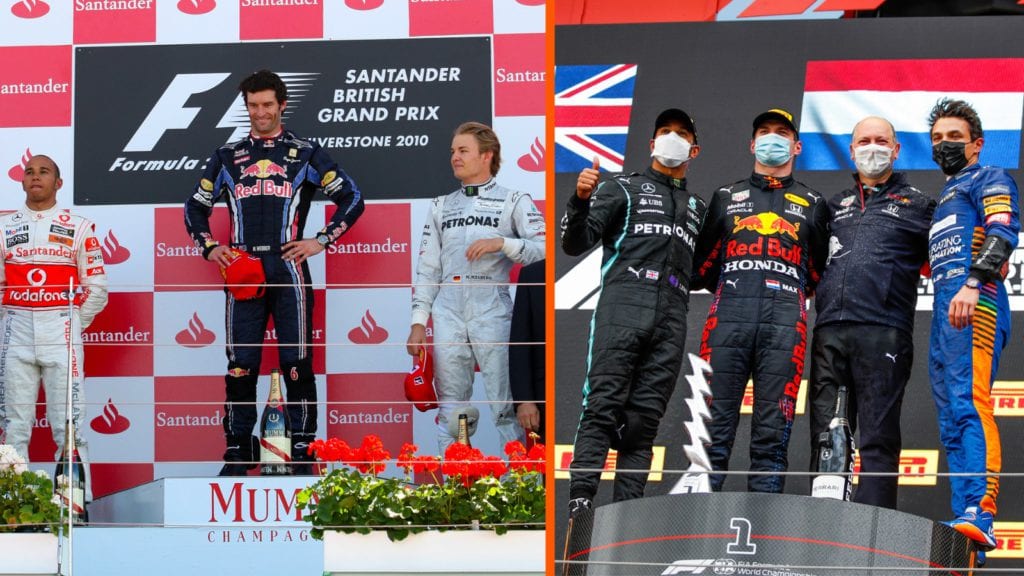