The Best Stats From The Portuguese Grand Prix

There was plenty of facts, stats and new F1 records from the weekend’s Portuguse Grand Prix. Although it was Lewis Hamilton who managed to take victory – winning both races at Portimao since its introduction to the calendar last year – there were plenty of brilliant achievements up and down the grid.

Okay, so we might always joke that the top three from each race will be Lewis Hamilton, Valtteri Bottas and Max Verstappen, but these three now share a new F1 record. Due to the predictability of these three rising to the top, the trio of Lewis, Valtteri and Max is now the most common podium combination ever.

The order of where they step on the podium step doesn’t matter, it’s more the 15 times we’ve seen those guys on the top step. The previous record for this was Hamilton, Sebastian Vettel and Nico Rosberg who shared the podium 14 times.

We don’t think this will be the last time we see these three on the podium either, which means this record will go on and on.

Hamilton also continued his reign of leading the drivers’ championship for the 123rd race, which is the most any driver has achieved in F1 history. He also finished in the points for the 150th time driving for the Silver Arrows. Although he missed out on his chance for his 100th pole position, we have no doubt that this achievement will happen in the next race or two.

As for Mercedes, they celebrated their 500th race start for Mercedes power in F1 this weekend. This weekend Mercedes also earned their 128th pole position, tying them with Williams Racing in the all-time list.

Lando Norris has now finished in the top five for the last four races, including the first three of the 2021 season. He’s outperformed his new teammate Daniel Ricciardo in every race this year, and sits third in the drivers’ standings ahead of Bottas. His result in Portugal was also his eighth consecutive points finish.

It should also be noted that Charles Leclerc has achieved a similar performance, having finished in the top six for every race this year too.

For the rest of the grid, there were plenty of best-ever results. Sergio Perez completed his highest place finish for new team Red Bull in fourth, Esteban Ocon scored Alpine’s best result finishing in seventh. His teammate Fernando Alonso crossed the finish line just behind him in eighth, his best result since Singapore 2018.

Nikita Mazepin was the only driver to be given any penalty points over the weekend. He picked up one point on his licence for ignoring blue flags during the race. This is the first penalty point of his F1 career. 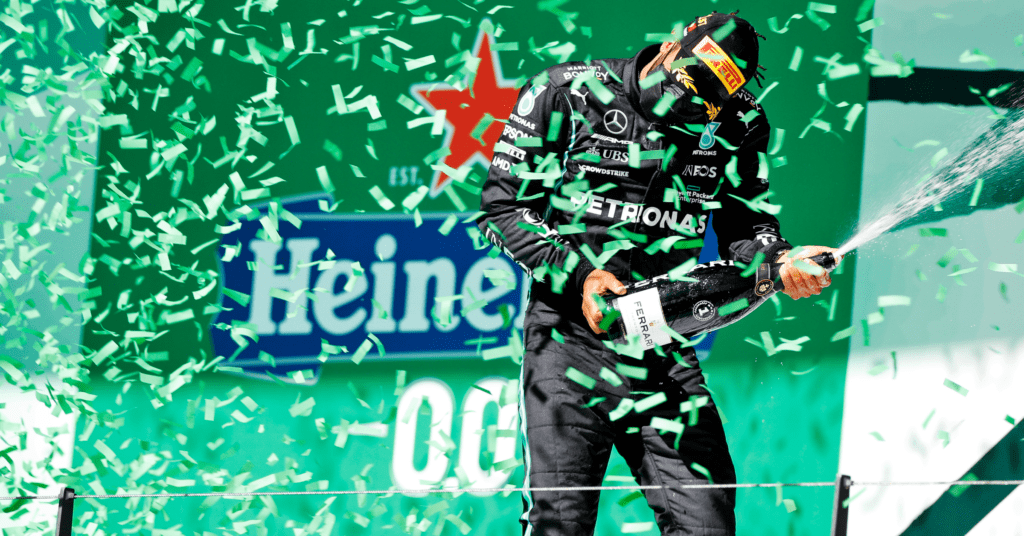