The Best Stats From The Spanish Grand Prix

It was a relatively entertaining Spanish Grand Prix this weekend, and there were plenty of records and interesting facts to come out of it. From 100 pole positions to McLaren being the only team to achieve double points finishes in every race this season, here are some of the best stats from the 2021 Spanish Grand Prix.

Of course, one of the biggest talking points this weekend was the fact Mercedes’ Lewis Hamilton hit the milestone of 100 pole positions. It’s a ridiculous amount and makes him the first driver to hit a 3-figure number when it comes to achieving pole. Will his record ever be beaten? Honestly, who knows.

Hamilton has competed in 270 F1 races, meaning that he has a 37% success rate of achieving pole when he enters a race weekend. There have also been 1,039 World Championship events, meaning Hamilton has had pole for 9.62% of them.

His win in Spain also equals a record set by Senna for five consecutive wins at the same venue.  For Senna, his wins came at Monaco, whereas Hamilton’s victories were at the Circuit de Barcelona-Catalunya.

It’s incredible when you think back to F1 testing. Mercedes was struggling, Red Bull looked superior, and we thought this could be the year that Hamilton doesn’t run away with the championship. Now, I know what you’re all thinking… er, Katy, we’re only four races in.

Yes, that’s true. Plus, we’ve seen four battles for the lead between Hamilton and Max Verstappen, which has been amazing. But what if I told you that this is the best start to a season Lewis Hamilton has EVER had? Seriously.

Hamilton, who has been racing in F1 since 2007 and has seven world titles to his name, is currently on 94 championship points – his best start to an F1 season. It should also be noted that his on-track rival, Verstappen, is also in the same position and is on his best-ever points haul this early in the season.

Speaking of Verstappen, he also started his 100th race at the weekend.

During the Spanish Grand Prix, Verstappen helped Red Bull lead their 4,000th lap in F1, being at the front of the pack for 54 of the 66 laps. Verstappen has actually led the most laps out of the grid this season, being in the top spot for 57% of all laps.

Verstappen, Hamilton and Valtteri Bottas made up the podium trio at the Spanish Grand Prix for a fourth consecutive year – this is something that has never been done before. Last time out in Portugal, the three drivers broke a new record for the most times three drivers had shared a podium. This weekend’s podium result extends this to 16 shared podiums of HAM/BOT/VER in no particular order.

For Daniel Ricciardo, he equalled his best result of the season – sixth. The McLaren driver continues his streak of 15 consecutive points-scoring finishes. With the great work from Lando Norris this year, too, McLaren remains the only team to achieve championship points by both drivers in every race this year.

Charles Leclerc also continued his excellent form, matching his best result from the season with another fourth place finish. His teammate Carlos Sainz also continued his record of scoring points at every single one of his home races – seven in a row.

Esteban Ocon also continued to finish higher than his new Alpine teammate Fernando Alonso – totalling up an impressive 4-0 record in the race so far this season.

Two drivers were handed penalty points this weekend. Nikita Mazepin was given one penalty point for the second race in a row, with the Stewards deciding he impeded Norris at Turn 14 in qualifying. His total is now two penalty points in 12 months.

Pierre Gasly of AlphaTauri also received his first penalty points in the space of a year. Gasly was one of only a few drivers with a completely clean licence but was handed one penalty point for missing out of position at the start of the race. He was also given a 5 second time penalty during the race. 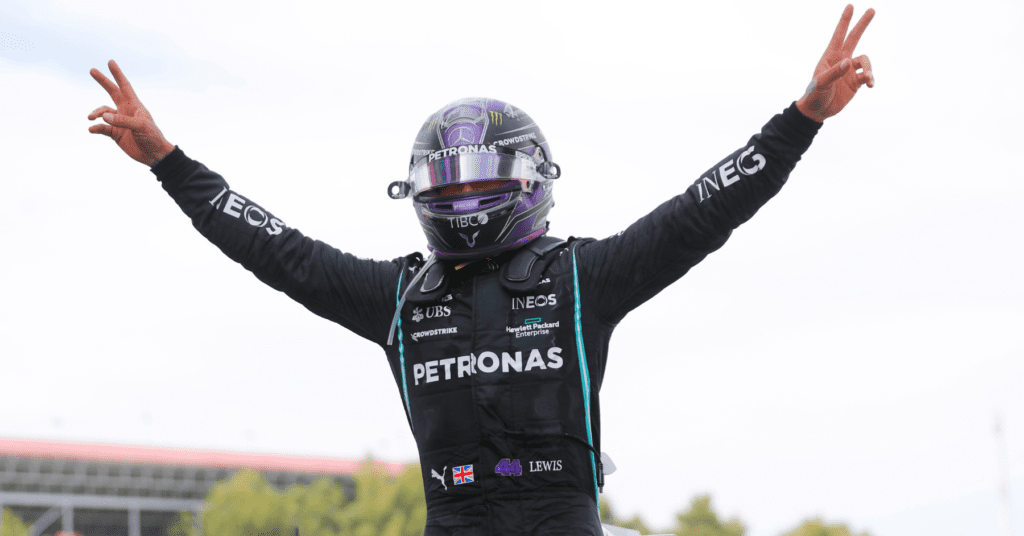