The Drivers Reckon We Could Be In For A Year Of Hardly Any Overtaking – WTF1
Skip to content
×
Formula 1 , News

The first race of 2018 wasn’t exactly a thriller, with very little in the way of overtaking. It was kinda the same last year, though, and things ended up being much better at tracks where overtaking is easier. That means we should expect the same thing this year, right?

Not according to some of the drivers. There were a few frustrated faces at the end of the race, not just because they couldn’t overtake, but because the could barely even get close enough to attempt one.

Max Verstappen was by far the most critical, saying that if he was a fan sitting at home and watching, he’d have simply turned the TV off and walked away.

“It was like Monaco. Even if you are a second or a second and a half faster, you still cannot pass. As a viewer I would have turned off the TV. And until something changes, it will stay that way. You can’t overtake. Look at Hamilton and Vettel and the same story with Alonso. They were also much slower, but you can’t pass them. You try, but it doesn’t make any difference. I think they should do something about the cars, because in the past, overtaking was no problem here.”

Verstappen struggled to pass Kevin Magnussen, damaging his car in the process, and then couldn’t find a way past Fernando Alonso either, so he was obviously going to be frustrated by the way his race panned out. However, Valtteri Bottas, who did manage to pass a few cars on his way from 15th to eighth, said that he was starting to feel the dirty air effect from as much as three seconds away.

“You already feel some losses when you are three seconds away. Once you get within one second to a few tenths it just ramps up. It [the extra DRS zone] helped a little bit but very small difference. This year it’s again more difficult to follow.”

Lewis Hamilton was in the same boat. He looked incredibly glum after the race, not just because he lost what was looking like a comfortable win, but because despite giving his car full beans he couldn’t get close enough to even attempt a move on Sebastian Vettel.

“It’s like my mother or my best friend is on the edge of a cliff. I couldn’t for the life of me, with all my abilities, all my tools, I just couldn’t get close enough to be in fighting range. I was catching him in the corners but he was quicker on the straights. Maybe the next races it’s going to be different.”

Even Daniel Ricciardo, master of the surprise late-braking lunge could only just about muster a move on Nico Hulkenberg before spending much of the rest of the race tailing Kimi Raikkonen.

“It’s not often I sit behind someone for most of the race but it’s a tight track and one of the more tricky ones for passing. There were a couple of times I had a look at Turn 3 but Kimi was wise to that and could see what I was planning.”

So, what can we expect for the rest of the season? Is it just a case of lots of drivers leaving Albert Park a little bit frustrated, or is this lack of overtaking something we’re going to have to suffer through for the rest of the season? With the cars getting ever faster and ever more reliant on extreme downforce, it’s looking a little bit ominous. Drivers might even struggle to get within DRS range.

The next two races are in Bahrain and China, where there’s traditionally a lot of passing. That’ll end up being a truer test of how well the 2018 cars can overtake each other. If they can’t? Well, then some kind of dramatic rethink will probably be needed for future regulations. The FIA can’t keep adding extra DRS zones forever… 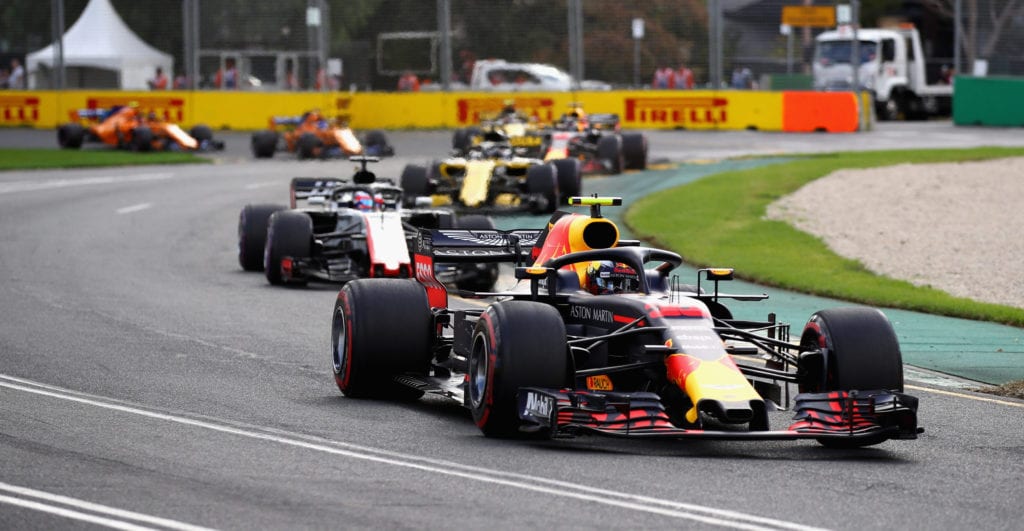