The European F1 Races Will Start An Hour Later Than Usual In 2018 – WTF1
Skip to content
×
Formula 1 , News

Another day, another announcement that Liberty has made a change to F1, this time over the weekend schedule that’s been more or less the same for years.

All sessions at European races will now start an hour later than usual to try and attract a bigger TV audience (like that’s gonna help in countries where it’s switching entirely to pay TV). On top of that, all races will now start at 10 minutes past the hour in a bid to help broadcasters who don’t have a massive pre-race build-up and want to be able to show the start of the race without having to miss it due to adverts.

That means the majority of European races will start at 15:10 local time compared to the traditional 14:00, the only exceptions being Britain, which starts at 14:10 to keep it in line with the European time zones, and France, which will start at 16:10 to avoid a clash with a World Cup game.

A statement from F1 read:

“Some broadcasters usually go on air precisely on the hour, hence missing the tension and emotion that characterise the minutes before the start of each grand prix. Thanks to this change, television viewers will be brought closer to the teams and the drivers and fully enjoy the spectacle offered just before the red lights go out.

“Other minor adjustments have been made in order to avoid clashes with other major sports events like the FIFA World Cup, to allow for differing sunset times, and to attract a wider attendance to promoters’ events.”

It’s not likely to make an enormous difference to the racing in Europe given that the sun sets quite late anyway, but since F1 fans have been in the same routine for years and years, it might take some adjusting to get used to the new schedule. I’m sure there’ll be plenty of us tuning in at the usual time only to realise we’re going to have to wait an extra hour… 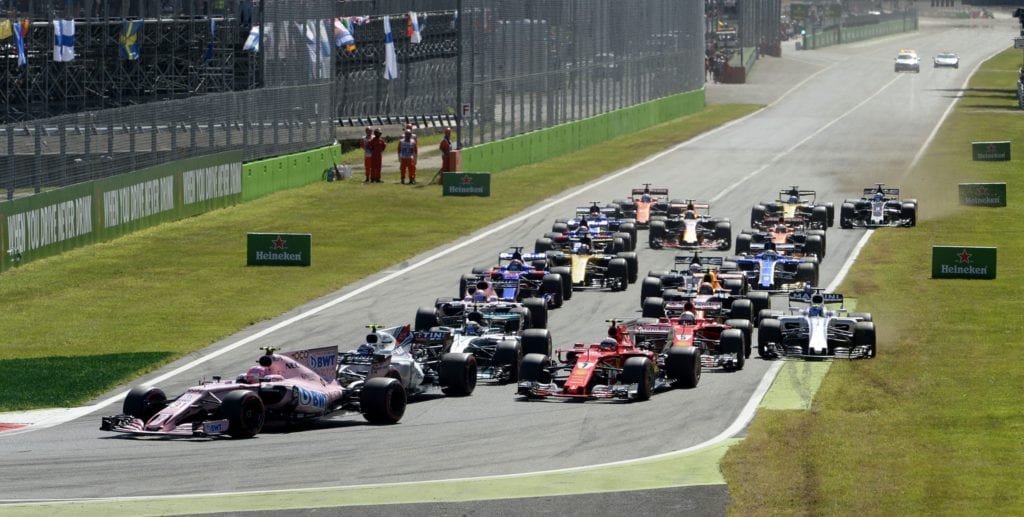