The F1 Drivers Have Spoken Out About Overtaking Difficulties – WTF1
Skip to content
×
Formula 1 , News

The F1 Drivers Have Spoken Out About Overtaking Difficulties

Albert Park isn’t a track known for being easy to overtake on, and there certainly wasn’t a lot of passing happening in the first race of the year.

In fact, there were only five on-track overtakes after the first lap, compared to 37 in 2016. That’s, errr, not many, even taking into account the smaller grid this year.

After the race many drivers spoke about how tricky it was just to follow, let alone try to pass other cars.

Lewis Hamilton got a big taste of the problems in following other cars after his first pit stop, when getting caught up behind Max Verstappen cost him the chance to stay ahead of eventual race winner Sebastian Vettel during the stops. He said:

“I know Formula One, it’s always generally been tough to follow. It’s definitely for me a lot worse, as I anticipated. I hope that doesn’t mean that for the rest of the year it’s more of a train. I don’t know if it was more exciting for you guys to watch but for me personally I want to be closer up with cars and more close wheel-to-wheel battling. It’s through pit stops that were racing now.”

Team mate Valtteri Bottas said much the same thing, and suggested that he could already feel the effects when he was as much as two seconds behind another car:

“I was trying to get close but the problem is once you get within a couple of seconds you just lose so much grip in the corners, definitely more than the years before. Which is a shame. It’s going to be difficult in places to battle with similar cars.”

It wasn’t just the Mercedes drivers who complained of the difficulty of passing, though. The Force India of Esteban Ocon spent most of the race stuck behind Fernando Alonso and despite saying the McLaren was quite slow, he admitted that “I couldn’t get close enough to try and attack”.

Felipe Massa was much more blunt when asked about what it was like to overtake: “What overtaking?” he quipped. “For the driver it’s fun because the way you’re driving the car is quite fun. But definitely overtaking is more difficult than how it was.”

Verstappen was yet another driver to comment on the difficulty of passing after he caught Kimi Raikkonen towards the end of the race:

“It was hard to follow and drive close behind others. I think as soon as you get within two seconds you can really feel it and could destroy your tyres.”

He’s certainly changed his tune from a few weeks ago, when he said that he didn’t expect passing to be any more difficult after giving it a try during testing. Of course things are very different in testing, but maybe that gives us a small reason to be optimistic when we get to more overtaking-friendly circuits, like the next two races in China and Bahrain.

If there’s no improvement in the action there then expect the FIA to fiddle with the DRS zones to make it more effective. And if that still doesnt work then, well, I guess we’ll just have to deal with it, for this year at least. And unlike when we had the same problems 10 years ago, there won’t even be any Trulli trains to close people up. Oh dear. Maybe it’s time for him to make a comeback? 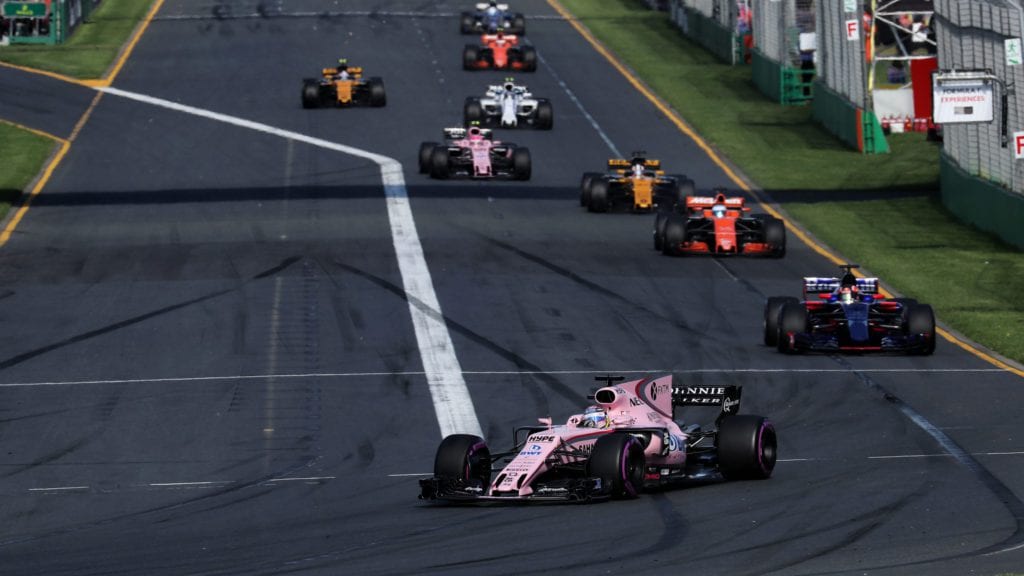