If you’re like us, you’ve been playing the F1 game a load over the summer break as we wait for the Belgian Grand Prix to arrive. Well, now EA has gone and updated its driver rankings in the game, and it’s certainly split opinion 👀

The first ratings were shared after Monaco, but plenty has changed since then, and the new rankings reflect that. They are split into experience, racecraft, awareness and pace, with the results of this producing an overall grade.

Here are the winners and losers from this game update!

The current championship leader has won four of the six races since the rankings were first shared. As a result, his awareness has increased by two (81) and his pace up by one (98). This moves him to an overall score of 95, the highest in the game.

George Russell has moved himself up the list, with the Brit being on the podium three times since the first ratings were announced, as well as finishing in front of Lewis Hamilton in another two and also getting his first pole position. As a result, George’s overall score has gone up by two (92), his experience up by one (65), racecraft increasing by four (94) and pace by two (95). His awareness has decreased by two, though (84).

Ouch. Charles Leclerc has been demoted on the list, with the Ferrari driver now sat fourth behind Verstappen, Hamilton and Russell. Charles has had his awareness knocked down by one (90) and his pace has taken a hit, falling by three (92). It’s not all bad though, his experience has increased by one (66), but so it has for almost everyone on the grid 😬

Carlos Sainz increased his overall score by one (88), with the Spaniard getting his first race win since the first rankings were issued. His racecraft has been raised by two (91), and his pace by three (90). However, his awareness has taken a serious knock, dropping by nine points (80).

Valtteri Bottas has been kicked back two points in his overall ranking with this update (86). Despite his experience (78), racecraft (85) and awareness (94) all raising by one, his pace has let him down as its been decreased by four (86).

Despite having a very rocky season, Daniel Ricciardo’s score has managed to increase since Monaco. His overall ranking goes up by one (84), as does his experience (83) and racecraft (89). His pace is also up by two (82), but his awareness has been taken down by nine points (84) just like Sainz.

OK, so Alex Albon hasn’t had any change to his overall rating but he’s had some serious adjustments made to his categories. His experience is up by one (61) and his pace is up by six (87), but his racecraft has been knocked down by TWELVE points (78). Yikes. That’s the biggest decrease across the whole update for a driver, but somehow it’s not impacted his overall ranking 🤷

Esteban Ocon has decreased by one point on his overall ranking (82). The Frenchman gained an additional mark for his experience (64) but lost a point for his racecraft (89).

Pierre Gasly has also had his overall ranking lowered (82) and therefore matches Ocon. Gasly had his experience increased by one (63), but decreased in every other category. His racecraft was taken down by two (88), awareness knocked back four (75) and pace lowered by two (82).

Mick Schumacher got better grades in every category but pace, with his experience up two (58), racecraft increased by five (84) and awareness raised by two (82) since Monaco, helped by two great performances in Great Britain and Austria.

Joining his teammate in having his overall score dropped by two (76), Yuki Tsunoda managed to jump up by two points for his experience (57) but lost a point in racecraft (75) and decreased by four marks in pace (79).

This year’s rookie has certainly been putting in some solid results. His pace is up an insane eleven places (78) and his experience soars by four places too (51). Zhou’s awareness is down four (76), but it hasn’t stopped him moving up five points in his overall ranking (75), the best increase on the grid 👏

Poor Nicholas Latifi, who was already the worst graded driver in the game, has taken another hit and been knocked back another point in his overall grade (69). His experience is up two (62), but his racecraft is down one (79), as is his pace (65). His awareness is also down two (74). We’d give him an overall rating of 100 for just topping FP3 in Hungary, just saying…

To see the full breakdown, and to see how your favourite driver is graded, click here.

Do you agree with the rankings? Let us know in the comments below. 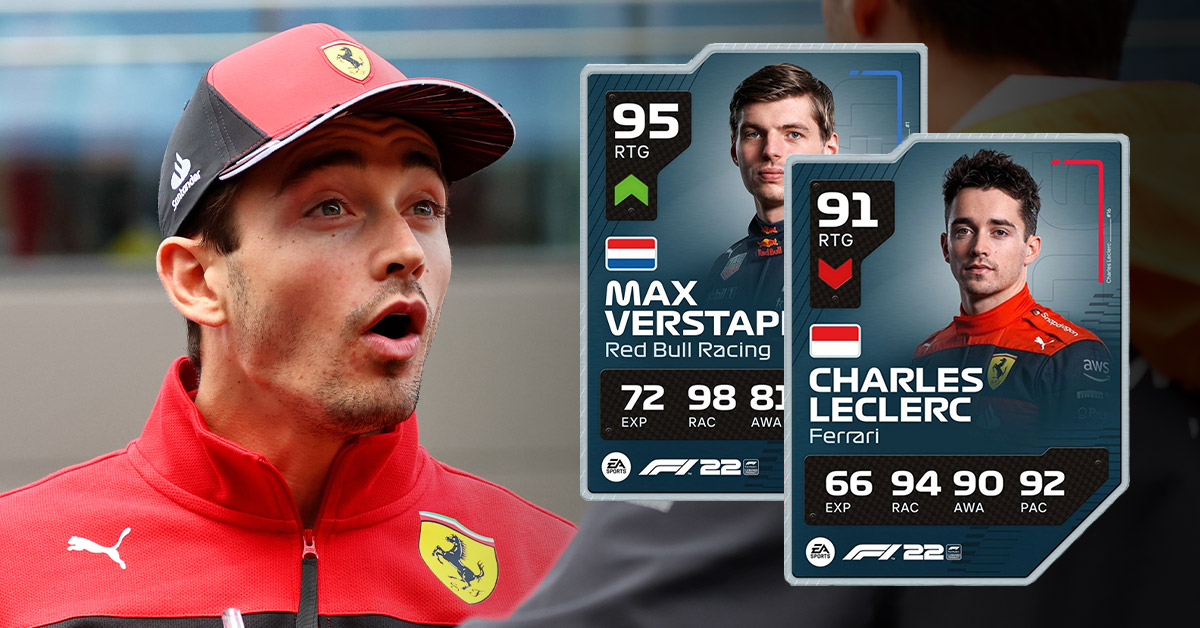