The F1 Team Principals Have Voted For Their Top 10 Drivers Of The Season – WTF1
Skip to content
×
Formula 1 , News

In something of an annual tradition, nine of the 10 team principals (Mattia Binotto must have been busy) were asked by the F1 website to come up with their top 10 drivers of the season. Points were awarded based on the current F1 points system (so 25 for a win), making a maximum of 225 points available. As usual, to ensure the whole thing is as fair as possible, all votes cast were completely anonymous.

The results? Well, the top two are the same as they have been for the last two years – Lewis Hamilton first, Max Verstappen second. However, whereas before Hamilton has won these things quite comfortably (he almost netted a perfect score last year), it’s a lot closer this time around: Hamilton ‘only’ mustered 169 points, with Verstappen on 146. Charles Leclerc’s impressive first year with Ferrari saw him end up third on 124.

Valtteri Bottas’s best season has been reflected in the points, too; he was ranked 10th in 2017 and eighth last year but this time he’s all the way up in fourth, just ahead of Sebastian Vettel.

Alex Albon ended up as top of the rookies, all three of which were in the top 10. In George Russell’s case, it goes to show that just because he saddled at the back of the grid all season, impressive performances in a slow car do get noticed by the people that matter.

Perhaps the absolute biggest surprise is that Carlos Sainz isn’t higher up. We ran some stories on our Instagram page lately and you, the fans, voted him as your driver of the season. It’s unlikely that was going to be repeated by the team bosses, but he’s only ended up seventh, with (appropriately) 55 points.

The guy took McLaren to its first podium in over five years, beat a couple of Red Bull drivers in the championship, and finished the season with almost double the points of the next midfield driver. If Carlos Sainz was a team on his own, he’d have finished fifth in the Constructors’ Championship. Was he absolutely the best driver of the season? Probably not – but after Hamilton, Verstappen and Leclerc, you’d have thought he’d have been a solid fourth.

Hamilton has won this vote every year since 2014, though it must be said that this year’s 23-point advantage over Verstappen (who’s been second every year since 2016) is the smallest winning margin he’s had. Is this a sign (in the eyes of the team bosses, anyway) that the new generation of drivers is starting to catch up to him? 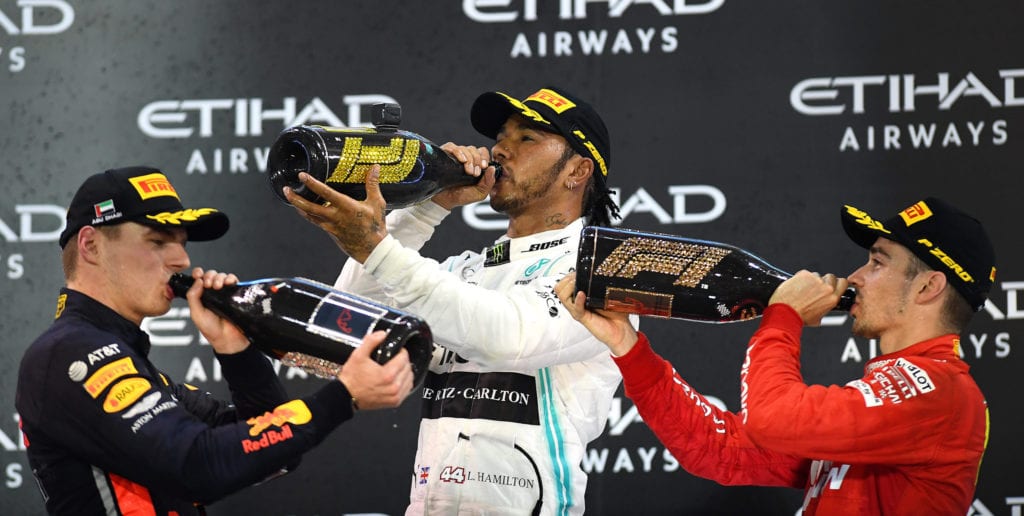