The F1 World Reacts To The Passing Of Sir Frank Williams

The motorsport community has come together to pay tribute to a legend of the F1 paddock, Sir Frank Williams, who passed away earlier today aged 79.

Founding Williams Grand Prix Engineering in an empty carpet warehouse back in 1977, Sir Frank is one of the most remarkable figures the sport has ever seen. F1’s longest serving Team Principal was a pioneer and inspiration to many, leading his team to seven drivers’ championships, nine constructors’ titles and 114 victories between 1979 and 2012.

Despite sustaining a spinal cord injury in a car crash in 1986 that left him unable to walk, Sir Frank continued to dedicate his life to the team’s success, even after stepping down from the day-to-day running. His daughter Claire Williams became the Deputy Team Principal in 2013, before both departed after Williams was bought by Dorilton Capital last year.

A statement from Williams Racing. pic.twitter.com/urzeKUL7bx

Very sad news. Sir Frank Williams leaves a lasting impression on the history of @F1. He was a pioneer, an exceptional personality & an exemplary man. On behalf of the entire @FIA Community, our thoughts are with his family, friends & @WilliamsRacing. Rest in peace, my friend https://t.co/iWygN5mYzi pic.twitter.com/uz4xyru9l4

Current and former drivers have also taken to social media to remember Sir Frank and send their thoughts to the Williams family, including Williams’ George Russell and Nicholas Latifi.

Today, we say goodbye to the man who defined our team. Sir Frank was such a genuinely wonderful human being and I’ll always remember the laughs we shared. He was more than a boss, he was a mentor and a friend to everybody who joined the Williams Racing family and so many others. pic.twitter.com/bWpFivpkmi

RIP Sir Frank Williams. Such sad news 😔 A huge loss for our sport and our team. It’s been an honour to represent your name on the world stage and we will continue to push hard to take the team back up the grid 💙 pic.twitter.com/4UKiU3CzB4

I never got the chance to meet Sir Frank but I can feel the influence and impact he had within the team. May we continue his legacy. Rest in peace 💙 https://t.co/9Dlk6tJX7k

Sir Frank Williams was one of the kindest people I had the pleasure of meeting in this sport. What he achieved is something truly special. Until his last days I know he remained a racer and a fighter at heart. His legacy will live on forever. pic.twitter.com/NDIwIvzZCl

Thank you for everything Frank.
You will be missed.
Rest in peace 🙏#VB77 @WilliamsRacing https://t.co/zM9W8To2KQ

Rest In Peace Sir Frank. You will be missed. Thoughts and prayers with all the Williams family.

Rest in peace, Sir Frank Williams. I owe so much to you and your family. I am forever thankful and my thoughts are with you, Jonathan and Claire, and everyone else in your family.

I will never forget…1/2 pic.twitter.com/yjIQ6pmOYI

Dear Sir Frank, please Rest In Peace! It was a privilege to race for @WilliamsRacing! You’ve been a tough but great boss, i treasure every millisecond i spent with you! The motorsport world, your friends & family will miss you, my condolences to all! Your legacy lives on forever

Up and down the grid, teams have also paid tribute to Sir Frank and the legacy he has left to F1, including Ann Bradshaw, who became one of F1’s first-ever press officers when she joined Williams in 1985.

a legend has left us.

Rest in Peace, Sir Frank Williams, your contribution to the sport and legacy will never be forgotten 💙 pic.twitter.com/09yZE4GfOK

Today we lost a legend of the sport. The name of Sir Frank Williams will be forever engrained in the history of Formula 1 and an inspiration for us all.

We pay tribute to a great man who played a major role in the history of Formula 1.
Sir Frank was passionate about motorsport, a fierce and brave rival who led the team, that still bears his name, to so much success. @WilliamsRacing pic.twitter.com/rtbx8Sl7aP

We’re saddened to learn the passing of Sir Frank Williams, a true pioneer of our sport.

We’d like to pass on our condolences to his family, friends and the Williams Racing Team. pic.twitter.com/uo7fMA4Kxq

A statement from Honda F1 pic.twitter.com/kyYXsCgdMj

We have lost a true hero of our sport and an inspiration for so many beyond it. Sir Frank not only created a special F1 legacy but showed the power of human determination to overcome huge adversity. Thoughts with his family and the Williams team. pic.twitter.com/oVD73NkSKu

My racing family has always been Williams so can’t describe my sadness at hearing of the death of Frank. My boss, friend and inspiration for many years RIP He had a smile when he was with his beloved cars and racing drivers This picture is how I want to remember him pic.twitter.com/EgZWli4tku 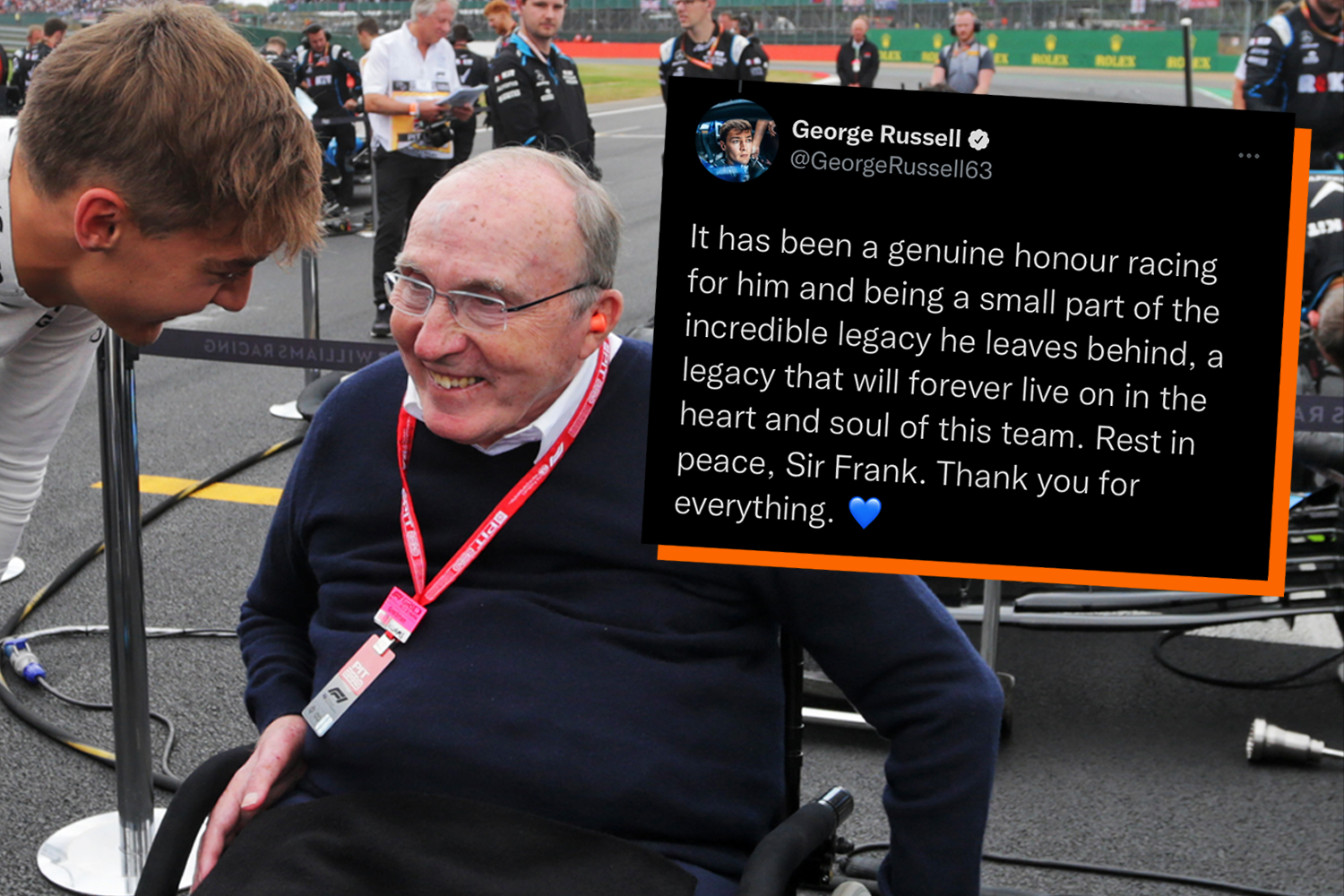 Will Alex Albon Still Be A Red Bull Driver After His Move To Williams?