The Fastest F1 Car Of All Time

Speed. That’s the core of F1. Racing and drama come with it, but break-neck speeds make everything way more exciting. On this day, 15 years ago, the Honda F1 team took this to another level when they set the speed record for an F1 car at the Bonneville Salt Flats in the USA.

Modern F1 cars normally hit 320km/h (200mph) at most race weekends and they have done for years. It’s crazy but we’re used to it. The fastest a car has gone in a Grand Prix weekend was Valtteri Bottas who clocked 378km\h (nearly 235mph) in his Williams at Baku in 2016. These cars don’t hang around.

Top speed like that is mad when you consider that an F1 car is really designed for the corners. The car makes downforce which manipulates the air around the car to push it into the road so it can go faster through the corners. But on straights that creates drag, the large wings pull the car back and bring down the top speed.

But what happens if your only goal is top speed?

15 years ago, the Honda team asked themselves just that and decided to see how fast they could go in an F1 car. They set themselves a miracle goal of 400km/h, because that sounds achievable and impossible at the same time, and to try and beat it, they went to the world-famous Bonneville Salt Flats to see what they could do.

Bonneville is speed-freak heaven. It is an old lakebed where the water has evaporated and left behind a floor of salt. The flats are used for speed records because the ground is exactly that, flat! Cars can go on for miles with no obstacles, perfect for speed records.

The car was a slightly adjusted version of the 2005 car. The rear wing was now a stability fin, like an aeroplane tail, and they’d taken off the restrictions on the V10 engine. Other than that it was the Monza spec of the car. The task was a flying mile, That means the car is timed at full speed between two checkpoints with an average speed taken. This is done in both directions to cancel out the wind advantage and an average is taken from the two runs.

It was way too light for the salt, it would just slip and spin the wheels. They had 11 miles to use and it took five miles to get up to speed, everything had to be so precise, every gear change would have to be made at the perfect moment.

Going for broke on salt is surreal. Alan continued: “There’s no feedback. You’re surrounded by this vast whiteness. The only way you know you’re going fast is because your helmet is getting pulled off your head and the car is screaming in seventh gear.”

The team began to adjust to the surface and Alan edged closer and closer to the goal in the most precise way possible, he was learning how the car would react and the perfect time to change gear to avoid spinning the wheels. They were going faster and faster.

But the return run failed to get to the same level! They had needed perfection.

The result eventually achieved was an official F1 record of 397.360km/h. Just shy of 400 but it was successfully the fastest an F1 car has ever officially gone!

In testing for the event with the final spec car, Alan did hit a ridiculous 413.205km/h. Again, though it couldn’t be repeated on the return. The team had done it, but without the official bit of paper.

“To be honest, we shouldn’t have got that close!” said Alan. “We had a lot of fun getting really, really close – and we have the record. It was a unique project and I’m very lucky to have been part of it.”

As publicity stunts go, this one is pretty mega! Honda have the fastest ever F1 car. They did that by embracing a whole new discipline of motorsport and adapting to achieve the impossible. 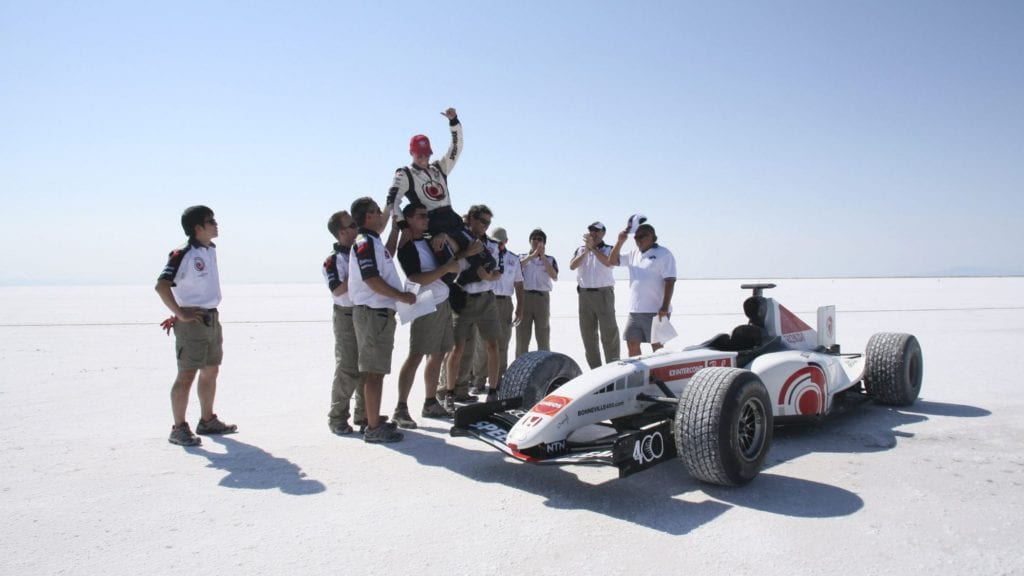