The FIA Has Changed The Position Of The Starting Lights So That They Aren’t Blocked By The Halo – WTF1
Skip to content
×
Formula 1 , News

Although the Halo makes pretty much no difference to a driver’s vision out on track, there have been some concerns that at certain tracks it could obscure the view of the starting lights for some drivers. Unless you want to see horrific crashes right at the start of a race that’s obviously less than ideal, so, starting from this weekend, the FIA has made some changes to make the lights easier to see for everyone.

The new position for the second set of lights will actually be behind the normal lights and positioned lower, which should ensure that everyone can see them. At Albert Park, the new set will be five metres further down the track and on the left (as the drivers look at it), though this could be different for every circuit.

There used to be another set of lights that were positions halfway down the grid, but those were introduced in 2009 when the cars sprouted those tall, narrow rear wings, which we don’t have anymore, so they’ve been ditched.

One thing that won’t be different at every circuit is the height of the main set of lights. The FIA has said that these now have to be exactly the same height from the track at every circuit, which is such a sensible idea that you wonder why it hasn’t been done before.

Drivers will also be allowed to do some practice starts at the end of the Friday free practice sessions this weekend (which isn’t normally the case at Albert Park) so that the first time they experience the new setup isn’t just as the race is about to start.

It’s good to see the FIA taking steps to solve a potential problem, rather than waiting a few races for everyone to moan about it before finally doing something. Wait – the FIA being proactive? Is this even F1?! 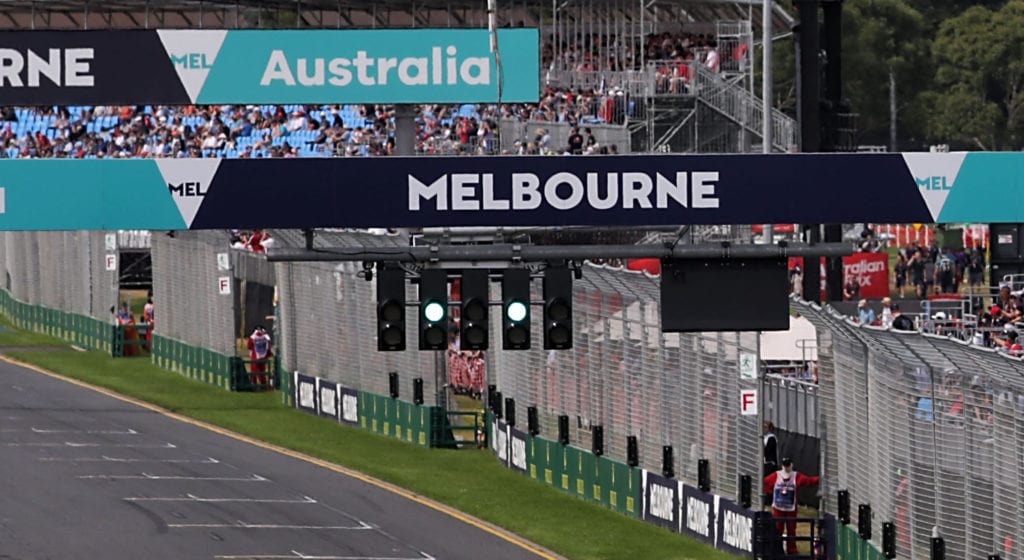