The FIA Has Confirmed Some New Rules And Regulations For The 2019 F1 Season – WTF1
Skip to content
×
Formula 1 , News

Along with the 2019 calendar that is a carbon copy of the one revealed a few weeks ago, the FIA has released confirmation of some minor rule and regulation changes for next year in addition to the bigger change of slightly simplified aero in an attempt to reduce the dirty air effect next.

Firstly, the camera mount above the Halo will be repositioned to give a better view from onboard. This was a big issue that the sport encountered in Australia where it clearly got in the way and visibility from a broadcasting perspective was poor. There have already been improvements here, but the plan for 2019 seems to be an attempt to make the Halo a bit more subtle in the onboard shots.

Rearward visibility is also being addressed with new positions for the mirrors being mandated, along with a slightly higher rear wing. This comes in the wake of complaints from drivers that rear visibility has become particularly bad in recent years.

Other small changes include the addition of a chequered flag light panel at the start/finish line. The flag isn’t being ditched, but this has presumably been done in an attempt to prevent races being ended when the chequered flag gets accidentally waved early, like in Canada. There has also been a change in the sporting regulations that mean cars can no longer overtake after a safety car period until they reach the start/finish line, rather than the first ‘safety car’ line, usually located at the pit entrance. 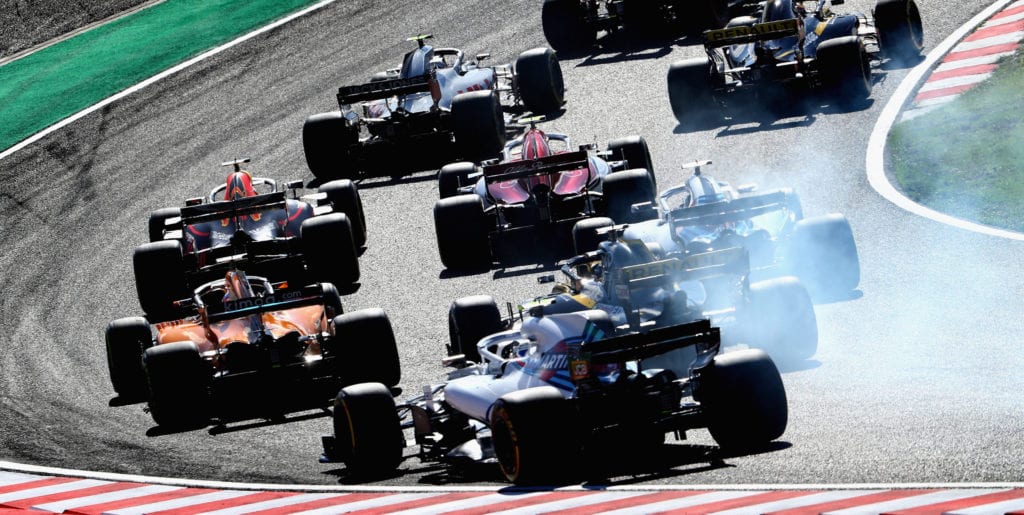