The FIA Has Revealed The First Image Of The ‘Shield’ F1 Cockpit Protector – WTF1
Skip to content
×
Formula 1 , News

For a little while now, the FIA has been testing and developing cockpit protection for Formula 1, which first started with the weird-looking ‘halo’.

Red Bull even showed off its own device, the ‘aeroscreen’. Cockpit protection was set to be introduced in 2017 but this was delayed, to allow for more analysis and testing.

It was later revealed the FIA had backed a new cockpit protector called the shield, which has now been officially unveiled on Saturday at the Austrian Grand Prix.

The shield is featured on a Williams FW40, the team’s current car, and shows similarities to the Red Bull aeroscreen – with a wrap-around screen that extends further down the nose.

It definitely is far more visually appealing than the halo and is a more elegant solution compared to the aeroscreen, and there are a few different designs being considered.

Of course, cockpit protection has long been investigated by the FIA and became even more important after the deaths of Jules Bianchi and Justin Wilson.

The shield is being tested both indoors and outdoors, and the target is for a full track test at Monza in September, but a development version will be tried out much sooner.

Ferrari will complete a test of the shield during first practice at next weekend’s British Grand Prix, in order to gain some initial feedback.

What do you make of the shield? Let us know in the comments. 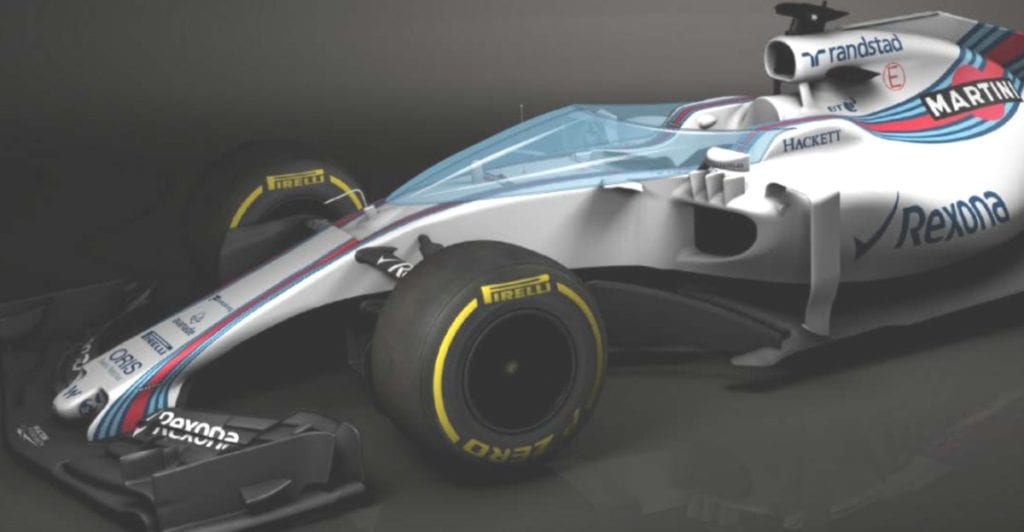