The FIA Is Making It Easier To See F1 Driver Names And Numbers – WTF1
Skip to content
×
Formula 1 , News

In recent years, it’s become pretty tough to tell F1 team-mates apart when they’re behind the wheel, especially when they have similar helmet colours.

With the F1 cars travelling so fast and the driver numbers and names being so small (and, sometimes, awkwardly placed), it’s difficult for spectators and TV viewers to know who they’re watching.

It’s not like in IndyCar or Nascar, where each livery is different and easily distinguishable. But the FIA is looking to change that and make things easier for fans.

Alongside a number of rule changes agreed at the last F1 Strategy Group, the F1 teams were told that “sporting regulations will be strictly enforced” to make sure driver names and numbers are clearer.

FIA race director Whiting wrote a letter to teams clarifying and stating the requirements for teams, which are set to come into force from the Spanish Grand Prix onwards.

According to Motorsport.com, he said the race numbers should be “at least 230mm high” and the names should be 150mm, and on the external bodywork.

Teams can use the ‘TLA’, which is the timing screen abbreviation for a driver’s name (so, GRO, PER, HAM, BOT). It’s an option, but we’d probably prefer them to use full names.

Article 9.2 of the sporting rules outlines the season-long number allocation, but it also explains that “this number must be clearly visible from the front of the car and on the driver’s crash helmet”.

The next one, Article 9.3, then adds the “name of emblem of the make of the car must appear on the front of the nose of the car” and must be “at least 25mm in its largest dimension”.

It also says the name of the driver must appear on the external bodywork and be clearly legible but as we know, that isn’t always the case.

Whiting’s later said each car number must be “clearly visible from the front of the car” and the numbers should be “no less than 230mm high”, with a “minimum stroke thickness of 40mm”.

On the driver name, Whiting said it should be “clearly legible on the external bodywork” and “no less than 150mm high”, with a minimum stroke thickness of 30mm.

In both cases, they must be a contrasting colour to the background, to make sure they stand out. You don’t want a light grey driver number on a white livery.

It’s be great to have nice, big driver names and numbers on various parts of the car but especially with a mid-season change, teams won’t want to give up sponsor space and make livery changes.

Still, Whiting’s made clear that all cars must be presented in Barcelona with “new, much clearer identification” and if not, the car will be reported to the stewards and that could lead to exclusion from the event.

Are you a fan of bigger, more visible driver names and numbers? Let us know below! 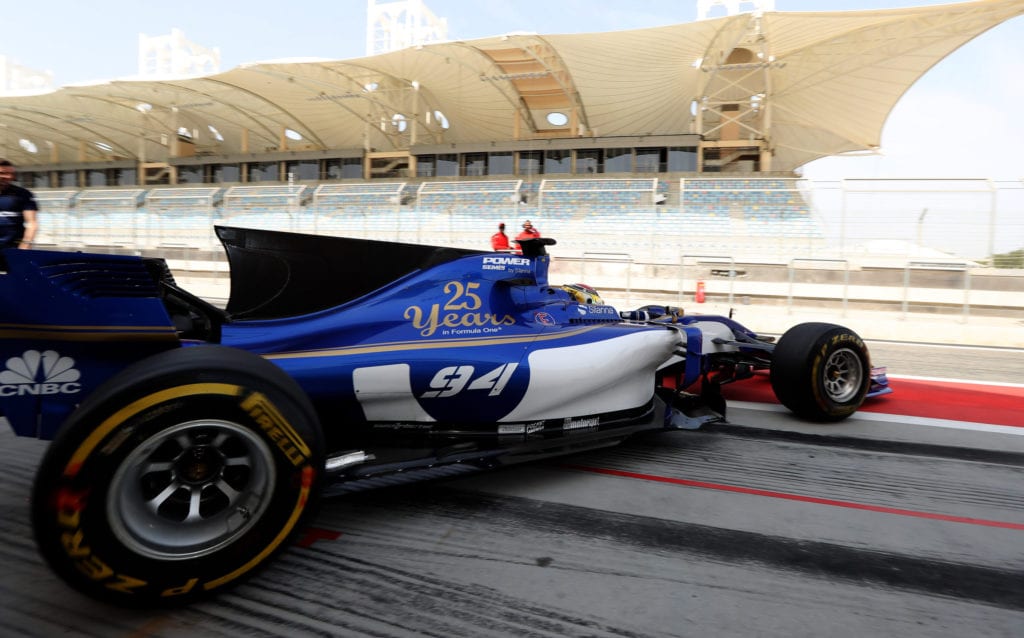