The FIA President Has Announced A Review Into The F1 Regulations After Spa – WTF1
Skip to content
×
Formula 1 , News

There were a lot of good reasons to be annoyed at the FIA during the Belgian GP. Obviously, we’re not blaming them for the weather and not racing was definitely the right decision. However, during all the stoppages and delays, everyone was massively confused by the vague regulations. FIA President Jean Todt has now announced that they’re actually going to be reviewing the rules!

When the FIA tried to start the race after many, many delays, we all assumed that the overall three hour race time started. But it turned out that the clock had started counting down from 15:00, the scheduled time for the race to start.

Then it became clear that the 44 lap race was actually going to be 39 laps because of the start delays and the safety car laps. So many random hidden rules came to the surface.

We've completed two laps and we will have a classification

The cars will be out on track for a maximum of 1 hour from the green light ⏱#BelgianGP 🇧🇪 #F1 pic.twitter.com/NRUIGcJfE1

The TV commentators had no clue, and it appeared that the teams were telling Michael Masi what the rules were. It was a mess.

“The FIA Stewards have, based on the provisions of the International Sporting Code, stopped the competition to gain more time, and therefore more potential, to give the fans an F1 race,” he said.

“Despite these efforts, the race could not be started after the safety car laps, and the existing regulations have been correctly applied. I would like to thank and congratulate the FIA team, the ASN and all the volunteers for the quality of their work.

“The FIA together with F1 and the teams will carefully review the regulations to see what can be learned and improved for the future. The findings, including the topic of points allocation, will be added to the agenda of the next F1 Commission meeting on October 5.”

Conditions look even worse. This will surely just be some laps so half points are awarded. #BelgianGP #WTF1

So over the next month, a review will take a look into the regulations to hopefully make them much easier for us fans and the race director to understand!

The best way to deal with hazardous conditions is with clear and understandable guidelines that don’t mess around with race distances, clocks and when the race actually started.

There is a lot right in the F1 rules; the standing start in the wet is well-meaning, and actually attempting to start is too, but the processes for everyone should be simple.

Hopefully, this strange weekend will make F1 much better for the future! 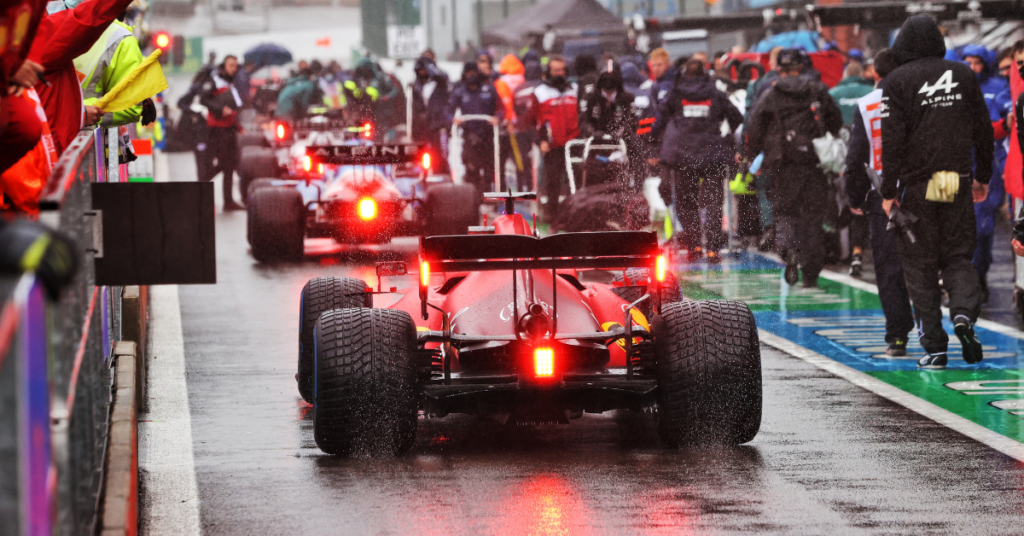