The FIA Safety Department Will Be Looking Into The Hamilton Verstappen Crash – WTF1
Skip to content
×
Crash , Formula 1 , News
2 comments

The 2021 Italian Grand Prix is going to be remembered for many things. Danny Ric’s eighth F1 career win, Bottas starting at the back and storming through the field to finish third, oh and that teeny tiny crash between the two title rivals. Seriously, we’re surprised people aren’t mentioning that much… we joke.

The incident almost seemed to be our modern equivalent to a Senna Prost. There isn’t any higher drama than championship rivals crashing into each other.

However, this was not a normal crash at all. Verstappen’s car got unsettled by the kerbs and then launched upwards by contact with Hamilton’s rear-wheel whilst they both were getting on the power.

Verstappen’s car then landed on the roll hoop of the Merc and the halo before sliding down with one of the rear wheels hitting Hamilton’s head.

It’s a rare type of crash and one that’s unique to open-wheel single-seater cars. Because of how bizarre it was to have the Red Bull car rest on the top of the Mercedes, the FIA safety department will investigate the crash and how it came about.

“Incidents that are different, so it’s not necessarily a high G impact or anything like that, or are unusual, we do look at,” said F1 Race Director Michael Masi after the race. “Our safety department does look at them in detail, investigate and see what we can learn and what we can improve for the future.

“That’s how we have a whole lot of the safety features that we have today and will continue to evolve into the future.”

The FIA often don’t investigate crashes that happen at slow speed, but Masi said they are all treated individually, and because of where the two cars ended up, this one is going to be investigated further.

It’s a credit to the current safety standards that Max and Lewis could walk away unscathed from that crash. It was truly scary stuff but was also an advert for how safe these modern cars are. An investigation that makes that even safer somehow is such a good thing. The future of cockpit protection is an important topic that the FIA continues to work on.

In the end, Verstappen was given a three-place grid drop for the Russian GP in two weeks time because he was deemed predominantly to blame by the Stewards. 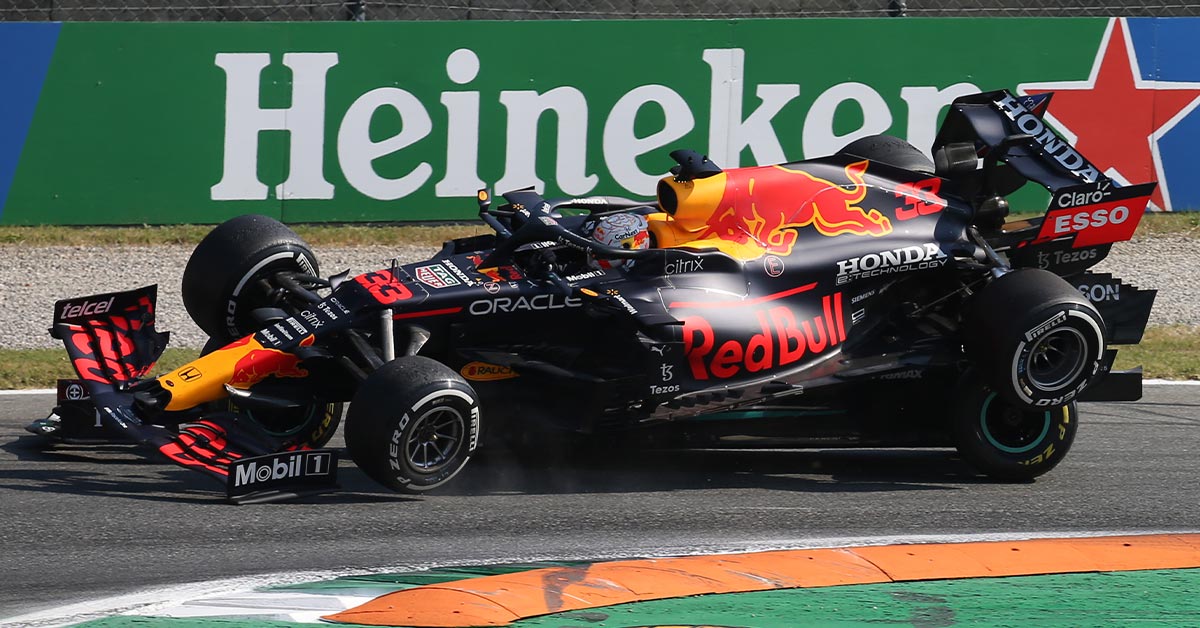