The First Big Crash Of Indy 500 Preparations Has Happened

The famous Indianapolis Motor Speedway oval is a tricky track to master and there’s no margin for error: If you lose control, you’re going to crash heavily.

There were no major incidents during the opening three practice sessions and the rookie test, but Newgarden became the first to suffer a big crash in the build-up to the famous race.

His Penske car snapped suddenly at the exit of Turn 1, spinning across the circuit and smashing the wall heavily.

It briefly lifted into the air and sparks flew from underneath the car, before it came to rest – and was fortunate to not be collected by anyone else.

Newgarden was checked and cleared from the medical centre afterwards and said his left foot got the worst of it, adding the crash was a “tough break” and disappointing. 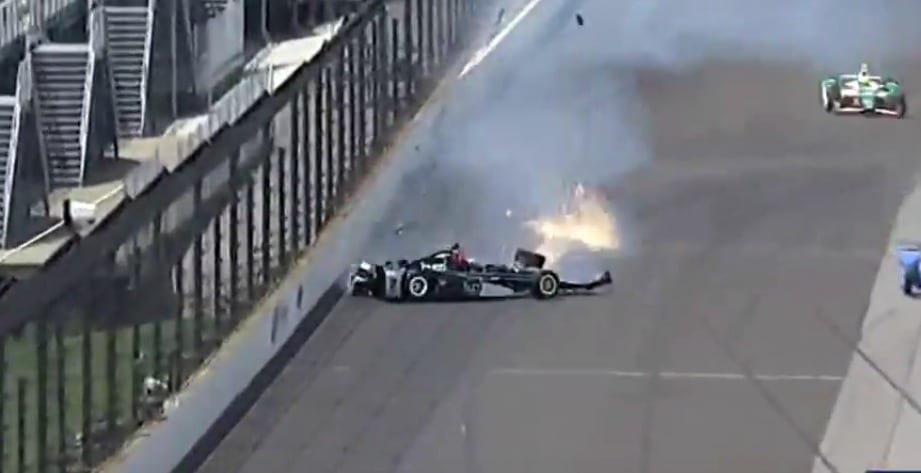