The First Day Of F1 Testing Has Been Hit By A Sandstorm – WTF1
Skip to content
×
Formula 1 , News , WTF

We know the term ‘sandbagging’ is common during pre-season testing, but a full sandstorm might be going a bit too far. I suppose one of the risks of hosting pre-season testing in the middle of a desert is that there might be the odd bit of sand. However, visibility got seriously bad during Friday’s afternoon session.

As a result of the crazy conditions, cars were slow to get out on track during the afternoon session. The Alpine of Esteban Ocon was first on track, and we could just about make him out.

This isn’t the first time that pre-season testing has been affected by sandy weather conditions.

Back in 2009, a few teams – BMW, Ferrari, and Toyota – opted to do some of their pre-season tests in Bahrain. A sandstorm hit the circuit and actually caused the day’s running to be cancelled.

Officials had no alternative but to cancel the session after the drivers had completed just a single installation lap.

It’s not known how much of the pre-season test will be impacted by this impromptu sandstorm, but teams and drivers will hope that sessions aren’t cancelled as the pre-season testing has already been cut down to just three days running.

A small electrical issue sees us delay the start of our afternoon session, we'll be out soon though.

Daniel Ricciardo was fastest in the morning session in his new McLaren, followed by Pierre Gasly and Max Verstappen. Mercedes completed very little running as a result of a suggested gearshift issue. 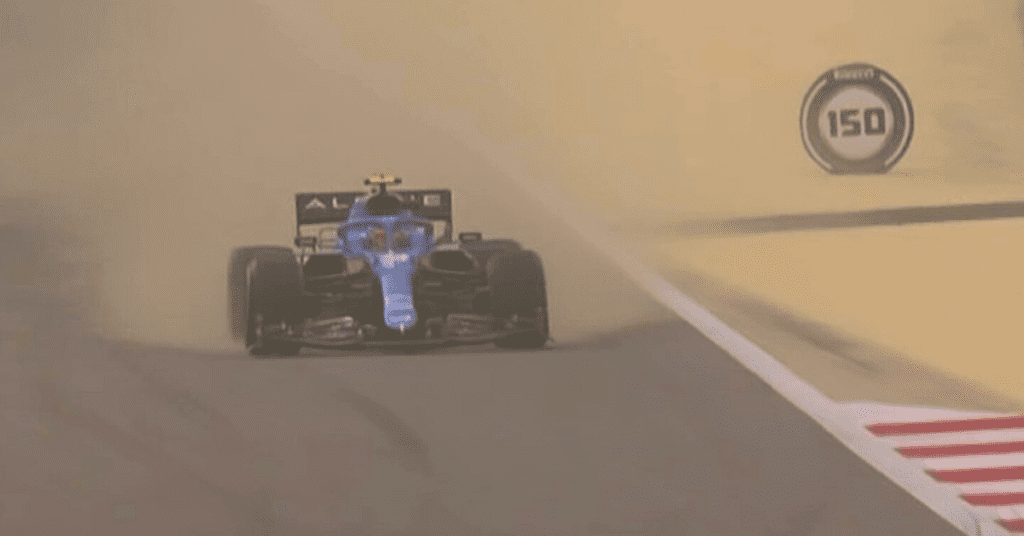