The First Two MotoGP Rounds Have Been Cancelled Due To Coronavirus – WTF1
Skip to content
×
Formula 1 , MotoGP

The First Two MotoGP Rounds Have Been Cancelled Due To Coronavirus

MotoGP was scheduled to kick off the 2020 season in Qatar this weekend, but with the country imposing travel restrictions on passengers flying into the country (particularly those from Italy, or who have been in Italy in the last two weeks), the decision has been taken to scrap the opening round altogether. However, with personnel from the Moto2 and Moto3 classes already in Qatar for a pre-event test, they’ll stay there and contest their first races as usual.

That means that the Thailand round in Buriram on 22 March will become MotoGP’s season opener… except that it doesn’t. Because that too has been “postponed indefinitely” for similar reasons, this time for all three classes. That means MotoGP won’t get underway until the COTA round on 5 April – unless that gets cancelled as well.

With the coronavirus outbreak originating in Wuhan in China, Formula E took the decision a while ago to cancel its round in Sanya, with F1 deciding to postpone the Chinese GP shortly afterwards. The hope was that the threat of virus would subside but with more and more documented cases popping up all over the world, there’s a chance that F1 could end up having to cancel even more rounds. After all, a sport which ships thousands of people from country to country every other week, drawing crowds of thousands of other people, isn’t exactly the ideal recipe for containing a pandemic.

At this point, it seems likely that Bahrain – which is located off the coast of Qatar – could be cancelled too. And with Vietnam being in South-East Asia, it wouldn’t be a surprise if that, too, had to be ditched. F1 will desperately want both to go ahead so unless the local governments themselves put a stop to it, then don’t expect F1 to take the initiative. Officials have already said that the Australian Grand Prix will happen has planned, but things can change in a short space of time. Plus, the problem is that even if the race goes ahead, it might not be with a full grid.

Italy has been heavily affected by an outbreak, with a number of domestic sporting competitions being postponed of late. And people travelling from the country elsewhere are sometimes being required to be quarantined upon arrival – an issue that has affected the ongoing Formula 2 test in Bahrain.

With the likes of Alpha Tauri, Haas, Alfa Romeo and, of course, Ferrari all having significant numbers of staff from Italy, it could seriously impact the ability of those teams to actually compete. If some teams can’t compete for that reason, would it really be fair to host a race with a small grid in order to satisfy some sort of legal remit?

It’s a tricky situation which is changing and evolving on a daily basis. And as much as it would suck having to wait until Zandvoort on 3 May to get the season underway, believe or not there are some things in life which are of far greater importance than Formula 1. If races are going to be cancelled, then lets at least hope it’s done in plenty of time. 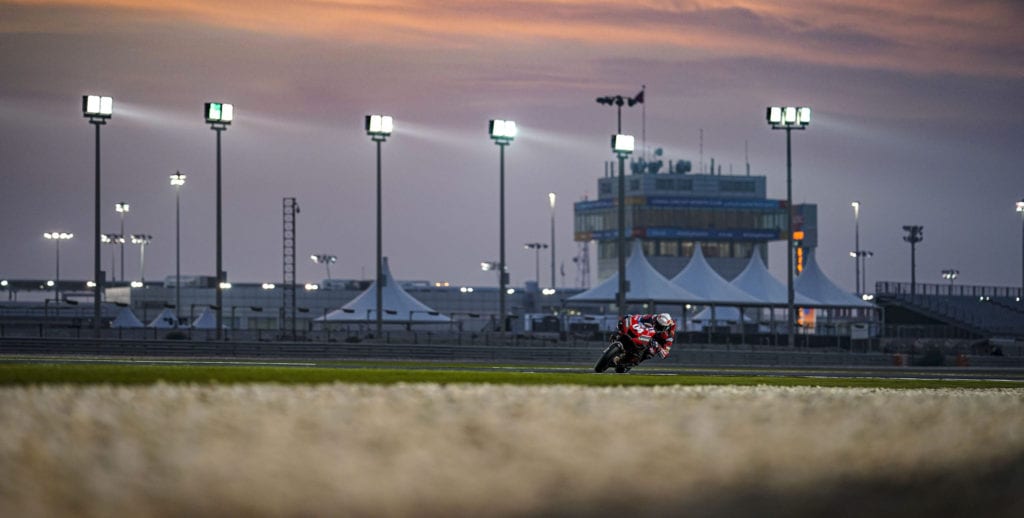