The Force India Drivers Have Been Told To Fight Rival Drivers On Lap One, Not Each Other – WTF1
Skip to content
×
Formula 1 , News

The Force India Drivers Have Been Told To Fight Rival Drivers On Lap One, Not Each Other

Force India has endured an anonymous start to 2018, but that could be set to change starting with this weekend’s Azerbaijan Grand Prix as both drivers showed decent pace during Friday practice.

It was at this race last season that on-track relations between Esteban Ocon and Sergio Perez reached boiling point, with the teammates colliding on the manic opening lap, ultimately denying them an unlikely victory at most, a serious haul of points at least. It was just one of many incidents between the pair last season and although things have cooled off since then, last time out in China the two found themselves losing places on lap one because they were too busy battling each other.

As a result, the team’s COO Otmar Szafnauer has given an instruction to the drivers to focus less on battling each other at the start. He told Sky Sports F1:

“The first lap and especially the start is very, very difficult to manage. All sorts of variables are out of your control, including Hulkenberg running you wide onto a surface that doesn’t have the same grip, and then you come back in front of your team-mate.

“It was a bit unfortunate for us that that happened, but it’s very difficult for us to control a start or first lap incident. We just have to focus on telling the drivers that if it’s a choice of running a competitor off or your team-mate, you always take the competitor.”

Fighting talk from a team clearly confident with its package this weekend. Is it too early in the season to discount Force India fight for fourth in the constructors’ title?

Szafnauer thinks recent upgrades have finally got the car to the performance levels it was expected to be at. He added:

“First and foremost we had to get all the components on the car that we’d designed and developed in the wind tunnel, and once that happened then we had a good understanding of what the car was like. The car we have here today is the car we should have had in winter testing, now we’re learning and developing from here forward.”

Friday practice indicates a potential shift in the midfield this weekend as Force India and McLaren look like they may have an edge over Renault and Haas this weekend. It will be interesting to see which of these teams ends up making the most of the points available to them in the incredibly tight midfield scrap. 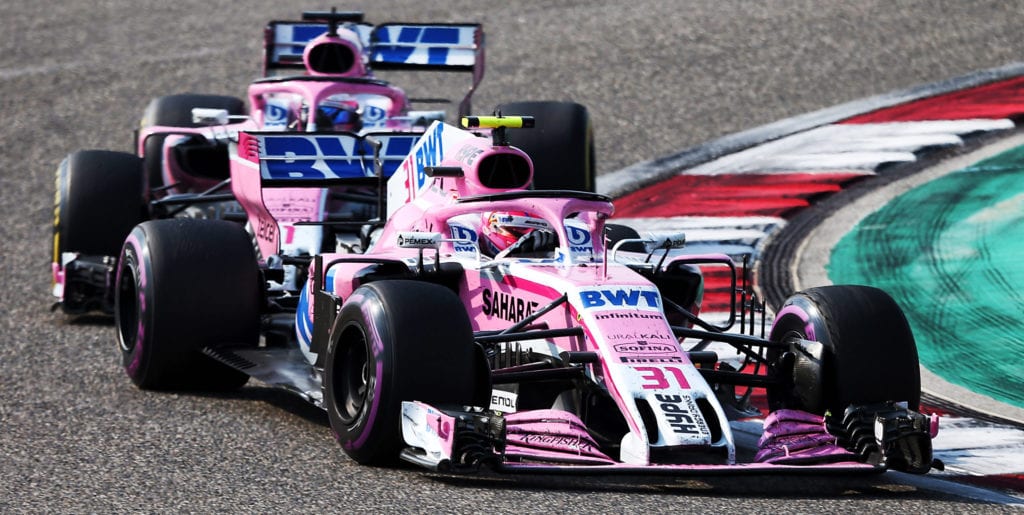