The Forgotten Story Of The 2005 San Marino GP

After a few years of underwhelming results, in 2004 the BAR team finally delivered the kind of results it had been promising since coming into the sport in 1999. Jenson Button took a string of podiums and finished third in the championship as he started to look like one of the sport’s top drivers. Teammate Takuma Sato was a little less successful thanks to some poor reliability and being… well, Sato, but he was still quick, and the team finished runners-up to Ferrari in the Constructors’ Championship.

2005 hadn’t started quite so well as, after three races, the team was still yet to score. But at Imola, things were looking rather better – Button qualified and finished third, while Sato started sixth and finished fifth.

The celebrations didn’t last long. After the race, Button’s car was found to be underweight. That would normally mean a fairly straightforward disqualification, but there was more to it than that. By little more than luck, stewards discovered that BAR had installed a hidden, secondary fuel tank which could store over 11kg of extra fuel, meaning it was theoretically possible for the car to run under the minimum weight limit (which at the time was 605kg in qualifying, 600kg in race conditions). This also meant that the team had been lying to the scrutineers and stewards when asked if all the fuel had been drained from the cars, saying it had when it hadn’t.

BAR maintained that the extra fuel was necessary for the car to work (apparently, without enough fuel, the engine wouldn’t pump it properly) and that it never ran under the weight limit, although this was pretty much impossible to prove.

Although the scrutineers at the meeting accepted BAR’s explanation, the FIA wasn’t buying any of it. After a hearing at the International Court of Appeal, Button was thrown out of the San Marino Grand Prix and, despite his car being above the minimum weight in Imola, so was Sato. On top of that, the team was thrown out of the next two races in Spain and Monaco and given a six-month ban, suspended for a year. It could have been far worse – FIA president Max Mosley was seriously against cheating and wanted BAR thrown out for the rest of the season – which probably would have been a little bit harsh…

The exclusion from San Marino meant that Alex Wurz was promoted to third in a one-off race for McLaren replacing the injured Juan Pablo Montoya, and Mark Webber and Tonio Liuzzi were promoted into the points.

Things carried on pretty badly when BAR returned. The only highlight of the first half of the season was Button’s pole at Montreal and following the farcical six-car race at Indianapolis halfway through the season, the team was dead last in the Constructors’ Championship, behind Minardi and Jordan.

The second half of the season was rather better. Button scored points in the 10 remaining races, including podiums he actually got to keep at Hockenheim and Spa. Sato was less successful, only scoring a single point and being fired at the end of the year. BAR itself also bowed out as Honda took over complete control of the team. 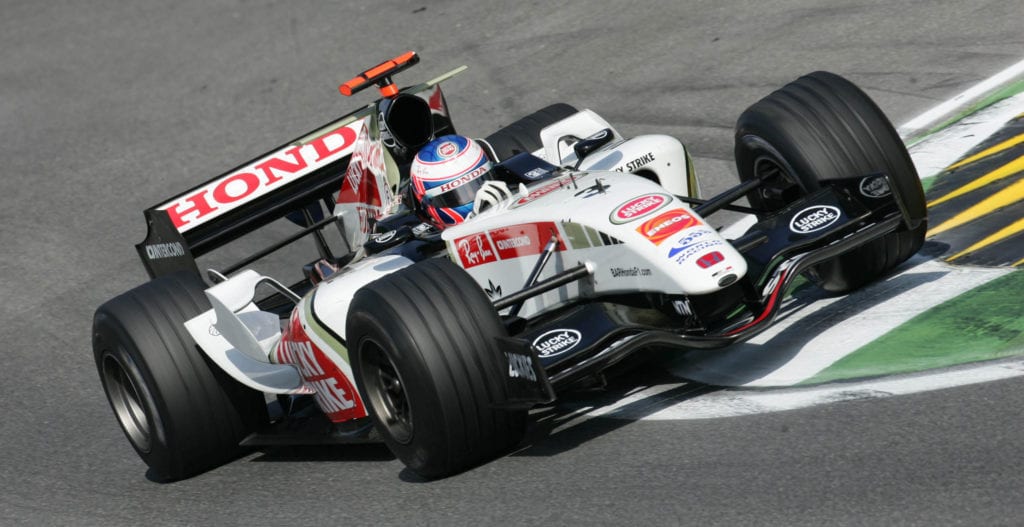