When F1 2019 was announced a few weeks ago, the teaser trailer featured a silhouette of what looked like a Dallara F2 car at the end. What did it mean? Would it simply be a driveable car, or something more?

Now, series developer Codemasters has revealed that it will indeed be a full championship based on all the teams and drivers of the 2018 season, with the 2019 season set to be added into the game in a later update.

It’s awesome news – the inclusion of a feeder series is something fans have wanted to see in an F1 game for years as it adds a whole new dimension to the career mode. You’ll be able to do battle in the crazy world of F2 before embarking on your F1 career, as well as race online.

Other announcements include a “Legends Edition” version of the game which focuses on perhaps the biggest rivalries in F1 history – Ayrton Senna and Alain Prost. This means two classic cars from their infamous 1990 championship dual – Senna’s McLaren MP4/5B and Prost’s Ferrari 641. There will also be eight race challenges featuring the two, which should be fun. Hopefully, one will centre around the infamous title-deciding race at Suzuka when Senna went full public lobby into the first corner and purposefully wiped Prost out to clinch the title, because it’d be nice to fantasise about playing that out properly. You’ll also be able to use the drivers’ likenesses in career mode.

Many of the classic cars from F1 2018 will make an appearance, with the addition of the Ferrari F10 and McLaren MP4-25 from 2010 also coming as standard with special editions of the game, apparently in celebration of F1 2019 being the 10th game in the series. It seems even Codemasters isn’t acknowledging F1 2009 on the Wii – not that we can blame them!

The cover art will also vary depending on the region you buy the game in. Lewis Hamilton and Sebastian Vettel is the standard pairing, but if you buy it in the Benelux region Vettel is replaced with Max Verstappen, in Canada it’s Lance Stroll, Australia is Daniel Ricciardo, Mexico is Sergio Perez, and Spain is Carlos Sainz. Buy the game in France and both drivers are replaced with Charles Leclerc and Pierre Gasly, whereas the Legends Edition features Prost and Senna.

Even with the ever-increasing preference for gamers to buy digital, it’s a nice touch.

And remember, the game is launching earlier this year, so you don’t have too much longer to wait. F1 2019 will be available on PC, PS4 and Xbox One from 28 June – though if you pre-order the Legends Edition, you’ll get access three days early. 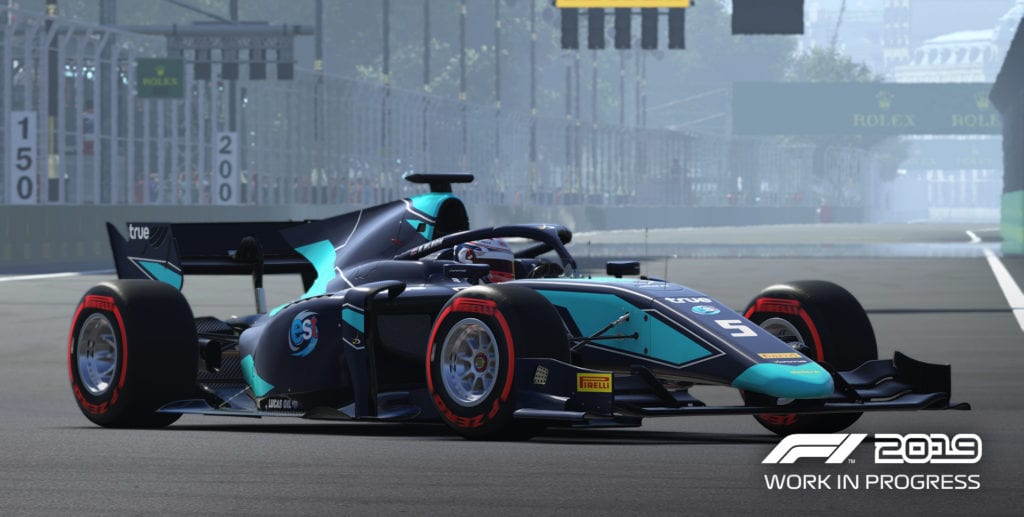