Last year, it was revealed that Vettel’s steering wheel featured an extra lever on the back that Kimi Raikkonen’s steering wheel did not have. Naturally, that led to all sorts of rumours as to what it might do – is it an extra clutch lever? A secret boost paddle? Or was it the thing he pulled to pitch himself into a spin when trying to overtake someone?

According to the Italian media and technical expert Giorgio Piola, the answer is a little bit unusual – it’s a handbrake. Not for controlling the actual brakes (that’d be illegal) and not something that makes it easier for him to pull off sick handbrake turns in the paddock (that’d be silly). Presumably it in some way effects the power unit and is a method of manually controlling the engine braking, whether through the way the internal combustion engine is running or how the hybrid system is harvesting its energy.

Apparently Kimi’s steering wheel didn’t have it simply because he didn’t want it, which makes you wonder whether it actually makes that much difference in the first place.

If it does make a difference, however, then chances are that other drivers and teams may have their own versions of it, or have at least tried it out. Is it effective? Well, it’ll probably be impossible to say. Ferrari isn’t exactly going to be keen to clarify the purpose of it and if anything, the guessing game Vettel’s extra paddle has created probably provides a bit of distraction from any of the other things the team has going on. 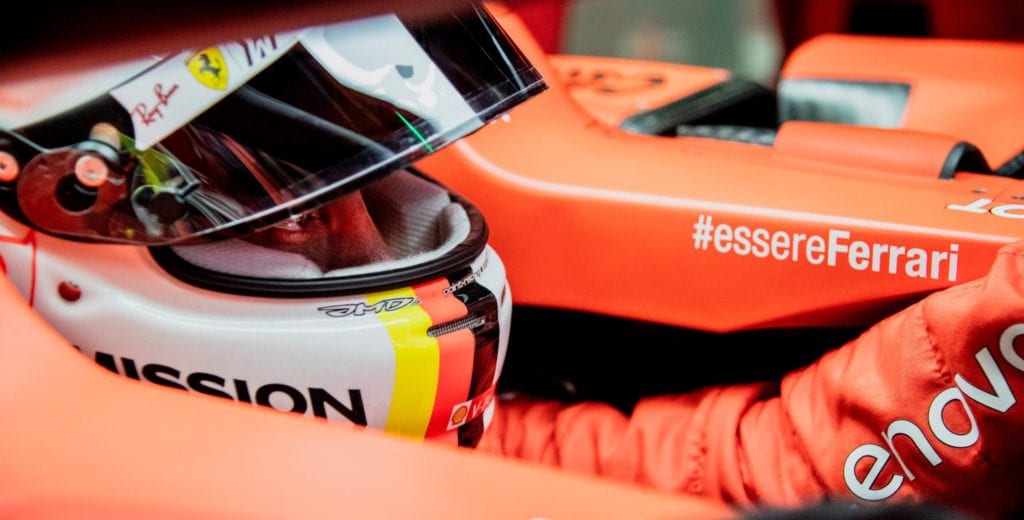