The Funniest Reactions To The Red Bull RB14 Launch

Red Bull certainly kept us all waiting when it came to the launch of its 2018 contender. For an hour we all kept our eyes glued to social media, wondering what on earth was going on.

– Adrian, we go through this every year. We have to show the car to the people.

After what seemed like forever, the RB14 and its limited edition, blue, digital camo launch livery finally broke cover. It was worth the wait.

Red Bull says it’s just a launch livery and that the race livery will be on the car for the first test in Barcelona. However, the team has really gone all-out with the digital branding, leading to some suggestions that the final livery could actually be somewhat similar – something people would certainly seem to approve of!

KEEP THIS FOR THE WHOLE SEASON!!! Kthanksbye! https://t.co/Mzcqscwfd7

Red Bull managed to release a car that looks so good, no one is talking about the halo #F1 #RB14 pic.twitter.com/PuRJ6vZDn0

Why do Red Bulls’s testing liveries look better than their real ones?? #RB14

So @redbullracing can’t you keep it like this? Looks so good. #SkinPatternCallOfDuty pic.twitter.com/l17hGrdnE5

“Get 150 headshots to unlock this camo” pic.twitter.com/y0oraWNVJK

Would you like to see Red Bull use this as its actual race livery? Let us know in the comments! 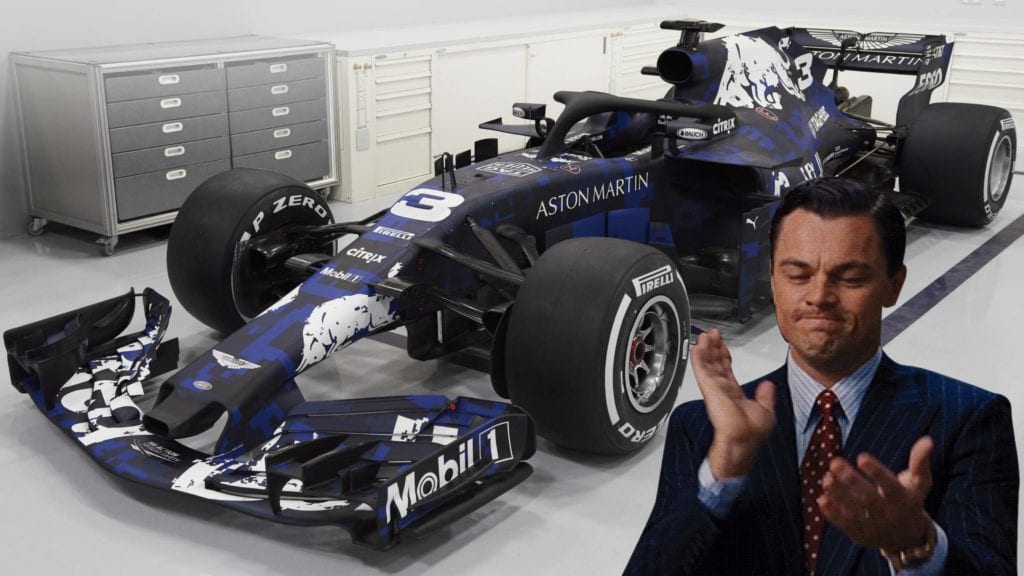