The Grand Marshal At The Barber IndyCar Race Will Be A Robot – WTF1
Skip to content
×
Indycar , WTF

In American motorsport it’s traditional for races to have a Grand Marshal to perform duties such as waving the green flag at the start or presenting the trophies after the race.

Usually this is a celebrity, former race driver or someone to do with the event sponsor, and for the upcoming Honda Indy Grand Prix of Alabama the Grand Marshal definitely falls into the latter category.

ASIMO is one of the most advanced human-like robots in the world. It can run, jump, and even recognise human faces, and was designed to assist people who need help in their lives. In that case, perhaps Honda should make ASIMO head of its F1 programme?

ASIMO has attended a huge number of public events over the years, such as making appearances at Disneyland and film premieres. Being Grand Marshal at an IndyCar race will be its latest task, and the promoter for the race at Barber is thrilled to have ASIMO attend:

“We are honored to have ASIMO as our Grand Marshal. This will be the first race event that ASIMO has attended and we are excited to make history with his appearance.”

It’s a shame Grand Marshals are mainly an American thing. I mean, getting an actual robot to start the race is seriously cool and something we just don’t get to see in F1. Come on Liberty Media, F1 needs more ceremonial robots! 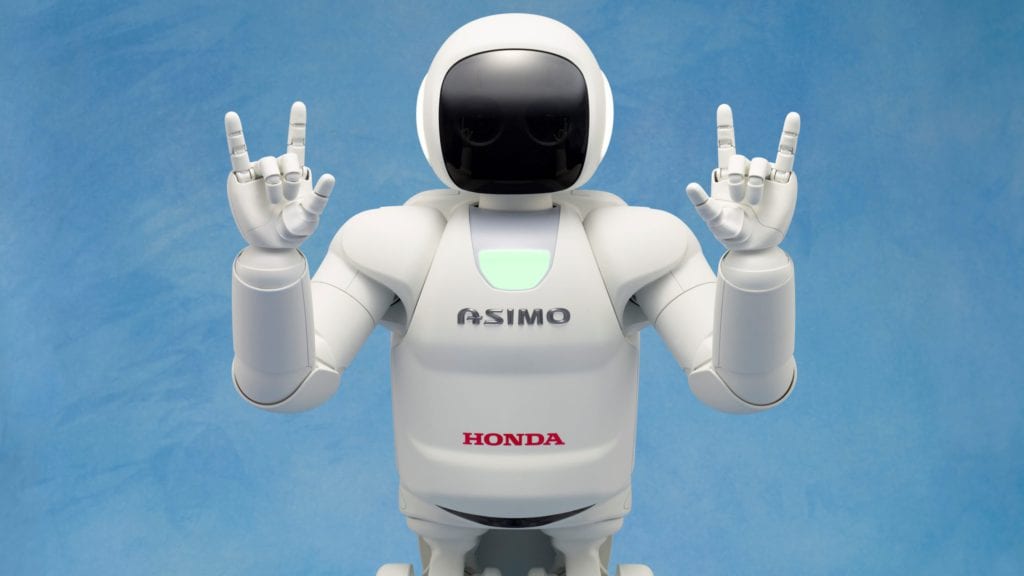