The Haas And Rich Energy Sponsorship Situation Might Not Be Over Quite Yet – WTF1
Skip to content
×
Formula 1 , News , WTF

The Rich Energy Twitter account is usually good for a laugh, and the news that came out of it last night was particularly bizarre as all sorts of odd reasons were given for apparently ending the sponsorship deal with Haas.

However, it seems that the only person to have known about the partnership ended was the person who composed the Tweet. This morning, Haas put out a statement on the situation on behalf of Guenther Steiner:

“Rich Energy is currently the title partner of Haas F1 Team. I cannot comment further on the contractual relationship between our two parties due to commercial confidentiality.” – Guenther Steiner, Team Principal pic.twitter.com/egSltgGnAO

The Rich Energy logos also remain on Haas’s website, cars, team branding and kit. Hell, even Rich Energy’s website still heavily promotes the relationship with Haas. Steiner later confirmed that the logos will remain on the car throughout the British GP weekend and added that the situation is “something I need to deal with next week”.

Adding to the mystery, a report by Autosport claims that a source inside the energy drinks company has said:

“The deal is not terminated and William [Storey, Rich Energy CEO] has no authority to do so. The investors are trying to clear up the PR mess, but it’s business as usual.”

It gets better. A report in The Sun seems to suggest that Storey doubled-down on the intent of the tweet, saying: “We terminated them. [An] unfortunate but logical decision in light of events”.

Danish newspaper Jyllands-Posten suggested the Tweet was the result of a hack (which would be odd, considering that it was still there at the time of publishing), while another Danish media report from Ekstra Bladet claims that Storey has been fired by Rich Energy’s board of investors and that the tweet was his way of a parting shot.

This is all going to get a bit messy, isn’t it? With details of the sponsorship agreement between the two parties due to be revealed next week thanks to a court order, it seems this debacle has plenty of legs left in it yet.

UPDATE: The shareholders for Rich Energy have confirmed in a statement that the tweet was the action of a “rogue individual” and that the sponsorship of Haas will continue:

“We wholeheartedly believe in the Haas F1 Team, its performance, and the organisation as a whole and we are fully committed to the current sponsorship agreement in place. We also completely believe in the product of Formula 1 and the platform it offers our brand.

“Clearly the rogue actions of one individual have caused great embarrassment. We are in the process of legally removing the individual from all executive responsibilities. They may speak for themselves but their views are not those of the company.”

“We wish to confirm our commitment to the Haas F1 Team, Formula 1 and to thank the Haas F1 Team for their support and patience whilst this matter is dealt with internally,” 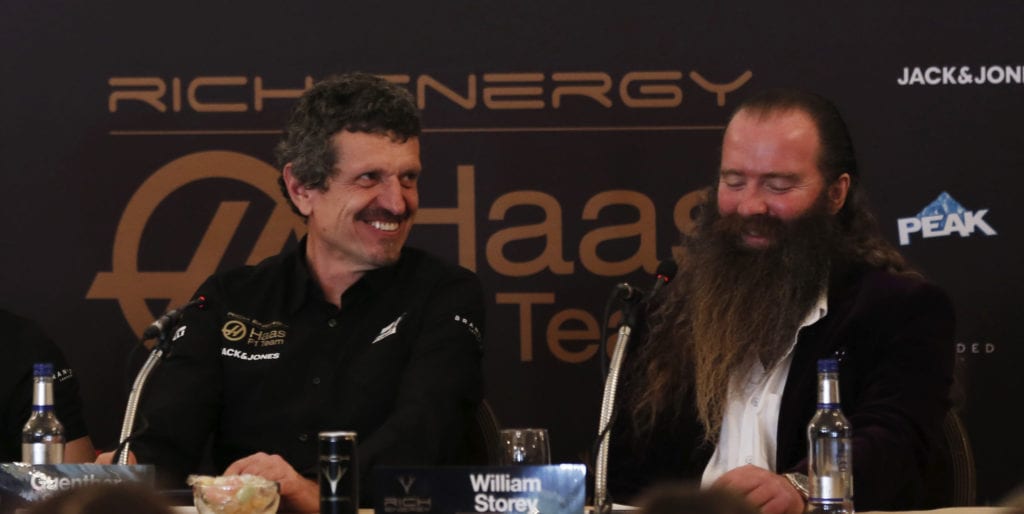