The Halo Is Going To Be A Problem At Some Tracks, According To Magnussen – WTF1
Skip to content
×
Formula 1 , News

The Halo Is Going To Be A Problem At Some Tracks, According To Magnussen

Say what you want about its looks, but the Halo hasn’t really been causing many problems in testing so far. Sure, it ripped a hole in Pierre Gasly’s race suit, but that’s pretty much the extent of the issues. Even though from the outside it obviously looks like it’s right in the driver’s eye line, many say they don’t even notice it from behind the wheel.

Kevin Magnussen isn’t ‘most drivers‘ though. He’s one of the people that have been against it from the start and it’s fair to say he’s still not totally convinced. In fact, he hates pretty much everything about it.

“Once you get into the corner it’s fine because you look to the sides and left and right of the pillar in the middle so it’s not a problem visually to see the corner. But it distracts your eye obviously when you change direction like chicanes and you have to move your vision across the pillar. It’s a little bit distracting but it isn’t any concern as such.”

On top of that, he thinks that the Halo might cause a few visibility issues at some tracks on the calendar.

“If you’re chasing someone in Eau Rouge you won’t be able to see if he makes a mistake at the top and spins if you’re down the middle part. You won’t know if he’s in the wall or not. I guess the same at Austin Turn 1 where there’s big elevation, but we’ll see.”

Will it actually be a problem? Who knows, but chances are K-Mag isn’t just angry because he doesn’t like the Halo specifically, but because he thinks F1 should have a completely open cockpit. He doesn’t even like IndyCar’s windscreen concept.

“It looks a lot nicer but I’m not even really a fan of that. It’s better than our halo but I just don’t think there should be anything. In my opinion, Formula 1 is an open car and shouldn’t be closed. I think it’s wrong for Formula 1.”

Full marks to the guy for sticking to his guns, but it’s pretty clear that full-on open cockpits as we know them will soon be a thing of the past. Time will tell whether his concerns have any merit, but as undesirable as the Halo is, you’d imagine the FIA has thought about things like visibility at Eau Rouge…right? 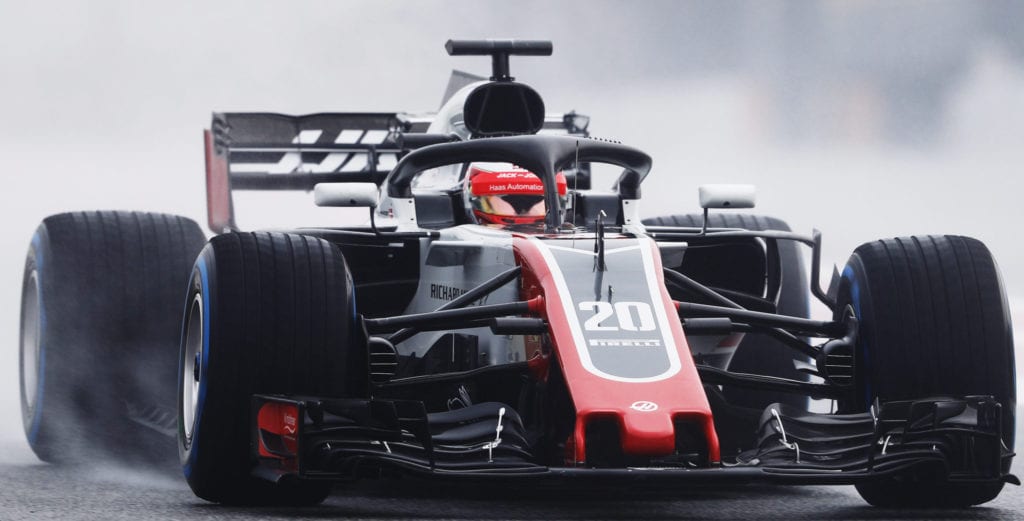