After hefty crashes and post-race penalties gave the season-opener in Abu Dhabi a bit of an unusual feeling, the Barcelona round of World RX was a slightly more ‘normal’ event, and it was utterly dominated by the Hansen MJP team. Older brother Timmy totally dominated, taking a clean sweep of topping every qualifying session, winning the semi-final and then the final – only the third driver to do so in World RX history.

Kevin Hansen wasn’t too far behind throughout the event, though, and fought off Andreas Bakkerud in the final to complete an emotional one-two for the team.

Niclas Gronholm continued his strong form with a fourth place ahead of Cyril Raymond, who put together an impressive weekend for the GCK Academy team, with Janis Baumanis rounding out the order in the final. He’d only just made it through, though, after pulling off a stellar pass on Krisztian Szabo on the last lap of the semi-final and then keeping his cool when Szabo tried to repass into the final corner.

Olympic cycling legend Sir Chris Hoy made his debut this weekend and performed very impressively, almost winning his heat in Q3, finishing 15th out of the 18 competitors and scoring two championship points on his rallycross debut.

A baptism of fire for the Olympic Champion, but @chrishoy1 has done an incredible job to get up to speed! • @speedmachineuk @coopertireeu @dayinsure @xiteracing @motortrend

The result means that Kevin Hansen still leads the championship from Gronholm, but Timmy’s monster weekend has already shot him up to third in the standings after finishing only 13th in Abu Dhabi.

A battle of the brothers for the championship? Yeah, we’re onboard with that – especially if a few other drivers can get involved, too!

The next round takes place at Spa-Francorchamps on 11 May. Oh yeah, and 2016 champ Mattias Ekstrom is back for a one-off event, which should be interesting! 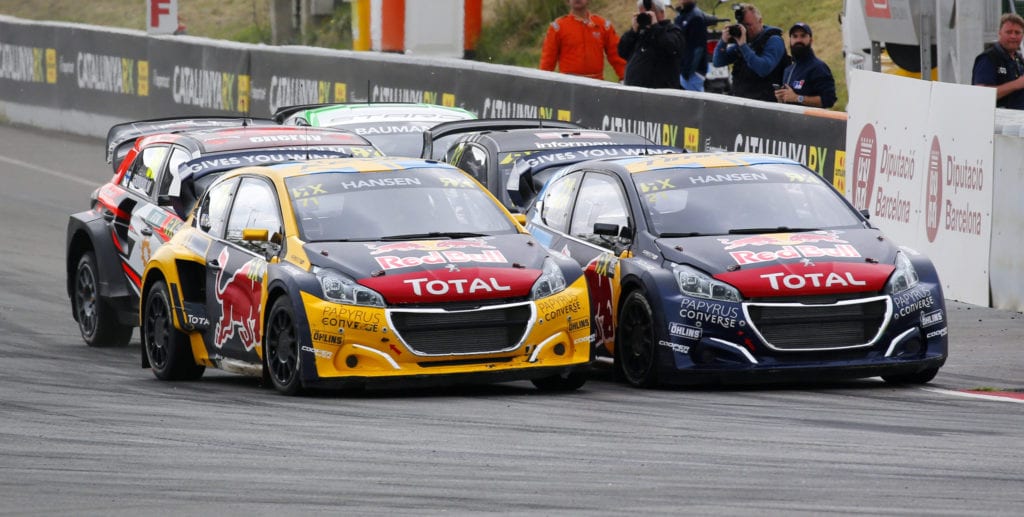