The Historic F1 Championship Will Support The British GP This Year

If you wish there was more than one F1 race every weekend, you’re in luck. No, the sport isn’t adopting the feature/sprint format that Formula 2 and GP3 use (thankfully) but the FIA Masters Historic Formula 1 Championship will be part of the support package at Silverstone for the British GP.

The series features a ton of cars from the 1970s and 80s – most of which are powered by the legendary 3.0-litre Cosworth DFV – with everything from fairly rudimentary early 70s cars to the high-downforce ground effect monsters of the early 1980s eligible to compete.

But just because they’re old it doesn’t mean the drivers tiptoe around saving the equipment, oh no. This is proper racing where the drivers really go for it.

Getting the series to race on a weekend that’s jam-packed with fans (as is usually the case at the British GP) is a great move as it’ll expose younger fans to a previous era of the sport and bring back some memories for older fans. The only problem is that the diversity of the historics with their screaming V8s is going to be a tough act to follow for the 2018 cars with their hybrid engines and Halos… 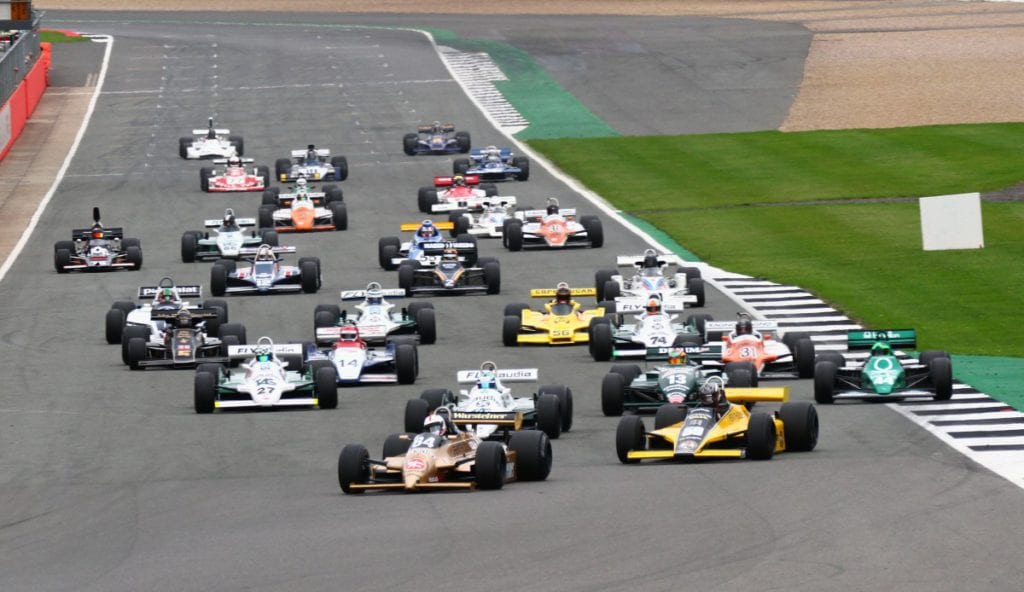